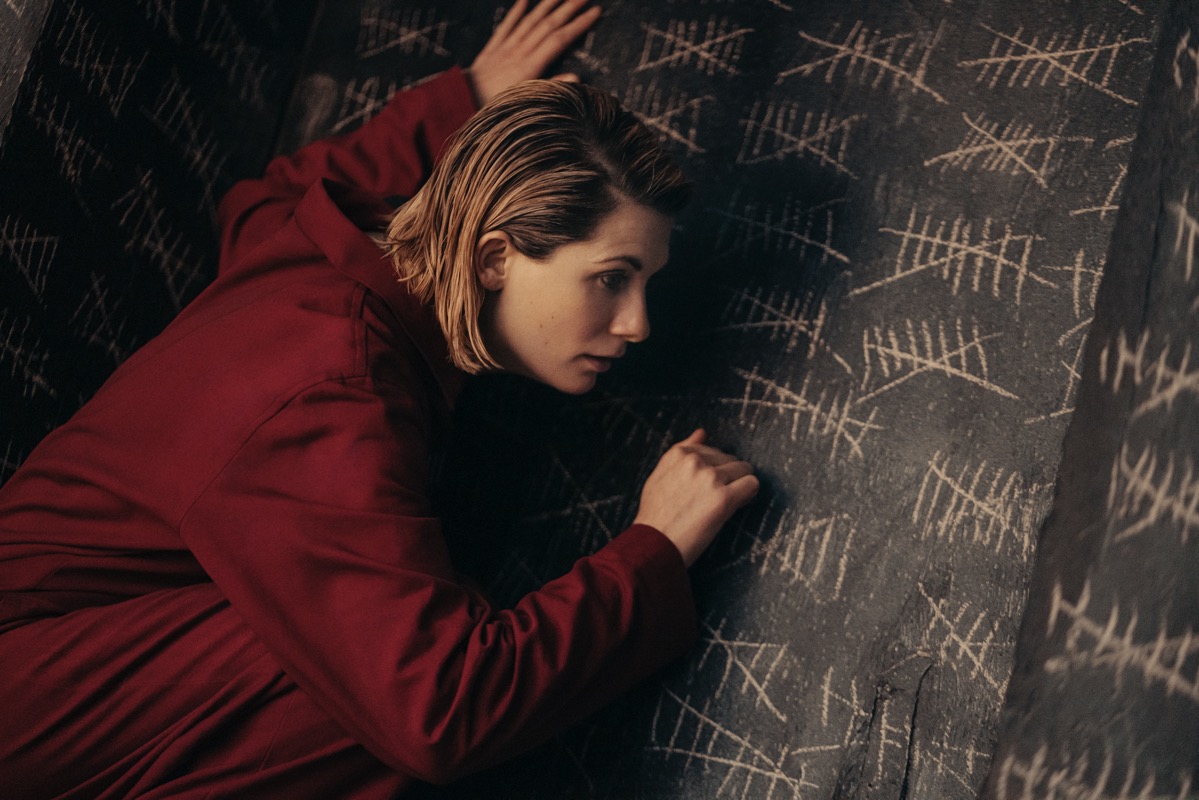 Today, during BBC AMERICA’s virtual New York Comic Con panel for Doctor Who, moderated by Salon.com’s TV Critic Melanie McFarland, panelists Jodie Whittaker (the Doctor), Mandip Gill (Yaz) and Bradley Walsh (Graham) revealed two all-new photos from the highly anticipated holiday special, “Revolution of the Daleks.” View panel here. With the season finale seeing the Doctor being locked away in a high-security alien prison, the first photo gives a glimpse to the Doctor’s incarceration. The second photo hints at Yaz, Ryan and Graham’s life back in Sheffield without the Doctor, while her whereabouts are unbeknownst to them. During the panel, it was also confirmed that BBCA’s upcoming holiday programming schedule will once again include the annual tradition of a week-long Doctor Who marathon running from Christmas Day to New Year’s Day.

The latest season was packed full of shocking twists, turns and surprises, and the upcoming holiday special will see the return of one of the Doctor’s biggest and most feared enemies – the Daleks. The Doctor is locked away in a high-security alien prison. Isolated, alone, with no hope of escape. Far away, on Earth, her best friends, Yaz, Ryan and Graham have to pick up their lives without her. But it’s not easy. Old habits die hard. Especially when they discover a disturbing plan forming. A plan which involves a Dalek. How can you fight a Dalek, without the Doctor? “Revolution of the Daleks” premieres this holiday season on BBC AMERICA.