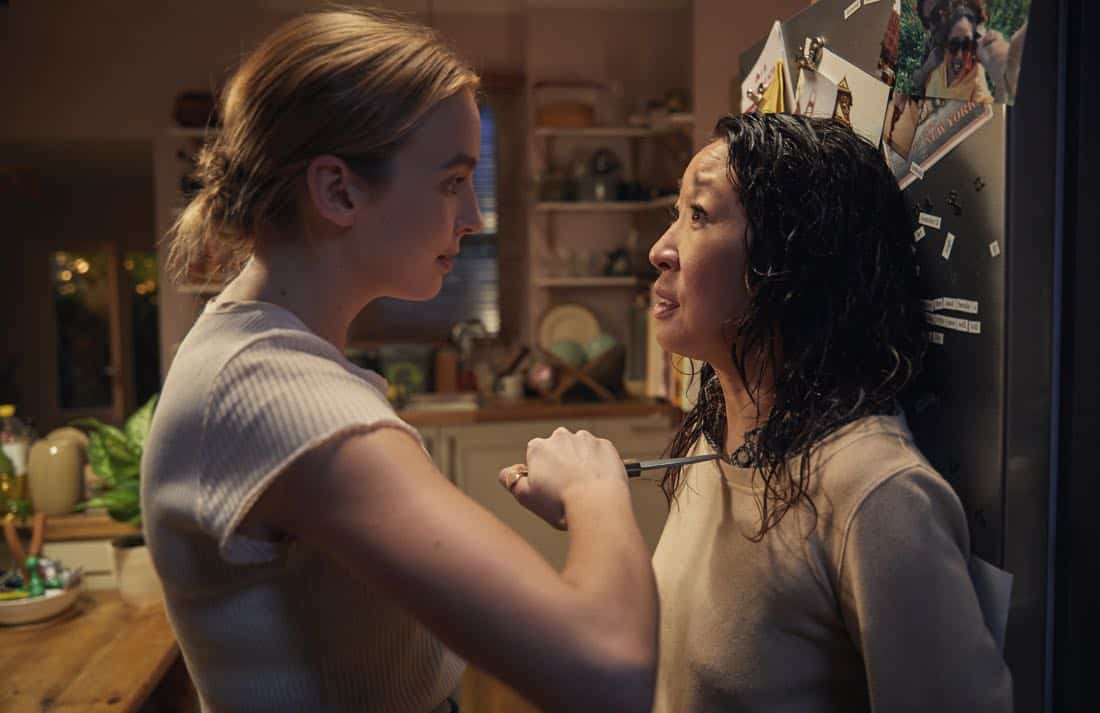 BBC has acquired Killing Eve, a new high-stakes thriller from multi-award winning writer Phoebe Waller-Bridge (Fleabag) that will premiere on BBC One and BBC Three later this year.

The eight-part series is a Sid Gentle Films Ltd production for BBC America, and was acquired from Endeavor Content.

Sandra Oh (Grey’s Anatomy) is Eve, a bored MI5 security officer whose desk job does not fulfil her fantasies of being a spy. Jodie Comer (Doctor Foster) is Villanelle, a fearsome assassin clinging to the luxuries her violent job affords her. When Eve is tasked with tracking down Villanelle before she can strike again, the two women are thrown into a cat-and-mouse game that turns the traditional spy-thriller on its head.

Damian Kavanagh, Controller of BBC Three, says: “I’m delighted that BBC Three will partner with BBC One to bring audiences Killing Eve. It is one of the most exciting series of recent times and not only do we get to work with Phoebe again, who is a fantastic writer with a unique voice, the brilliant Jodie Comer will be back on BBC Three after her star turn in Thirteen.”

Sue Deeks, BBC Head of Programme Acquisition, says: “Killing Eve is a startlingly original thriller. In turn both laugh-out-loud funny and edge-of-your-seat gripping, Phoebe Waller-Bridge has filled her new series with an array of wonderful characters brought to life by a dream cast.”

Gary Marenzi, Head of Sales at Endeavor Content, says: “We’re proud to be championing incredible creatives like Phoebe, Sandra and Jodie, and bringing a fresh female-fronted project to a UK audience with our friends at BBC One and BBC Three.”

Sally Woodward Gentle, CEO of Sid Gentle Films Ltd, says “We could not be more delighted that Killing Eve has found a home on the BBC. It is the kind of bold, provocative drama that the BBC does best and shows the BBC’s ambition.”

Killing Eve (8×45’) is based on the Villanelle novellas by Luke Jennings. It is produced by Sid Gentle Films Ltd. for BBC America, with Waller-Bridge serving as writer and executive producer. Sally Woodward Gentle and Lee Morris also executive produce, with Colin Wratten serving as producer.