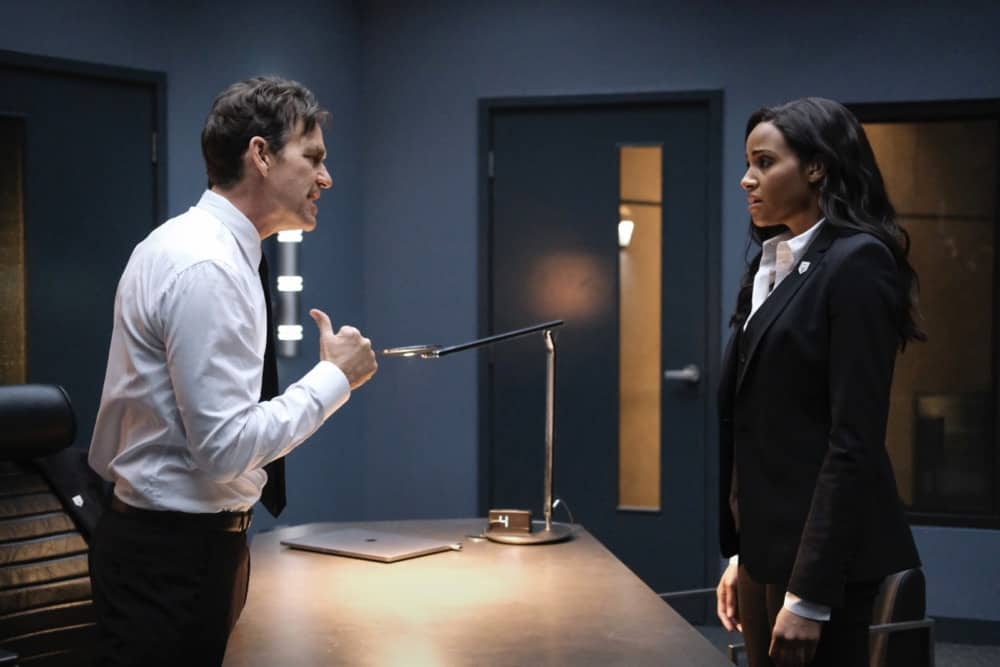 BATWOMAN Season 2 Episode 12 Photos Initiate Self-Destruct – WE ALL WEAR MASKS – Ryan (Javicia Leslie) is faced with a difficult decision that could expose her as Batwoman, creating a rift in the Bat Team. Meanwhile, Black Mask’s (guest star Peter Outerbridge) plans for Kate Kane (Wallis Day) begin to unfold. Alice (Rachel Skarsten) is reunited with someone from her past, and Sophie (Meagan Tandy) must decide where her loyalty lies. Also starring Dougray Scott, Nicole Kang and Camrus Johnson.

Glen Winter directed the episode with a story by Zack Siddiqui and teleplay by Jerry Shandy (#212). Original airdate 5/2/21. Every episode of BATWOMAN will be available to stream on The CW App and CWTV.com the day after broadcast for free and without a subscription, log-in or authentication required. s02e12 2×12 2.12 s2e12