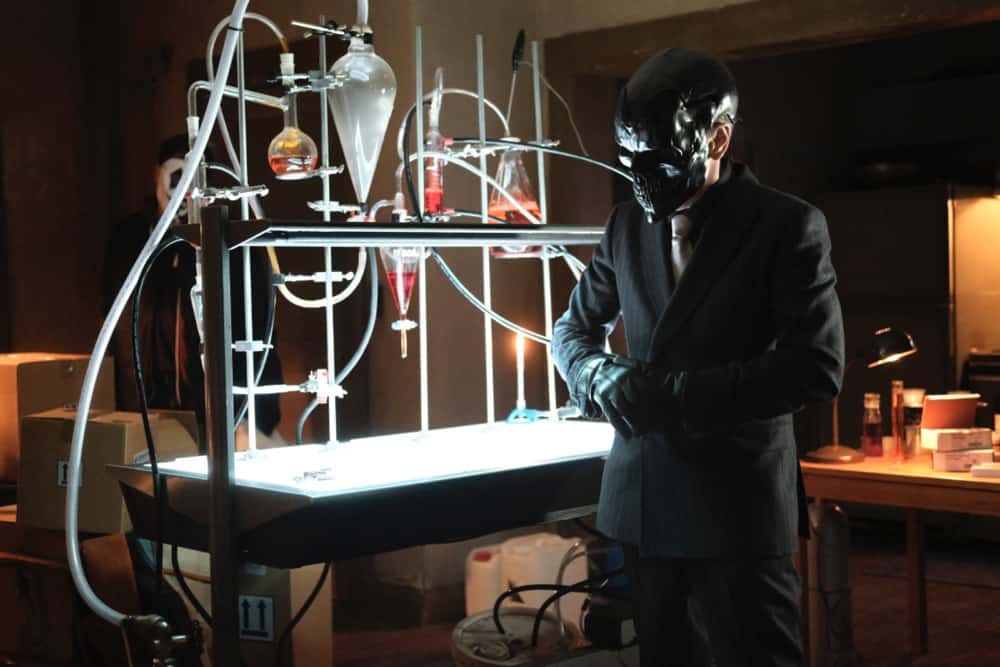 BATWOMAN Season 2 Episode 11 Photos Arrive Alive – “Arrive Alive” FAST AND FURIOUS – With Batwoman (Javicia Leslie) and The Crows each hot on the trail of the False Face Society, their efforts collide, and tension escalates. Alice (Rachel Skarsten) seeks out Enigma (guest star Laura Mennell), and Sophie (Meagan Tandy) and Ryan find some common ground. Also starring Dougray Scott, Nicole Kang and Camrus Johnson. Mairzee Almas directed the episode written by Daniel Thomsen and Daphne Miles (episode #211). Original airdate 4/18/2021. Every episode of BATWOMAN will be available to stream on The CW App and CWTV.com the day after broadcast for free and without a subscription, log-in or authentication required. s02e11 2×11 2.11 s2e11