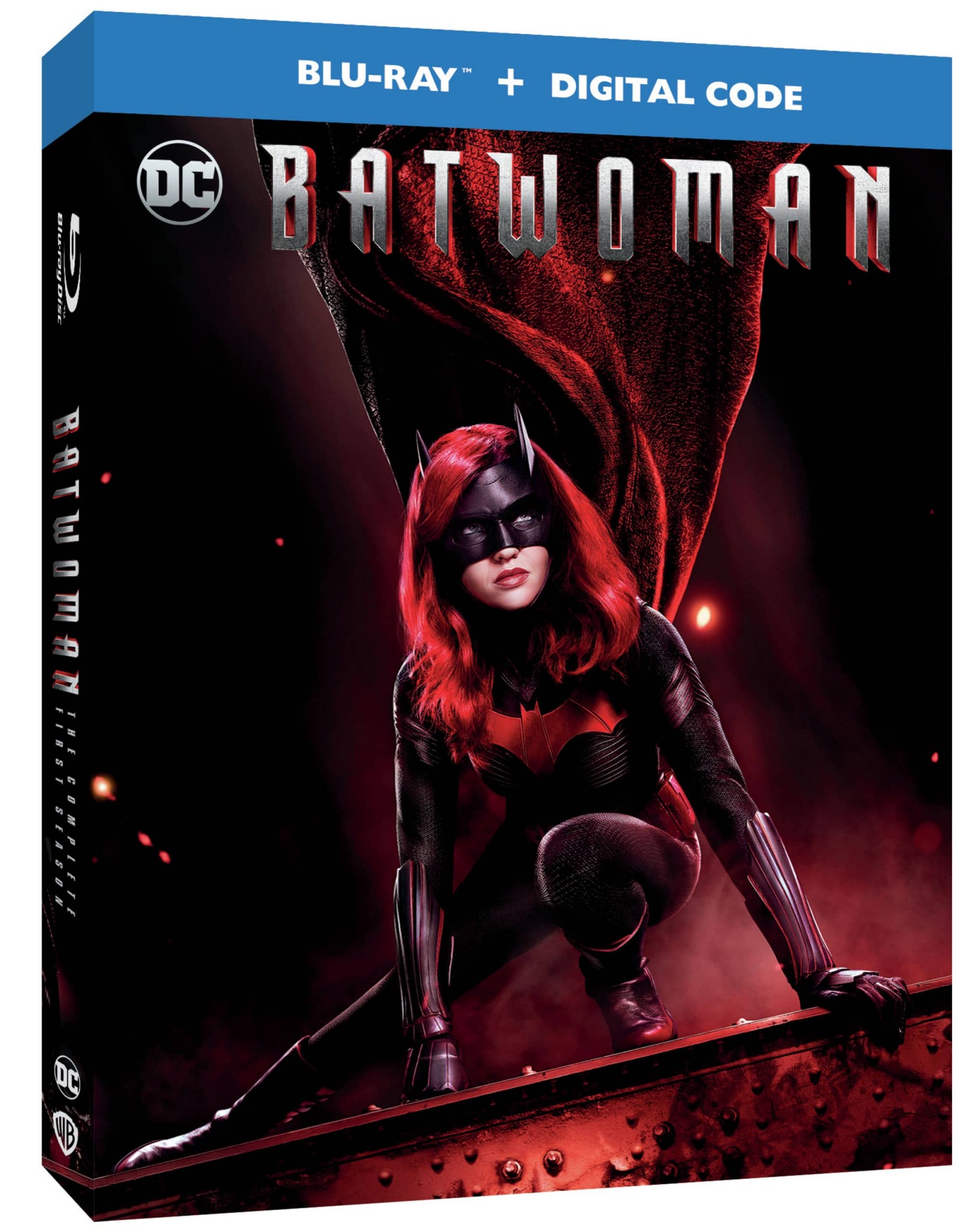 Kate Kane never planned to be Gotham’s new vigilante. After Batman disappeared, Gotham was in despair… until she returned. Armed with a passion for justice and a flair for speaking her mind, she soars through the shadowed streets of Gotham as Batwoman. But don’t call her a hero yet. In a city desperate for a savior, she must first overcome her own demons before becoming Gotham’s symbol of hope.

“In only its first season on the air, Batwoman quickly established itself as the #1 new show on The CW given its legendary superhero following, stellar casting, and action-packed drama,” said Rosemary Markson, WBHE Senior Vice President, Television Marketing. “With 2.1 million people tuning in weekly, the devoted fan base for this phenomenal series will love the extra content on the discs, while newcomers can catch up on the hit series just in time for Season 2.”

With Blu-ray’s unsurpassed picture and sound, Batwoman: The Complete First Season Blu-ray release will include 1080p Full HD Video with DTS-HD Master Audio for English 5.1. Featuring all 20 episodes from the first season in high definition, as well as a digital code of the season (available in the U.S. only).

20 ONE-HOUR EPISODES
Pilot
The Rabbit Hole
Down, Down, Down
Who Are You?
Mine Is a Long and a Sad Tale
I’ll Be Judge, I’ll Be Jury
Tell Me the Truth
A Mad Tea-Party
Crisis on Infinite Earths: Hour Two
How Queer Everything is Today!
An Un-Birthday Present
Take Your Choice
Drink Me
Grinning From Ear to Ear
Off With Her Head
Through the Looking Glass
A Narrow Escape
If You Believe In Me, I’ll Believe In You
A Secret Kept From All the Rest
O, Mouse!

DIGITAL
Batwoman: The Complete First Season is currently available to own on Digital. Digital allows consumers to instantly stream and download all episodes to watch anywhere and anytime on their favorite devices. Digital is available from various retailers including iTunes, Amazon Video, Google Play, Vudu, PlayStation, Xbox and others. A Digital Code is also included in the U.S. with the purchase of specially marked Blu-ray discs for redemption and cloud storage.

BATWOMAN and all related characters and elements are trademarks of and © DC Comics.