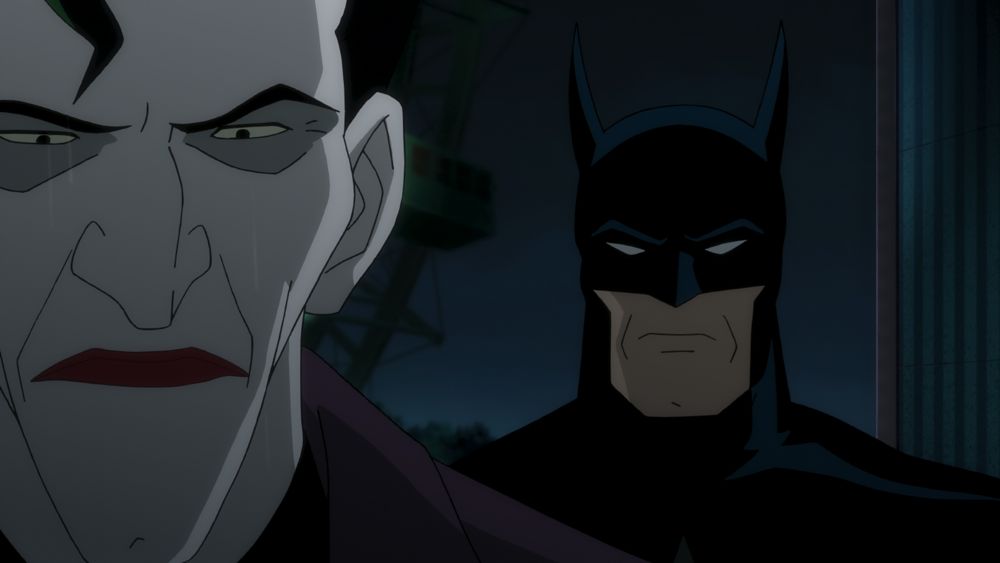 The premiere will spotlight the first public exhibition of the eagerly awaited film and a post-screening panel discussion among available members of the core cast and filmmaking team. The celebrity-laden cast is led by Kevin Conroy (Batman: The Animated Series, Justice League) and Mark Hamill (Batman: The Animated Series, Star Wars franchise) as they reprise their seminal roles as the voices of Batman/Bruce Wayne and The Joker, respectively, as well as Tara Strong (Teen Titans; Batman: Arkham games) as Barbara Gordon and Ray Wise (Twin Peaks, RoboCop) as Commissioner Gordon. Batman: The Killing Joke is directed by Sam Liu (Justice League vs. Teen Titans) from a script by Eisner Award-winning writer Brian Azzarello. Bruce Timm and Sam Register are executive producers. Benjamin Melniker & Michael Uslan are executive producers. Alan Burnett is co-producer.

Produced by Warner Bros. Animation and DC Entertainment, Batman: The Killing Joke arrives August 2, 2016 from Warner Bros. Home Entertainment on Blu-Ray™ Deluxe Edition, Blu-Ray™ Combo Pack and DVD. The Blu-rayTM Combo Pack includes a digital version of the movie on Digital HD with UltraViolet. The Blu-ray™ Deluxe Edition will include all components of the Blu-Ray™ Combo Pack, along with an exclusive figurine of The Joker in a numbered, limited edition gift set. Fans can own Batman: The Killing Joke on Digital HD starting July 26, 2016 via purchase from digital retailers.

Based on the acclaimed DC graphic novel of the same name, Batman: The Killing Joke takes a journey into the dark psyche of the Clown Prince of Crime – from his humble beginnings as a struggling comedian to his fateful encounter with Batman that changes both of their lives forever. Years later, and now escaped from Arkham Asylum, The Joker devises a plan to prove that one bad day can make anyone as insane as he is – setting his sights on Commissioner Gordon. It’s up to the Dark Knight to put a stop to The Joker’s latest scheme and save one of Gotham City’s finest. Following a gripping prologue introducing Barbara Gordon’s heroic adventures alongside Batman as Batgirl, Batman: The Killing Joke stays true to the authentic tale that has held fans’ imaginations for nearly three decades – spotlighting the birth of a Super-Villain, the fortitude of a Super Hero and the punchline that will leave you speechless.