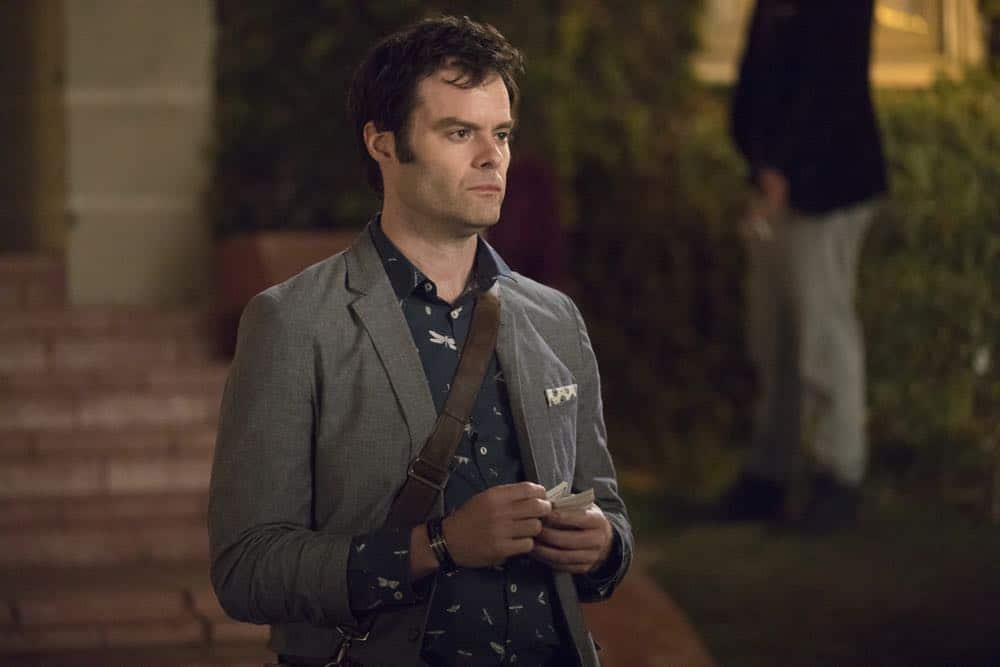 Episode #4: “Chapter Four: ‘Commit…To YOU’” Debut date: SUNDAY, APRIL 15 (10:30-11:00 p.m.) Barry (Bill Hader) finds that distancing himself from Fuches (Stephen Root) and the Chechens might be harder than he thought. Sally (Sarah Goldberg) is dismayed to learn that an audition arranged by a prospective agent has strings attached. Gene (Henry Winkler) promises Moss (Paula Newsome) a bombshell, but only over dinner. Barry invites a Marine buddy and his two pals to a party given by his classmate Natalie (D’Arcy Carden), where Zach (Ross Philips), a rising actor, threatens Barry’s claim on Sally. Written by Sarah Solemani; directed by Maggie Carey. BARRY Season 1 Episode 4 Photos Commit To YOU.