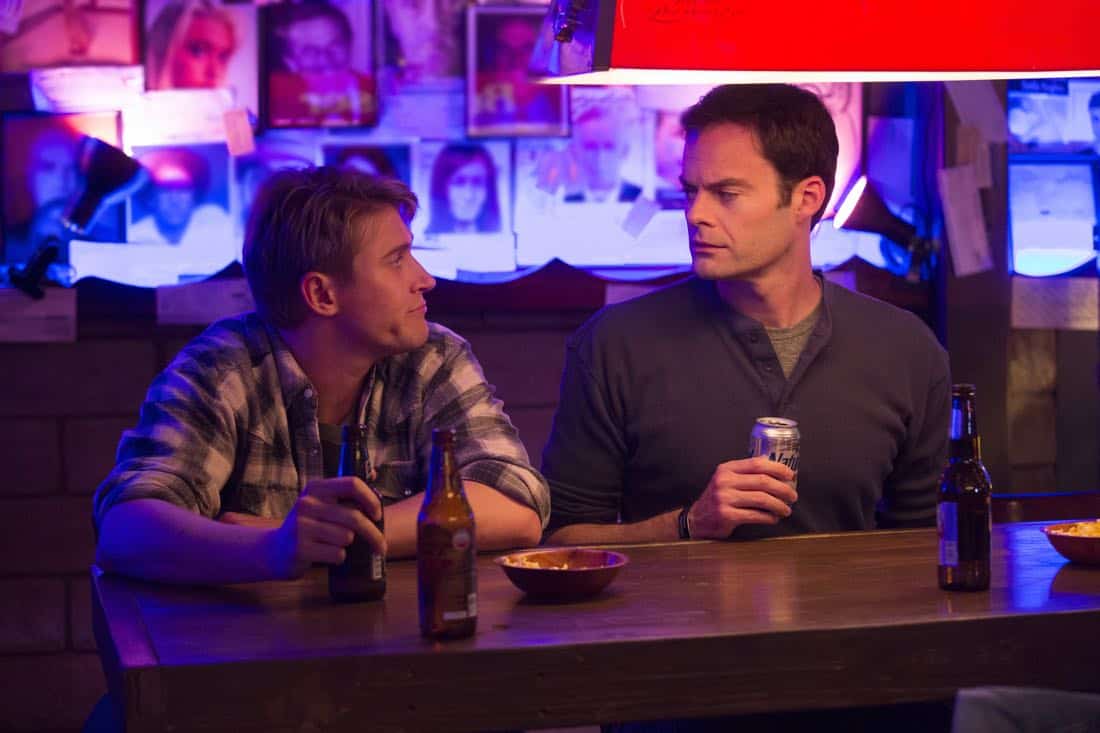 Barry is a depressed, low-rent hitman from the Midwest. While on a job in LA, he follows his “mark” into an acting class and is instantly drawn to the group of students. Barry wants to start a new life in this community of eager hopefuls, but his criminal past won’t let him walk away. Can he find a way to balance the two worlds? BARRY Season 1 Episode 1 Photos Chapter One: Make Your Mark.

Episode #1: “Chapter One: Make Your Mark”
Debut date: SUNDAY, MARCH 25 (10:30-11:00 p.m. ET/PT)
Barry (Bill Hader) is a disillusioned hitman from the Midwest. His handler, Fuches (Stephen Root), sends him to LA to execute a hit for the Chechen mob, led by Goran Pazar (Glenn Fleshler) and his right-hand man, NoHo Hank (Anthony Carrigan). Barry’s target: an aspiring actor who is having an affair with Pazar’s wife. Barry follows his “mark” into an acting class taught by beloved teacher/guru Gene Cousineau (Henry Winkler), and is instantly drawn to the group of students, especially Sally (Sarah Goldberg). Barry wants to start a new life in the class, but the criminal world won’t let him walk away so easily.
Written by Alec Berg & Bill Hader; directed by Bill Hader.