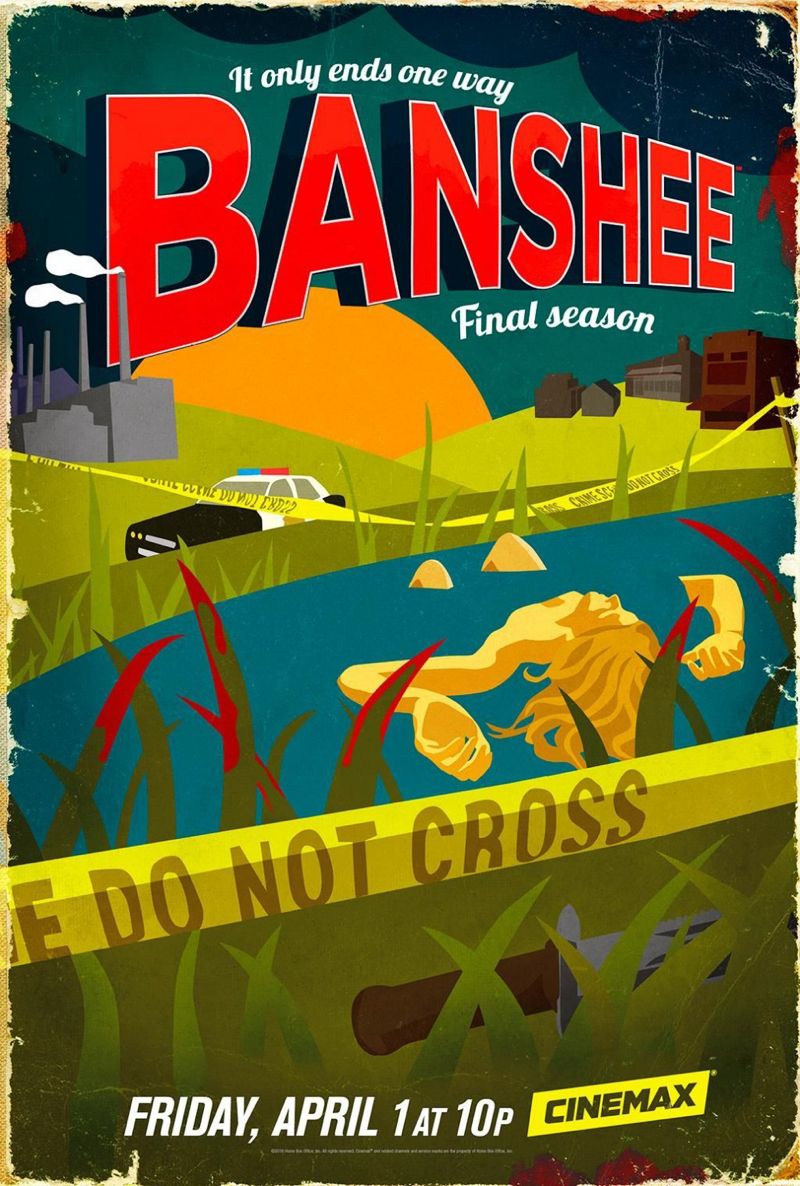 “BANSHEE is a unique and compelling show that helped set high standards for original programming for CINEMAX,” says Michael Lombardo, president, HBO Programming. “The show’s exceptional blend of action and drama earned a vocal and passionate fan base that will not be disappointed in BANSHEE’s final season.”

BANSHEE’s third season achieved record ratings for CINEMAX, as well as critical acclaim. Yahoo! named it “TV’s best action show,” while the A.V. Club described the series as “one of the best things on television, period.” The Huffington Post called the show “wildly witty,” and Grantland said BANSHEE is “a whole hell of a lot of fun.”

“BANSHEE has been an incredible ride, and we continue to break new ground in season four,” notes co-creator and executive producer Jonathan Tropper. “While we certainly considered returning for a fifth season, I always said that when the story was told, it would be time to move on, and that time has come. I am grateful to CINEMAX for making BANSHEE the great success it has been and for supporting our creative decision to wrap things up.”

New to the cast are Eliza Dushku (“Dollhouse,” “Buffy the Vampire Slayer”) as Veronica Dawson, a tough, sexy and shockingly reckless FBI profiler with no shortage of personal demons, who joins forces with Lucas; Ana Ayora (“The Big Wedding”) as Nina Cruz, a Banshee deputy working as an inside plant for Proctor; and Casey LaBow (“The Twilight Saga; Breaking Dawn, Parts 1 and 2”) as Maggie, wife of a local Aryan Brotherhood leader, who desperately wants a better life for herself and her son.
In Sept. 2013, BANSHEE received a Primetime Emmy® Award for Outstanding Special Visual Effects in a Supporting Role.