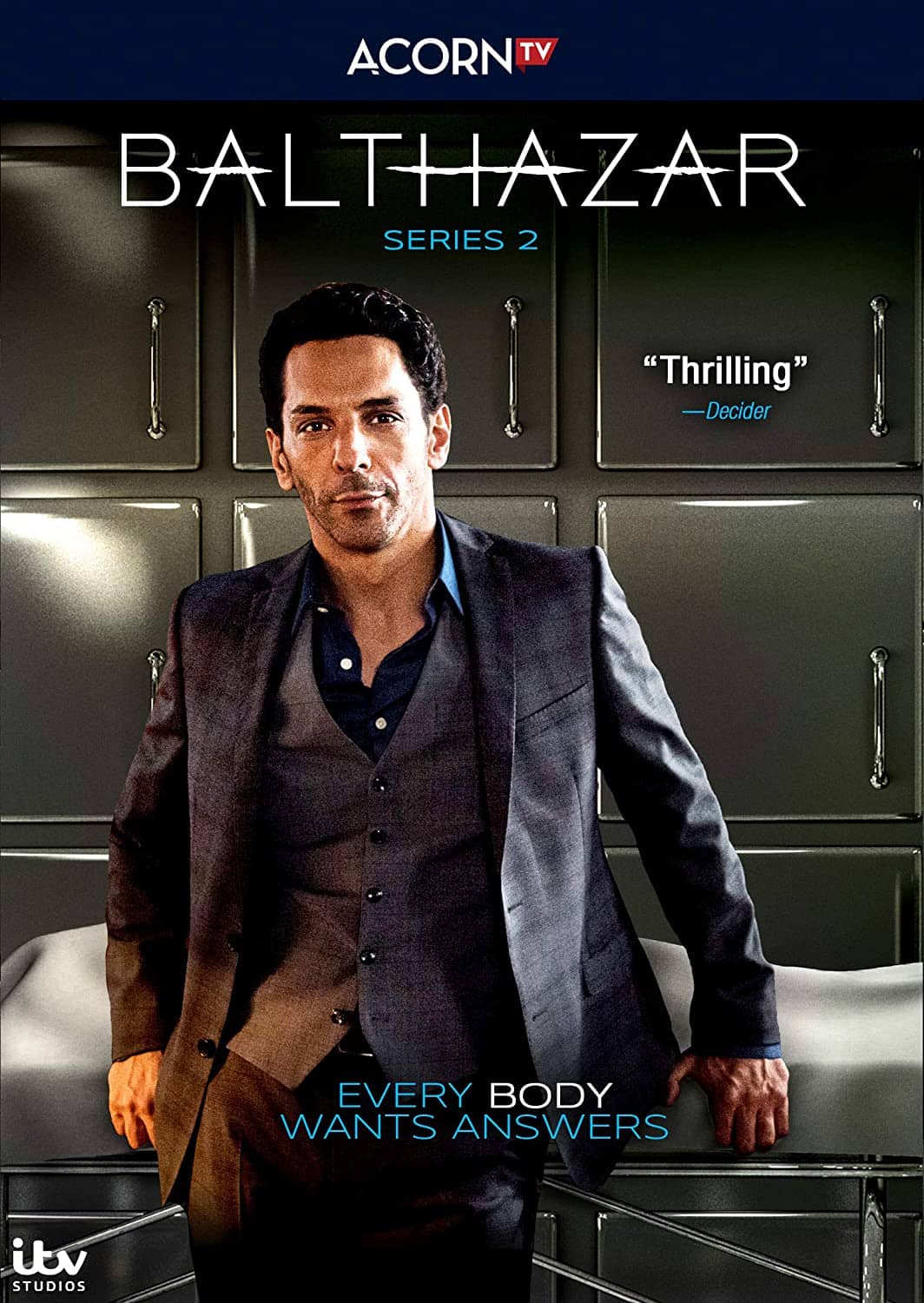 Acorn TV features the DVD debut of the darkly charming French forensic procedural, BALTHAZAR, Series 2 on October 6, 2020. Akin to American forensic favorites such as Castle, The Mentalist and Bones, Tomer Sisley (Messiah, We’re the Millers) is “charming” as eccentric but endearing forensic pathologist Raphaël Balthazar in this “solid and inviting crime drama” (Matt Roush, TV Insider). With unconventional methods and a shrewd sense of humor, Balthazar has a knack for uncovering the secrets of the dead. But there’s one case that continues to haunt him–the murder of his wife over a decade ago. Now on a 3-Disc DVD set, Balthazar, Series 2 previously premiered exclusively on Acorn TV in April 2020. Called a “glorious streaming service… an essential must-have” (The Hollywood Reporter), AMC Networks’ Acorn TV is North America’s most popular and largest streaming service featuring high-quality television from Britain and Beyond.

One of the 10 highest-rated dramas in France in 2018 – four of its episodes were seen by at least six million viewers each on TF1, this season Balthazar and Chief Inspector Hélène Bach (Hélène de Fougerolles, Le Secret d’Elise) face a week-old body found among corpses from the Middle Ages, a man who died from a new strain of the bubonic plague, a triple homicide during a camping trip, and more.

The relationship between Balthazar and Bach is also starting to evolve. Between a new romance for him, marital problems for her, as well as intimacy and tensions, the duo is tested more than ever before as the investigation into the death of Lise, Balthazar’s wife who was murdered over 12 years ago, takes a turn. They embark on a hunt for the culprit to prevent him from gaining new victims. Who is this mysterious killer? How does he choose his victims? Will Balthazar be able to face the ghosts of his past and come out unscathed?