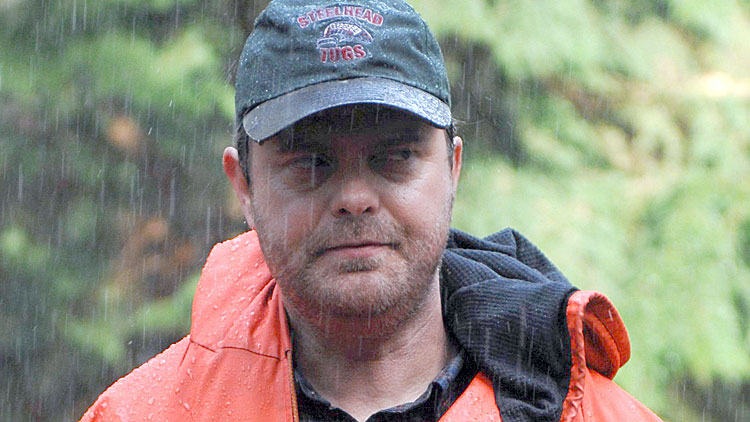 FOX’s new series BACKSTROM is from the mind of Hart Hanson, creator of Bones and The Finder. Even if you did not know this going into the pilot, “Dragon Slayer,” it would be easy to see the similarities to those other shows because of a near-copy of tone and format. As a fan of Hanson, I’m interested to watch BACKSTROM. But as someone completely burned out with the formulaic police procedural, I’m sad he didn’t expand his premise a bit more from the beaten path.

Rainn Wilson (The Office) stars as Everett Backstrom, a colorful man in the vein of The Finder’s Walter Sherman. Rather than withdraw from society, though, Backstrom lives right in the middle of things, unfeeling towards those he offends. His attitude gets him demoted to traffic duty for five years, but as BACKSTROM begins, he is back in a position he likes, serving in Portland’s newly created Special Crimes Unit.

The reason I still watch Bones (though I’m quite behind on it) is because, despite how predictable and repetitive it is, there’s a very entertaining group who get excellent lines and entertaining subplots on a regular basis. BACKSTROM has a similar cast, many familiar faces oozing with talent and humor. The question is, how much of each hour will be spent on the boring old plot-of-the-week and how much will be fun? The balance is incredibly important to make the series worth watching, though it would certainly behoove Hanson to ditch the weekly-solve format as soon as possible, unlikely as it may seem that he would do so.

Because every modern cop drama must include the lead’s family, and Backstrom is not the type to have family and friends around (though we do get a forced-in story about his abusive father in “Dragon Slayer” to further shape the character), Backstrom regularly interacts with Valentine (Thomas Dekker, Terminator: The Sarah Connor Chronicles). Valentine operates in the illegal underworld, son of a stripper, a transvestite in his own right. It takes a very strong personality to compete with Backstrom, and Valentine fits the bill. Plus, going by looks alone, I suspect he may secretly be Backstrom’s son, though one or both might not know it yet.

I probably don’t need to tell you about the main plot of “Dragon Slayer,” though doing so won’t spoil it for you. A body is discovered in an apparent suicide case, which is quickly ruled a homicide. The person you first suspect isn’t guilty, and through a serious of brilliant leaps by our above-average investigators, Backstrom is able to personally collar the culprit. This will likely be repeated in most episodes.

Overall, I like BACKSTROM; I really do. It has a terrific cast and is written by the man I believe is the current master of the genre. No one makes this type of show better than Hanson. But after a decade of watching his material, and seeing much of the same on the broadcast networks (most of which I don’t watch), I may finally be reaching my fill of it, as I noticed my attention drifting several times in the first episode alone. I’m hopeful the era of this type of show is near the end, ratings to the contrary, and the program can spin itself off into something better. Otherwise, BACKSTROM is yet another entry in an over- crowded field that feels wholly unoriginal.