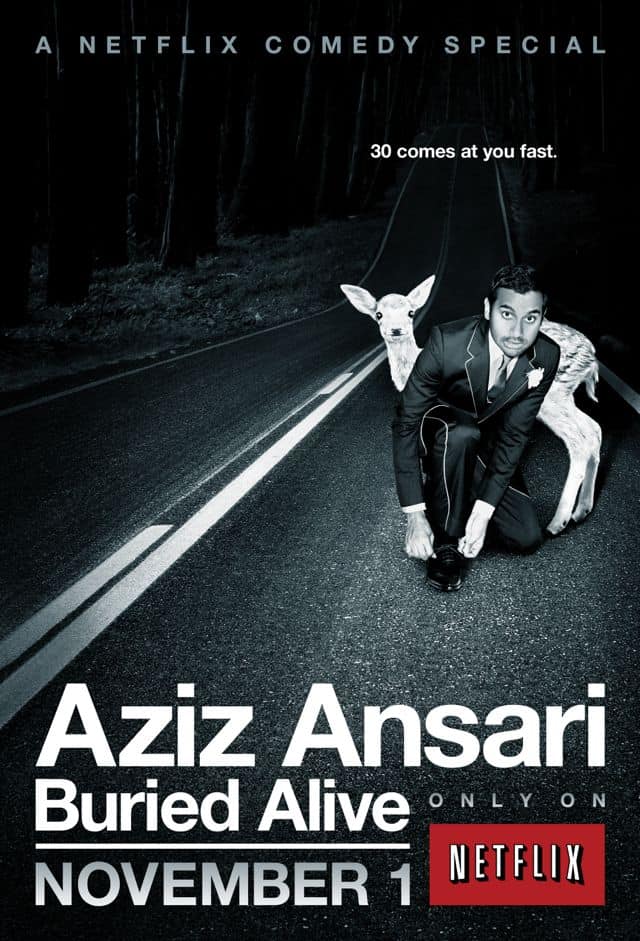 Filmed live at the Merriam Theater in Philadelphia, “Buried Alive” features “Parks and Recreation” star Ansari focusing his unique viewpoint on pending adulthood, babies, marriage, and love in the modern era.  The show follows Ansari’s successful live tour of the same name, during which he performed in front of sold out crowds in over 75 cities all over the world at venues including New York’s Carnegie Hall, London’s Hammersmith Apollo and the Sydney Opera House.  It is a follow-up to his previous stand-up performances “Intimate Moments for a Sensual Evening” and “Dangerously Delicious,”  also available on Netflix.

Follow @azizansari and @netflix for more information about #buriedalive in the weeks to come.