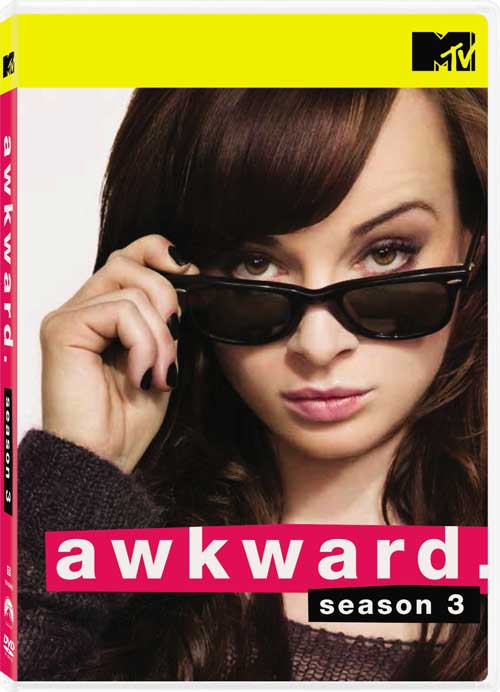 Seat42f and Paramount Home Entertainment have teamed up to give TWO lucky winners a copy of AWKWARD Season 3 on DVD. For a chance to win leave a comment below telling us why you want to add AWKWARD Season 3 to your DVD collection. Only one entry per person. Contest ends September 30th. Winners will be notified on October 1st via email so make sure to use a valid email address when you post your comment.

The third season of MTV’s outrageously funny scripted series “Awkward” arrives on DVD September 16, 2014.  The top-rated comedy takes an irreverent look at the conflict, chaos and humor that defines teenage life through the eyes of teen Jenna Hamilton.  The “Awkward” Season 3 four-disc DVD set includes 20 episodes, plus 90 minutes of special features such as webisodes, cast interviews, aftershows, featurettes, and more.

In seasons one and two, Jenna tackled “Who am I?” and “Who do I want to be with?” Now, coming into her junior year, Jenna for the first time is confronting the monumental question of “Who do I want to be?”  In the wake of her romance with Collin, she begins to question the stability of her relationship with Matty, and whether her straying is a sign of something deeper. But after a surprise public kiss shakes her world, there is no going back. One mistake will make things awkward-er than ever, and Jenna’s personality makeover will leave her friends and family wondering who this new Jenna is.