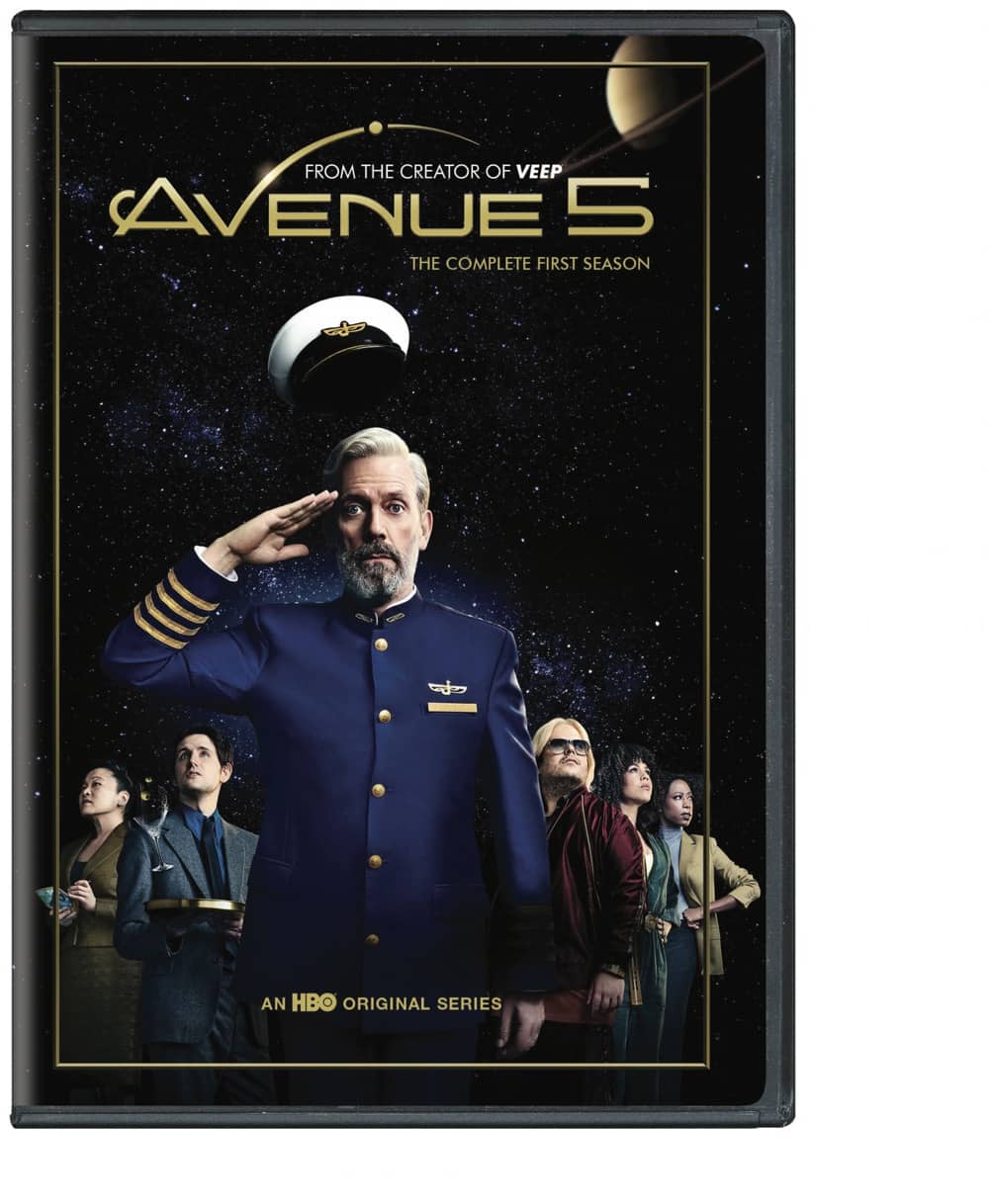 Created by Veep’s Armando Iannucci, Avenue 5 is a new HBO comedy set 40 years into the future when travelling the solar system is no longer the stuff of sci-fi fantasy but a booming, multibillion-dollar business. The series stars Hugh Laurie as Ryan Clark, the confident and suave captain of “Avenue 5” – a space cruise ship with luxury amenities like gourmet buffets, a spa, an observation deck and yoga classes. Among the 5,000 passengers and crew on board are billionaire Herman Judd (Josh Gad), the mercurial face and name behind Avenue 5; Judd’s right-hand-woman Iris Kimura (Suzy Nakamura); head of customer relations Matt Spencer (Zach Woods); engineer Billie McEvoy (Lenora Crichlow); and strong-willed passenger Karen Kelly (Rebecca Front). Monitoring Avenue 5 from the ground is Rav Mulcair (Nikki Amuka-Bird), the seen-it-all head of Judd Mission Control. As the series begins, Avenue 5’s eight-week journey around Saturn is underway and its systems are optimal. But when the ship suddenly encounters technical difficulties, it’s up to Ryan and his crew to calm the disgruntled passengers and find a way to deal with unexpected events onboard – though they may or may not be equipped for the task.