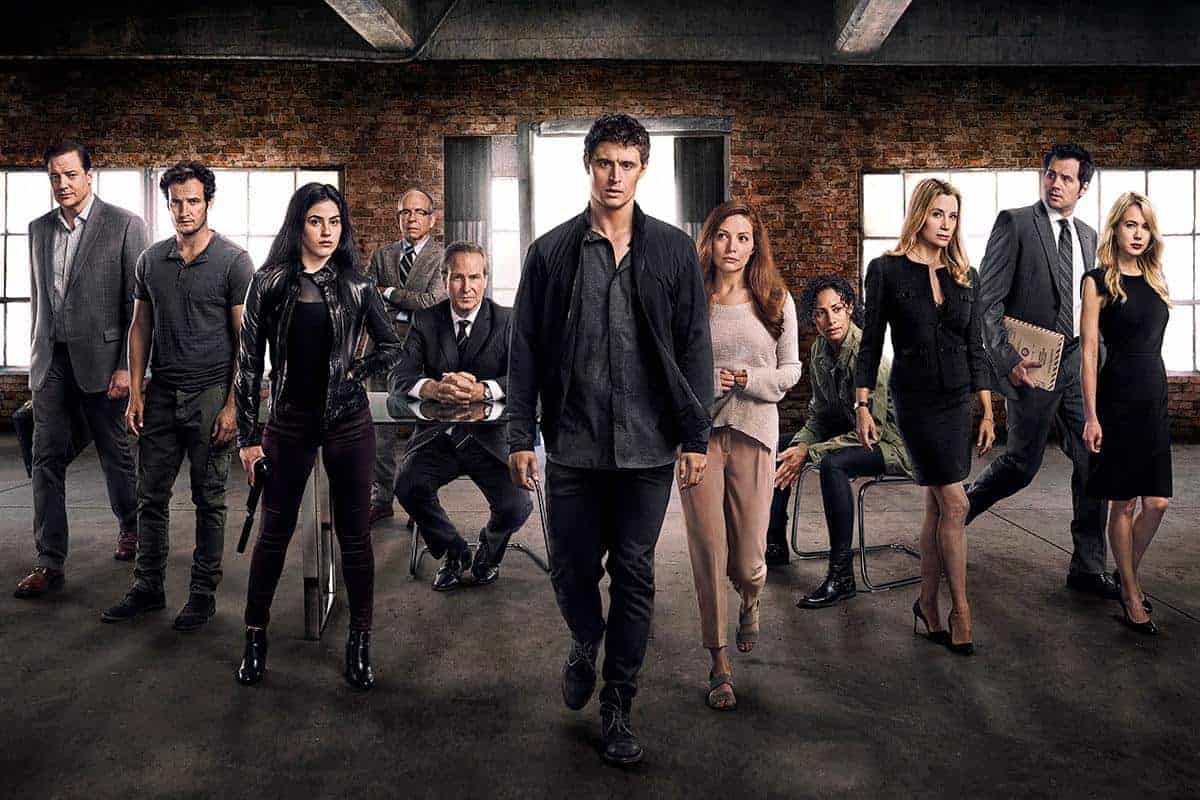 AT&T AUDIENCE Network will kick off its fall slate with the premiere of the second season of its critically acclaimed original comedy series, “Loudermilk.” The new season starts on Oct. 16 at 10 p.m. ET/PT.

After a relapse in New Orleans and a falling out with his best friend and sponsor, Ben (Will Sasso), Loudermilk (Ron Livingston) is back in Seattle trying to piece his world back together. With his “Sober Friends” meeting hijacked, a messy new relationship, and a stumbling start back into writing, Loudermilk is forced to do a little soul searching (which he hates) and decide what he wants from life. While he still has the ability to help those around him, Loudermilk just may find that the person who needs the most work is himself.

The original comedy is produced by Big Branch Productions.

“Give Us This Day”

The network will also debut a new documentary “Give Us This Day.” Catch the premiere on Nov. 8 at 10 p.m. ET/PT.

From Emmy and Peabody award-winning filmmakers Jeff Zimbalist and Michael Zimbalist comes a new feature-length documentary. With unprecedented access, the film tracks a year in East St. Louis, the city with the highest homicide rate in the United States. Told from the perspectives of both police officers and residents, a community plagued by gun violence experiences complex challenges, heartbreak and hope.

“Condor” is internationally distributed by MGM.

AT&T AUDIENCE Network has also signed on with Entertainment One for a fourth and fifth season of “You Me Her.” The series, created by Executive Producer and Showrunner John Scott Shepherd, stars Greg Poehler, Rachel Blanchard and Priscilla Faia in a romantic comedy with a little something extra: a third person. The show’s executive producers are Alta Loma Entertainment’s Peter Jaysen and Alan Gasmer.

At the end of last season, the “throuple” pulled together their happy ending – a surprise poly commitment ceremony in a pizza joint. Now, they’re settling back into the ‘burbs to live a tweaked version of the conventional “married with children” life. Are “the accidental polyamorists” trying to jam a triangular peg into a round-hole world? Will they break the neighborhood, their peculiar romance, or both?

“We’re excited to bring back some of our most popular original shows as well as introduce a new documentary as we kick off the fall season,” said Daniel York, chief content officer and senior executive vice president for AT&T. “We want to give customers more choices from our popular slate of original programming – whether they enjoy comedy, high-intense drama or captivating docuseries.”

AT&T AUDIENCE Network is available on DIRECTV Ch. 239 or U-verse TV Ch. 1114. You can also live stream it on the DIRECTV and U-verse apps and DIRECTV NOW.

We help family, friends and neighbors connect in meaningful ways every day. From the first phone call 140+ years ago to mobile video streaming, we innovate to improve lives. We have the nation’s largest and most reliable network and the nation’s best network for video streaming.** We’re building FirstNet just for first responders and creating next-generation mobile 5G. With DIRECTV and DIRECTV NOW, we deliver entertainment people love to talk about. Our smart, highly secure solutions serve over 3 million global businesses – nearly all of the Fortune 1000. And worldwide, our spirit of service drives employees to give back to their communities.

**Coverage not available everywhere. Based on overall coverage in U.S. licensed/roaming areas. Reliability based on 3rd party data.

Its latest lineup includes an adaptation of Stephen King’s “Mr. Mercedes” and conspiracy thriller “Condor.” Original comedies include “Loudermilk” and the industry-first polyamorous romcom “You Me Her.” AT&T AUDIENCE Network brings viewers real drama with its original documentaries “The Volunteers” and “Alone In The Game” and intimate celebrity interviews on “Off Camera with Sam Jones.” “The Dan Patrick Show” and “The Rich Eisen Show” offer sports fans live, daily news from renowned sports journalists. And “Undeniable with Joe Buck” puts viewers front row for in-depth chats with sports icons like Derek Jeter and Michael Phelps. Plus, music fans can see exclusive concerts by today’s hottest artists on AUDIENCE Music. It’s original entertainment you won’t see anywhere else.