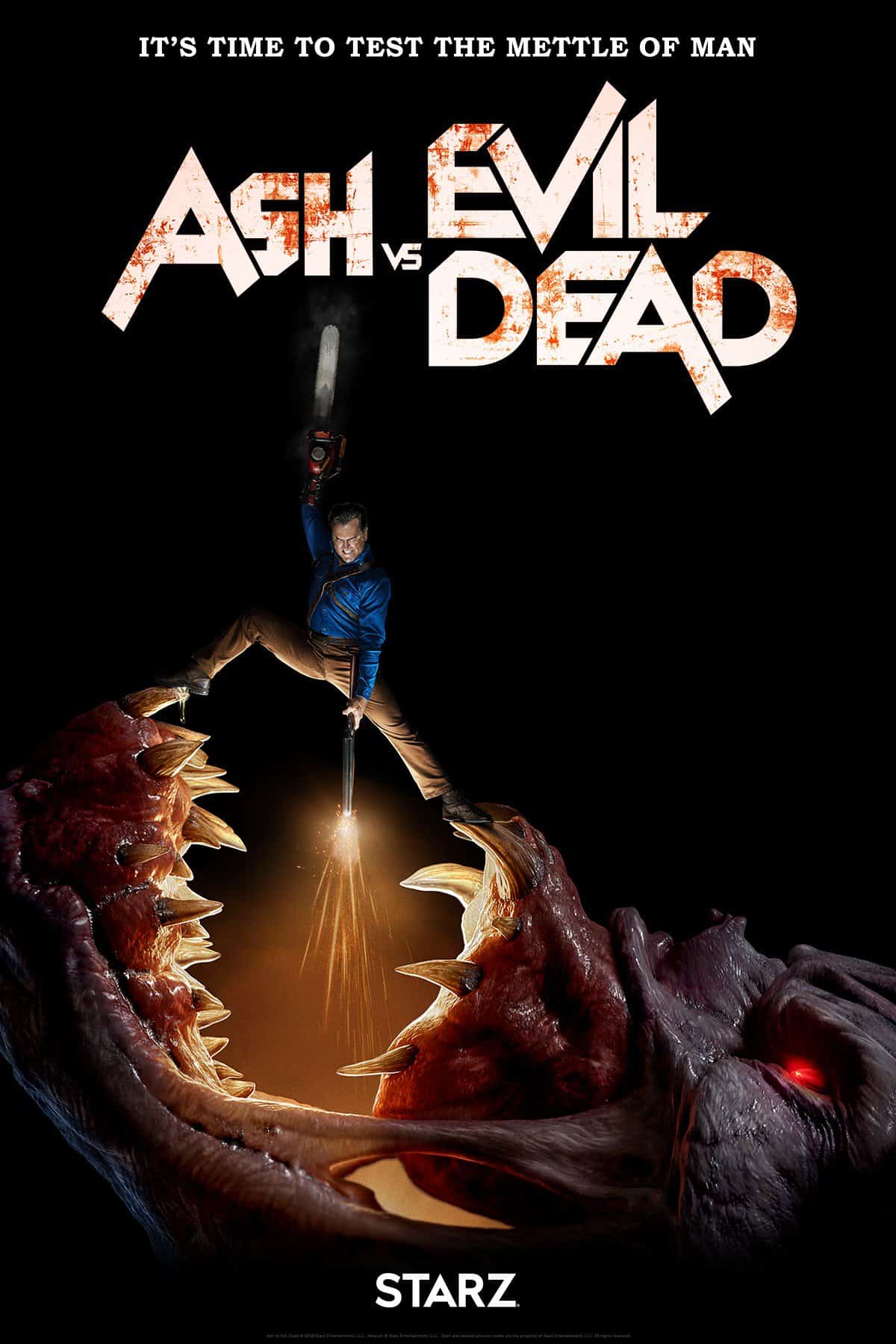 Starz released today the key art and official trailer for season three of its Original series Ash vs Evil Dead set to premiere on Sunday, February 25th, 2018 at 9PM ET/PT.

The third season finds Ash, having gone from murderous urban legend to humanity-saving hometown hero, discovering that he has a long lost daughter who’s been entrusted in his care. When Kelly witnesses a televised massacre with Ruby’s fingerprints all over it, she returns with a new friend to warn Ash and Pablo that evil isn’t done with them yet. But evil will learn to never get in between a papa bear and his cub.

“Ash vs Evil Dead,” a 10-episode half-hour series, is the highly acclaimed follow-up to the classic horror film, The Evil Dead.

Bruce Campbell (The Evil Dead, “Burn Notice”) leads the cast, reprising the role of Ash Williams; Lucy Lawless (“Salem,” “Spartacus”) as Ruby, devises her most diabolical plan to defeat Ash and raise hell on earth; Ray Santiago (“Touch,” Meet the Fockers) as Pablo Simon Bolivar, forever loyal to Jefe (Ash) will realize his true destiny in the battle against evil; and Dana DeLorenzo (A Very Harold & Kumar 3D Christmas) as Kelly Maxwell, whose single goal is to kill Ruby and end the Evil Dead torment once and for all.  New to the cast for season three are Arielle Carver-O’Neill (“House Husbands”) as Brandy Barr, Ash’s long lost daughter left in his care when her mother meets an untimely demise; Lindsay Farris (“Home and Away,” Primal) as Dalton, leader of an ancient order called the Knights of Sumeria, who seek Ash to lead their fight against The Dark Ones. Lee Majors (“The Six Million Dollar Man”) returns as Brock Williams to warn Ash from beyond the grave.