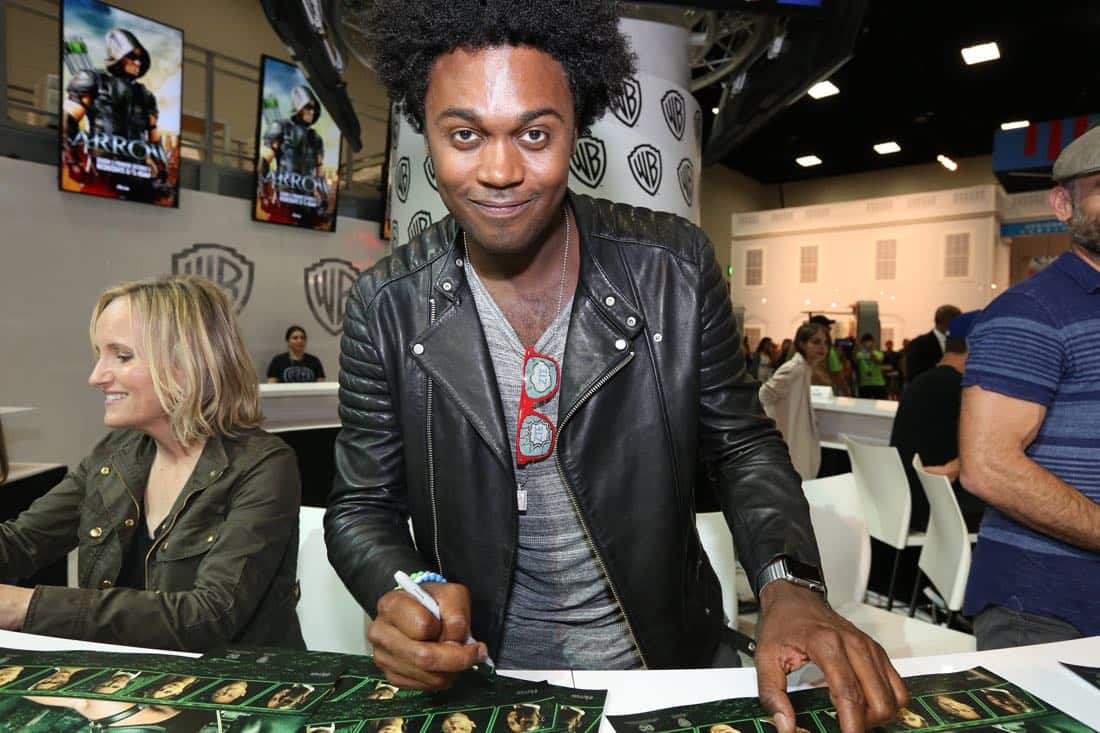 Season 5 of the CW’s ARROW has introduced and swiftly dispatched Tobias Church (Chad L. Coleman) and foreshadows a new adversary Prometheus, who seems to have a personal grudge with the Green Arrow.In a press interview from the set, star Echo Kellum talks about Curtis trying to adjust from the OTA to the addition of the new recruits and his own need to show he can keep up and be the hero that he envisions, as well as the physical transition to Mr. Terrific:

To watch more of Curtis’ transformation and the trials he endures in the process, tune in for all new episodes of ARROW on Wednesdays at 8:00 p.m. on the CW.