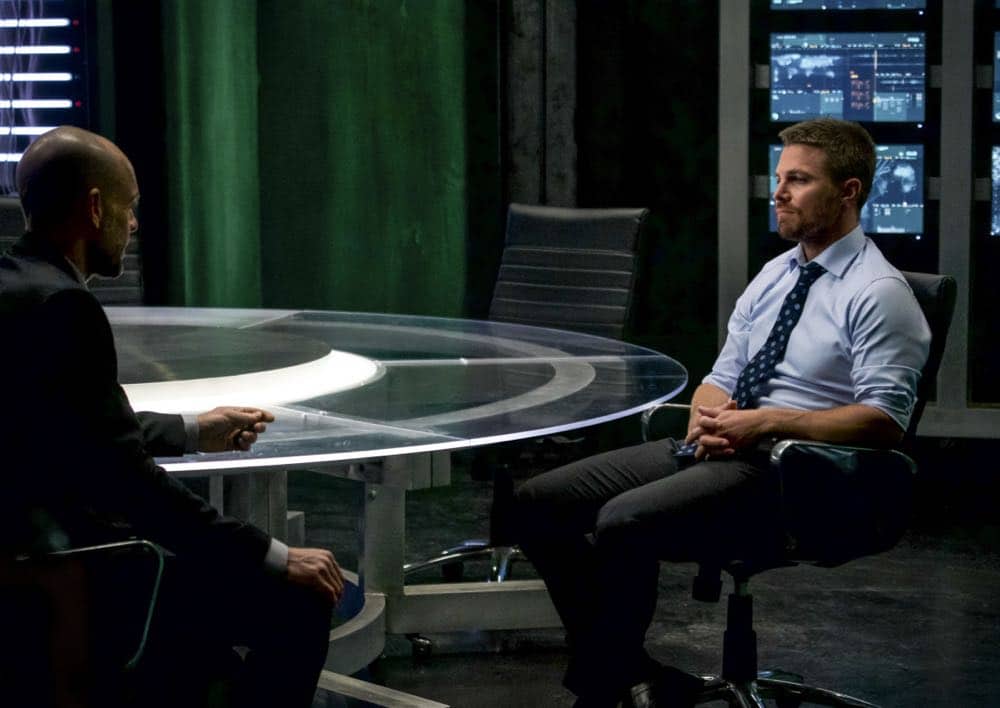 Fundamentals (Ep# 618) OLIVER IS VISITED BY A GHOST FROM HIS PAST – In his darkest place yet, Oliver (Stephen Amell) wonders if he has failed at everything – being a father, a mayor and a hero. His frustration rising, Oliver lashes out at Felicity (Emily Bett Rickards) and William (guest star Jack Moore). A surprising visit from an old friend has Oliver questioning his next move. Ben Bray directed the episode written by Speed Weed & Emilio Ortega Aldrich (#618). Original airdate 4/12/2018. ARROW Season 6 Episode 18 Photos Fundamentals.