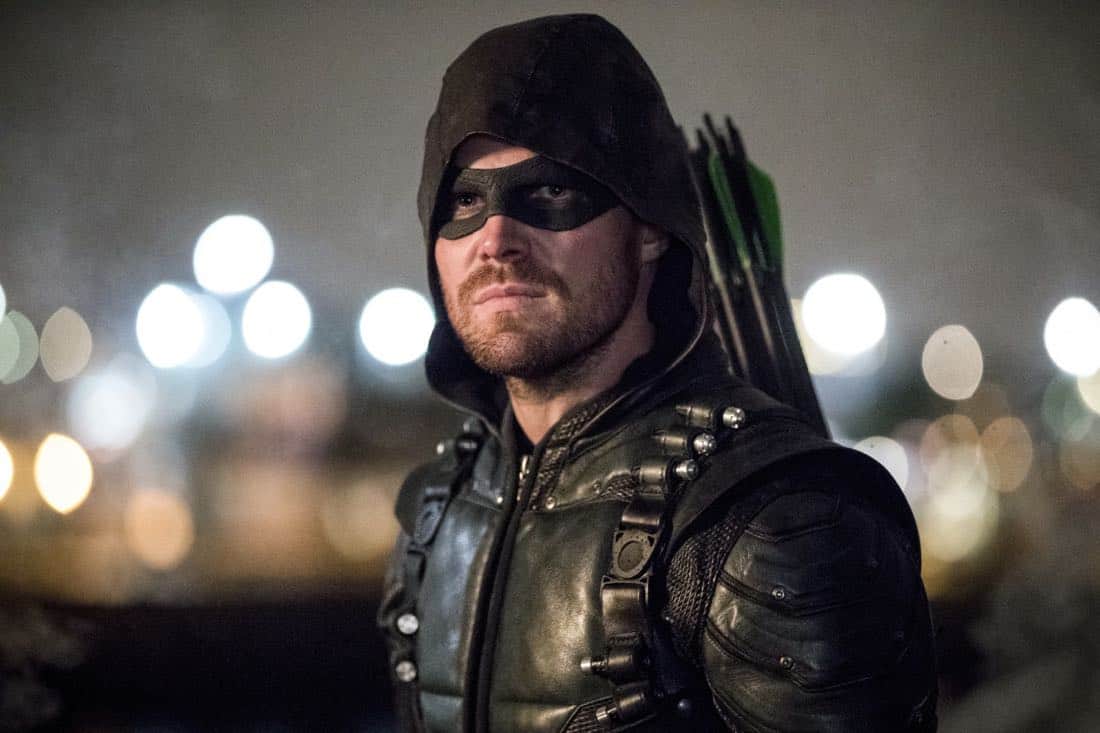 ROY HARPER RETURNS — Oliver (Stephen Amell) and Thea (Willa Holland) are shocked to hear that Roy Harper (guest star Colton Haynes) is back in Star City. However, when they discover the circumstances of Roy’s return, Oliver and Thea realize that Roy is in trouble and jump in to save him. Black Siren (Katie Cassidy) makes a shocking decision. Kristin Windell directed the episode with story by Christos Gage & Ruth Fletcher Gage and teleplay by Speed Weed (#615). Original airdate 3/8/2018. ARROW Season 6 Episode 15 Photos Doppelganger