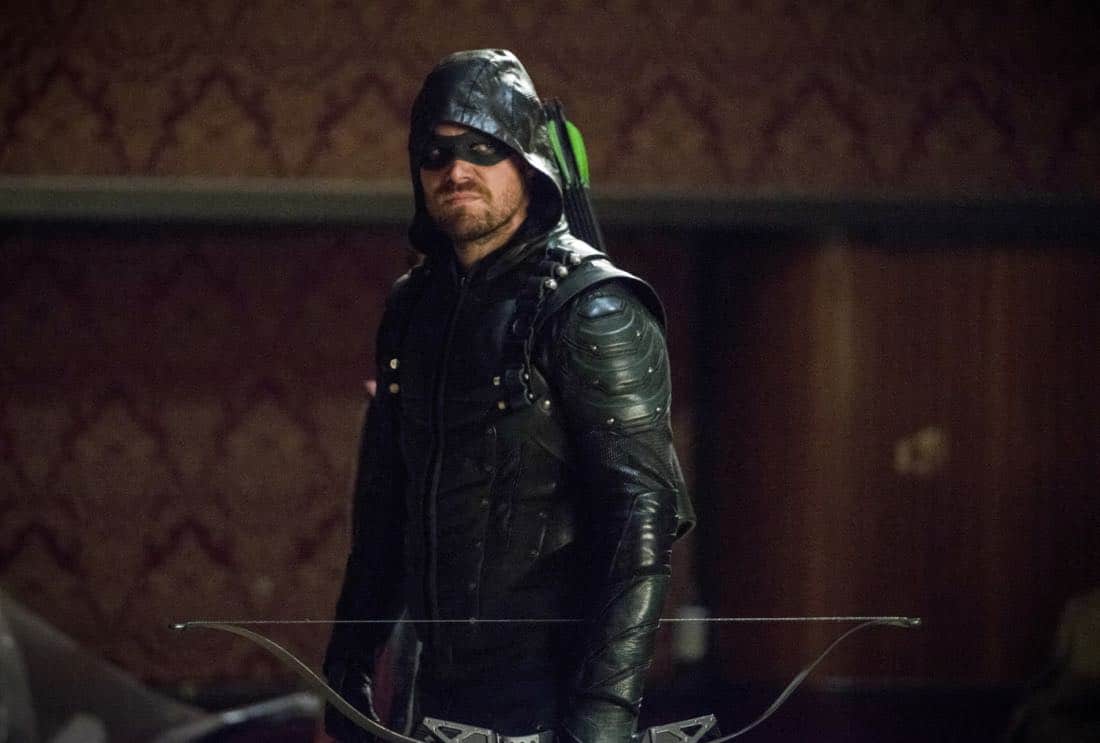 The Devil’s Greatest Trick (Ep# 613) CAYDEN JAMES LAUNCHES A FULL OUT ATTACK — Cayden James (guest star Michael Emerson) discovers a secret about the Green Arrow (Stephen Amell) that pushes him over the edge. Knowing everyone and everything he loves is in danger, Oliver must decide if he can do this alone or if he needs to turn to his old teammates for help. William (guest star Jack Moore) starts to demand more of Oliver’s time. JJ Makaro directed the episode written by Sarah Tarkoff & Emilio Ortega Aldrich (#613). Original airdate 2/8/2018. ARROW Season 6 Episode 13 Photos The Devil’s Greatest Trick