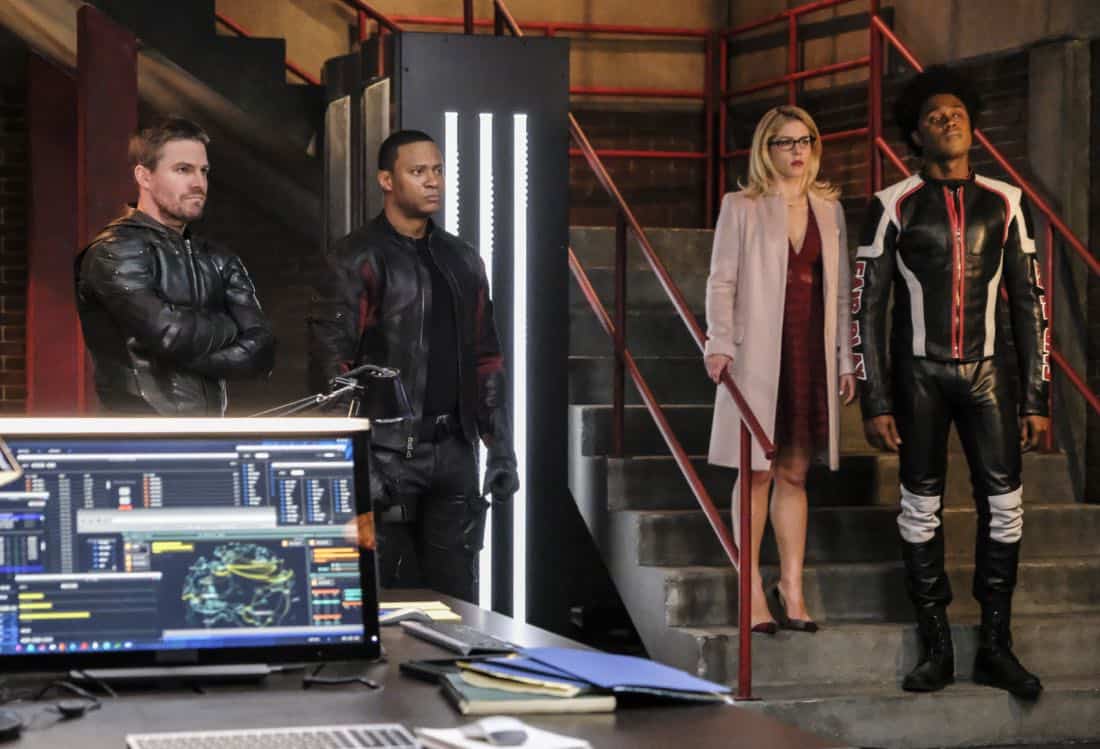 All for Nothing (Ep# 612) OLIVER AND DINAH FACE OFF — Oliver (Stephen Amell) continues his battle with Cayden James (guest star Michael Emerson). Dinah (Juliana Harkavy) and Oliver have a major disagreement that endangers the life of one of their own. Mairzee Almas directed the episode written by Beth Schwartz & Oscar Balderrama (#612). Original airdate 2/1/2018. ARROW Season 6 Episode 12 Photos All for Nothing

ARROW Season 6 Episode 12 Photos All for Nothing