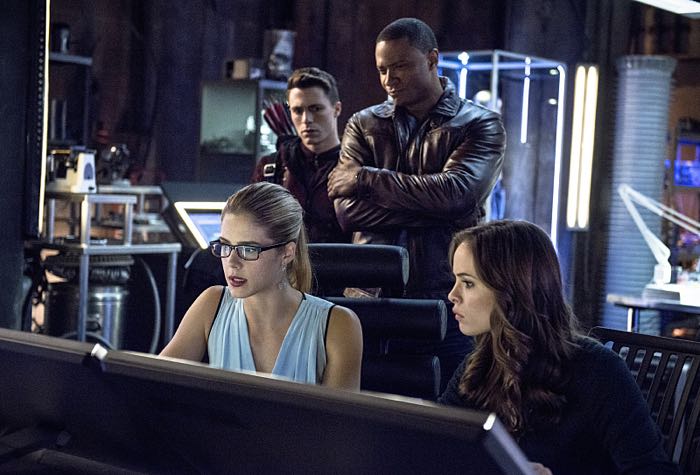 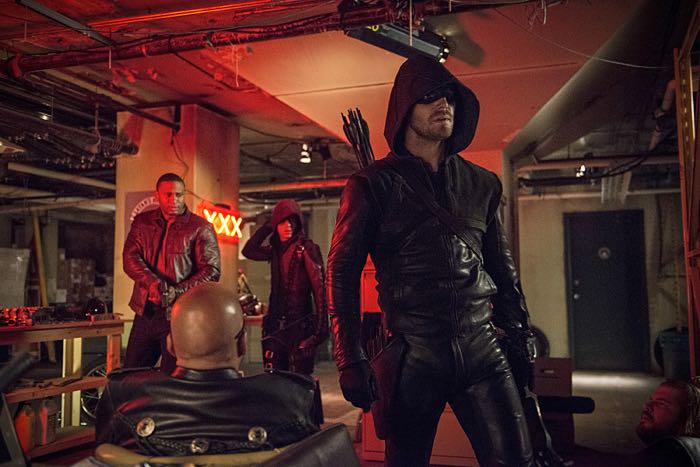 ARROW Season 3 Episode 8 Photos The Brave and the Bold : PART TWO OF THE ARROW AND FLASH CROSSOVER EVENT — Oliver (Stephen Amell), Arsenal (Colton Haynes) and Diggle (David Ramsey) track down the location of a boomerang-wielding killer named Digger Harkness (guest star Nick E. Tarabay) but are surprised when they come face to face with an A.R.G.U.S. team. Diggle asks Lyla (guest star Audrey Marie Anderson) why A.R.G.U.S. is involved, but she defers until Harkness attacks the building, killing several agents and targeting Lyla. The Arrow joins the fight and gets help from an old friend — The Flash (guest star Grant Gustin). Harkness manages to get away and Oliver teams up with Barry again to find him before he can get to Lyla. When Harkness plants five bombs in the city that are timed to explode at the same time, both teams must come together to save the city. Jesse Warn directed the episode with story by Greg Berlanti & Andrew Kreisberg, and teleplay by Marc Guggenheim & Grainne Godfree Schwartz (#308). Original airdate 12/3/2014.