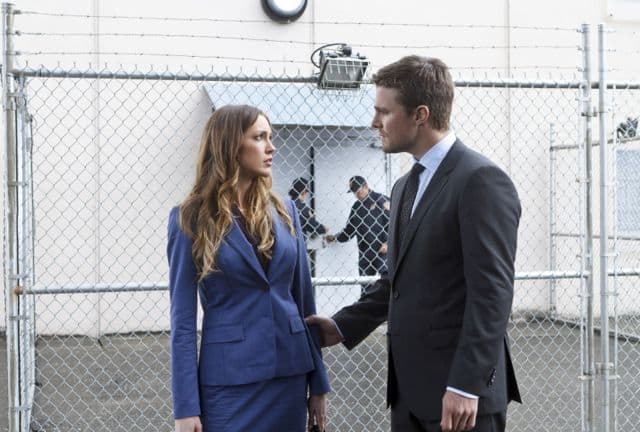 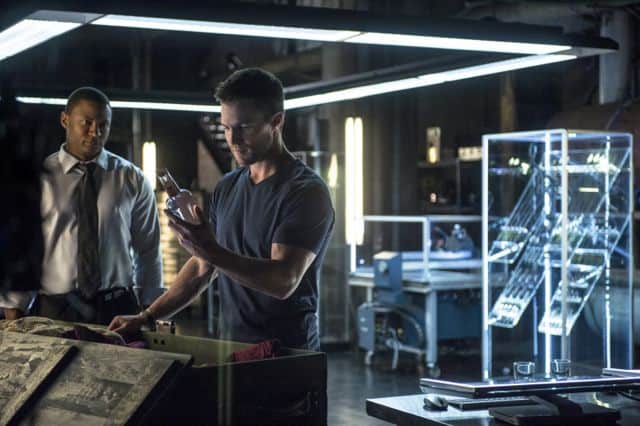 ARROW Season 2 Episode 5 League Of Assassins Photos : THE CANARY SINGS — While Oliver (Stephen Amell) tends to the Canary’s (Caity Lotz) wounds, he tries to get her to talk about where she came from but she refuses.  However, after Oliver and the Canary are attacked at the Queen mansion by a trained killer from the League of Assassins, she confesses to how she’s connected with the nefarious group.  Meanwhile with Moira (Susanna Thompson) facing multiple counts of murder and conspiracy for her part in the destruction of The Glades, the Assistant District Attorney (guest star Dylan Bruce) offers her a choice – plead guilty now and avoid the death penalty or take your chances in court.  Thea (Willa Holland) begs her mother to fight for her life but Moira seems resolute about taking the offer.  Meanwhile, Oliver is furious with Laurel (Katie Cassidy) for joining the prosecution’s team on his mother’s case.  Wendey Stanzler directed the episode written by Jake Coburn & Drew Z. Greenberg (#205).