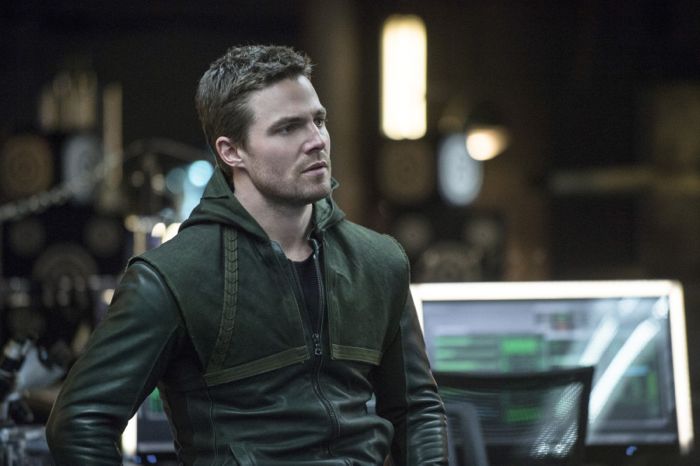 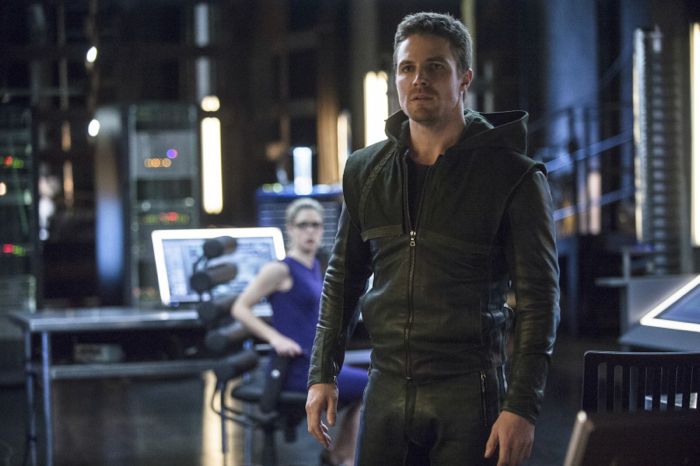 ARROW Episode 2.20 Photos Seeing Red : ROY SPINS OUT OF CONTROL — The mirakuru sends Roy (Colton Haynes) into an uncontrollable rage and he unleashes on the city.  After Roy’s deadly fight with a police officer, Oliver (Stephen Amell) realizes the mirakuru has taken over Roy completely and must figure out a way to stop him.  Things get more complicated after Sara (Caity Lotz) declares that Roy is too far gone and the only way to stop him is to kill him.  Meanwhile, Thea (Willa Holland) believes she can breakthrough to Roy so she goes on camera at Moira’s (Susanna Thompson) campaign rally to lure him to Verdant.  Her ploy works but after Roy attacks Thea, Team Arrow unleashes on him.  Doug Aarniokoski directed the episode written by Wendy Mericle & Beth Schwartz (#220).