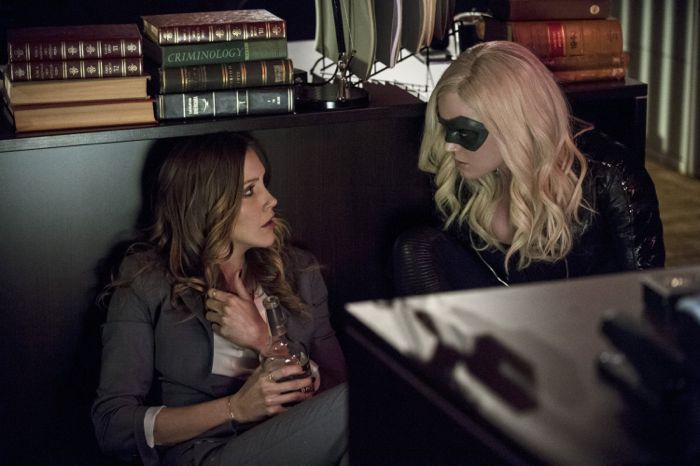 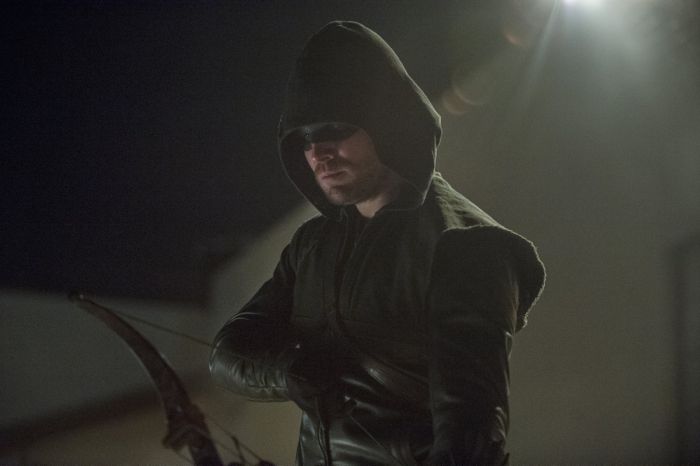 ARROW Episode 2.17 Photos Birds of Prey : WHEN THE HUNTRESS MET THE CANARY — When Frank Bertinelli (guest star Jeffrey Nordling) is arrested, Oliver (Stephen Amell) knows it’s only a matter of time before his daughter, Helena, AKA The Huntress (guest star Jessica De Gouw), returns to town.  To make matters worse, Laurel (Katie Cassidy) is picked to try Frank’s case, putting her right in the path of Helena.  Oliver tells Sara (Caity Lotz) he will handle his ex-girlfriend, but when Helena takes hostages at the courthouse, including Laurel, the Canary will stop at nothing to save her sister.  When The Huntress and Canary meet, an epic battle begins.  Meanwhile, Roy (Colton Haynes) realizes he needs to keep Thea (Willa Holland) safe, but doesn’t like the way he is forced to go about it.  John Behring directed the episode written by Mark Bemesderfer & A.C. Bradley (#217).