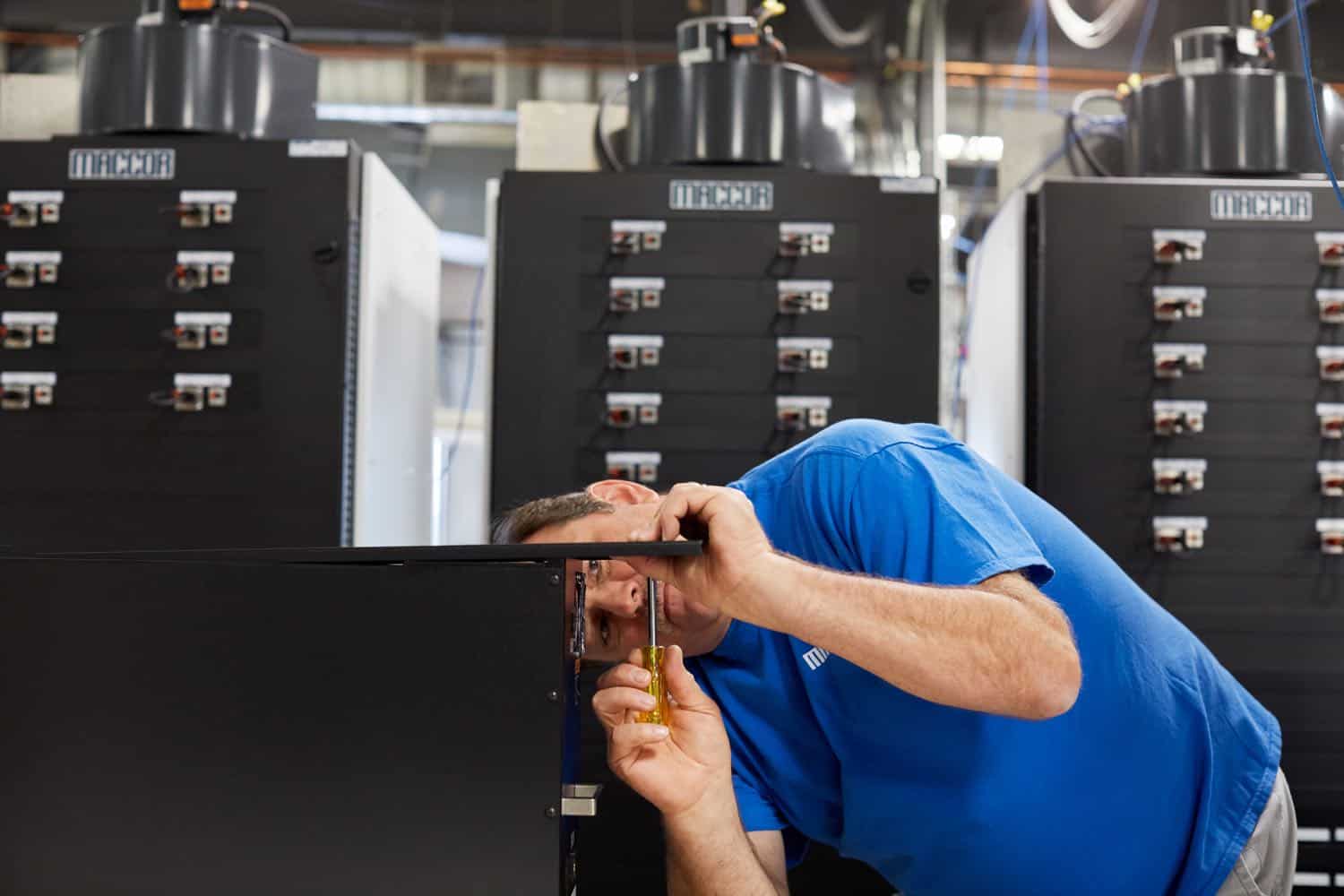 Thirty-three years ago, five friends sat down at a kitchen table in Tulsa, Oklahoma and decided to start a company. Among them: president of Maccor Andy MacKay and his wife Helen, who runs personnel. Today, less than a mile from that spot, Maccor now occupies 80,000 square feet of space and has earned itself a reputation as the top manufacturer of battery testing systems in the world.

Maccor is one of 9,000 American suppliers that Apple spent a collective $60 billion with in 2018, which supports 450,000 jobs. Altogether, Apple is responsible for creating and supporting 2.4 million US jobs across all 50 states, four times the number of American jobs attributable to the company eight years ago. Apple is on pace to directly contribute $350 billion to the US economy by 2023, which the company announced in January of 2018.

“The relationship with Apple has been tremendous and company-changing for us,” says Andy. “We want to build the absolute best equipment we can build — we don’t want to cut corners. Apple is a company where quality is paramount and they push us constantly to see if we can make improvements in our commercial product.” 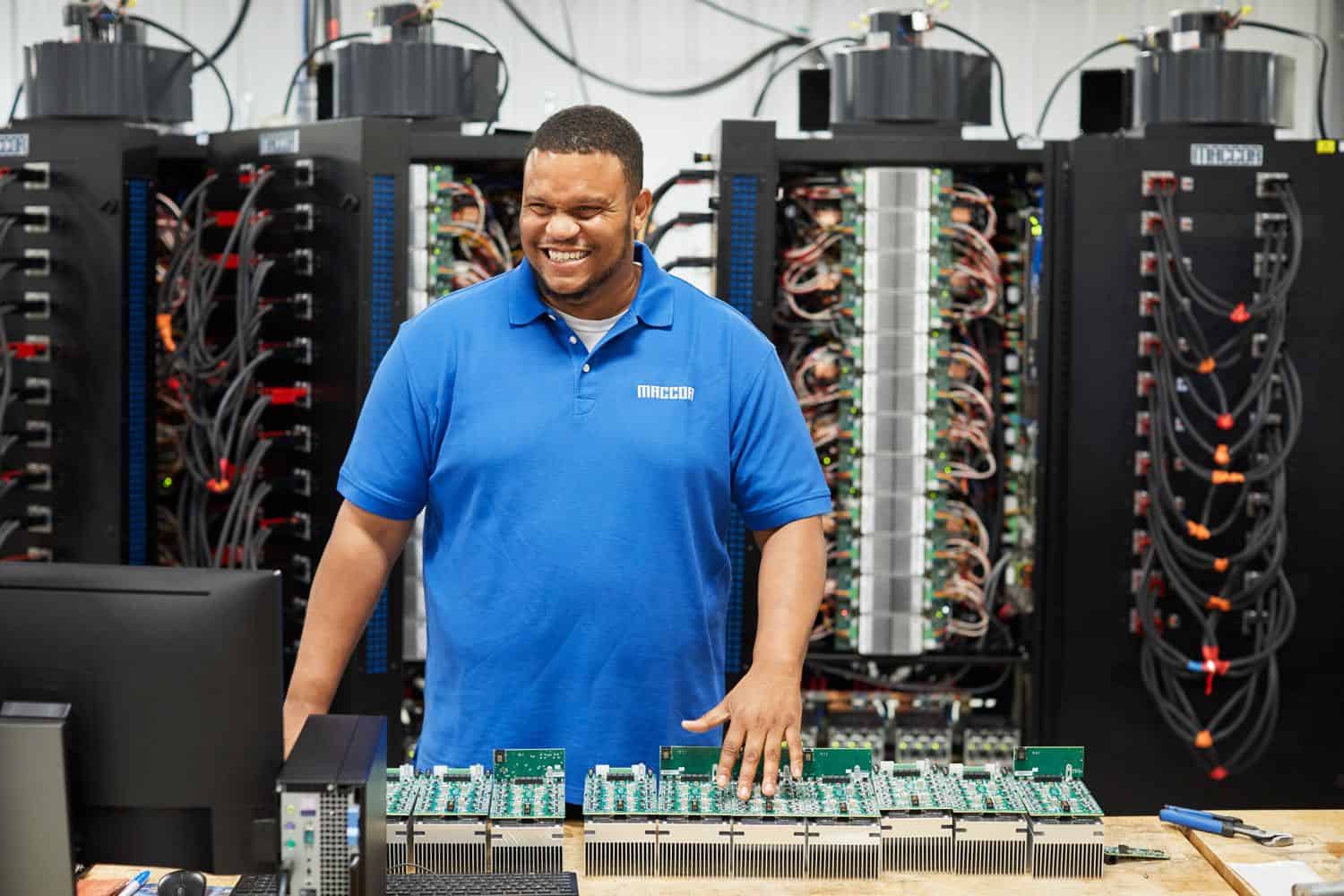 Maccor designs and manufactures high-accuracy hardware and software to test the performance of batteries. The rigorous quality and performance testing helps ensure the batteries found in Apple products are safe and durable.

When Maccor started working with Apple 15 years ago, the company was 60 employees strong. That number has doubled to more than 130 and includes a new facility in San Jose, California. In the last year alone, Maccor’s staff has increased by a third and the company is in the process of hiring more skilled workers.

Every year, Apple looks for new opportunities to expand its existing supplier relationships — in June, Apple entered into an agreement with Broadcom Limited, a California company with a manufacturing facility in Fort Collins, Colorado, to purchase high performance radio frequency modules and components. Since Apple awarded Finisar $390 million as part of the Advanced Manufacturing Fund in December, 2017, the manufacturer is on track to fill 500 full-time positions in Sherman, Texas, in addition to creating nearly 1,000 construction jobs. Finisar is expected to begin shipping lasers called VCSELs, used to power FaceID in the latest iPhones and iPads, in the coming months. 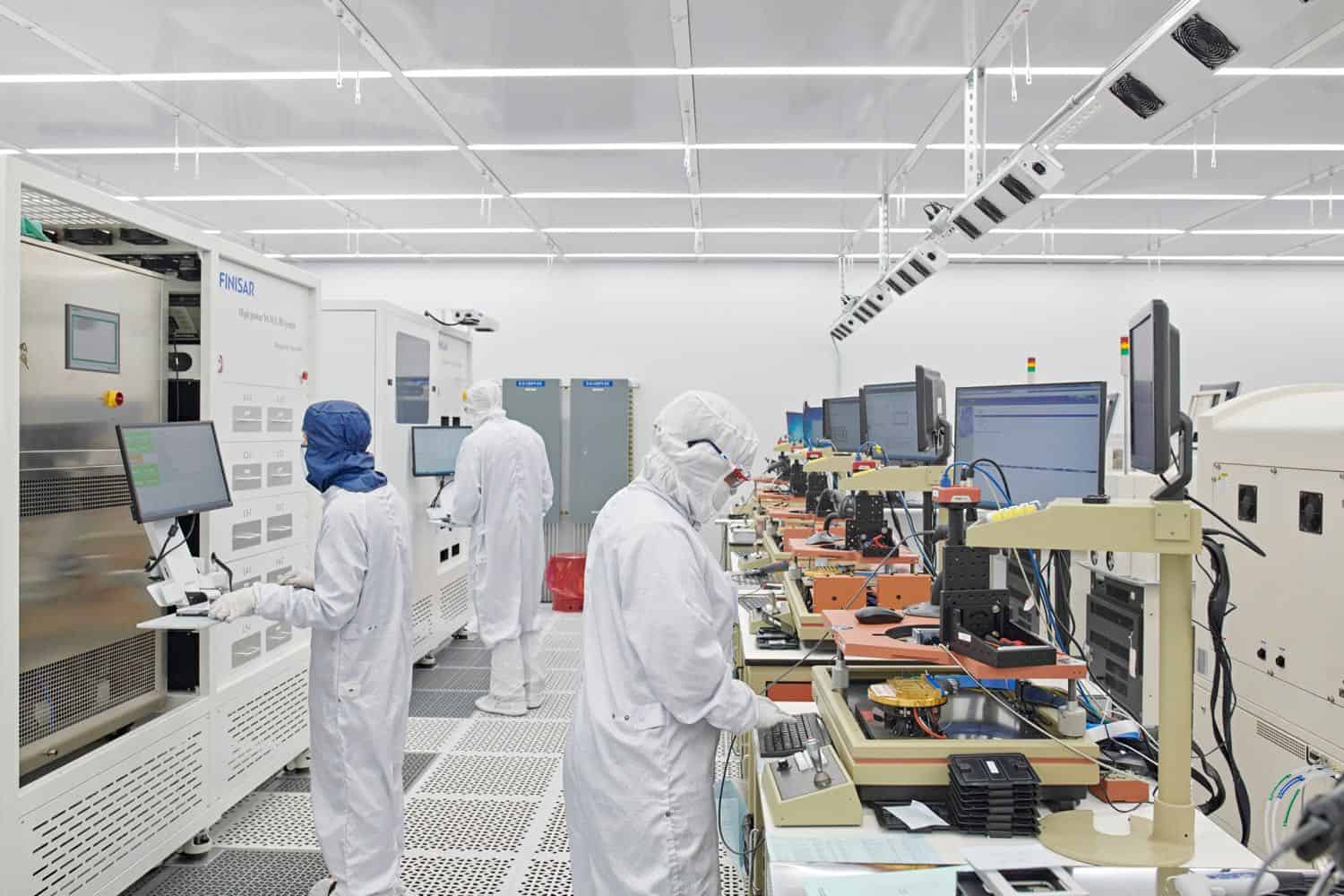 A significant amount of the jobs Apple supports in the US are found in the booming app economy, which is currently responsible for 1.9 million American jobs — an increase of 325,000 in the last two and a half years. Several states saw double-digit growth during that period, including a 43 percent increase in North Carolina, representing almost 15,000 new jobs, and a 50 percent increase in Florida, which added almost 30,000 new jobs. Pennsylvania saw a 64 percent increase in growth, going from 40,800 jobs in 2016 to more than 67,000 today.

Apple also directly employs 90,000 employees in all 50 states, putting the company on track to create 20,000 new jobs across the US by 2023. Earlier this year in San Diego, Apple announced an expansion that will include 1,200 direct jobs and a new campus featuring hundreds of thousands of square feet of office, lab and research space. In Seattle, Apple will add 2,000 new employees in highly skilled engineering positions. 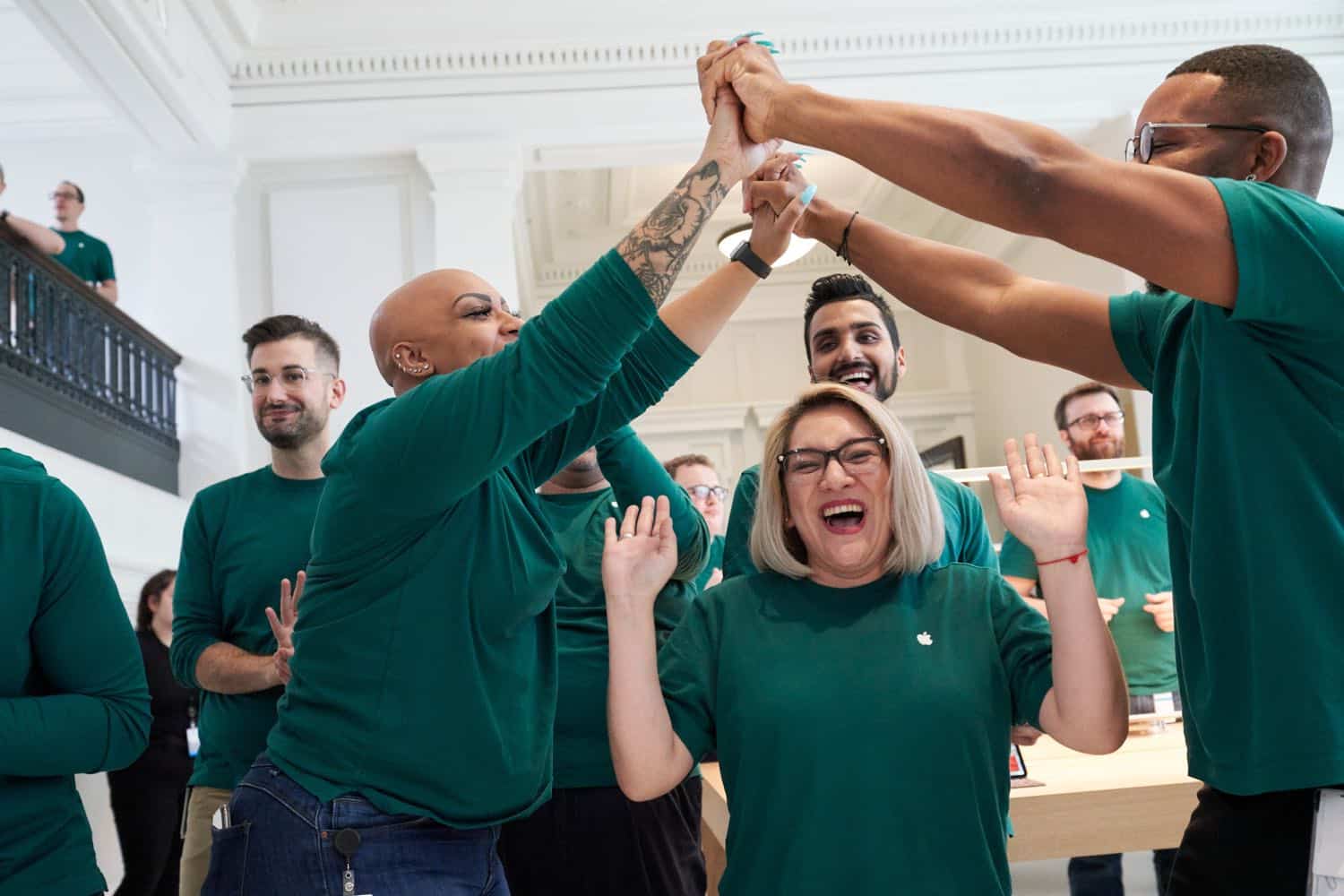 At the heart of all of this growth are companies like Maccor and people like the MacKays, who take pride in investing back into their community. Over the last decade, they have helped almost 50 students go to college through scholarships they fund through the University of Tulsa.

“There wasn’t any money in [our] family to put me through college and I was fortunate to get a full-ride scholarship from the company my mom worked for,” says Andy. “I always remembered that because it changed the trajectory of my life completely, so when the time came that we had the means, we wanted to see if we could help other people in the same way.”

When Andy looks back on his journey, he’s still amazed at where it has led.

“None of us who started this company would have believed that we would ever get to be anything like we are now,” says Andy. “We stand out on the production floor and just look at each other and say ‘Would you ever have thought when we were sitting at the kitchen table at that house a mile away from here that we’d ever be standing in the middle of a building like this?’ We had no idea what was in store for us.” 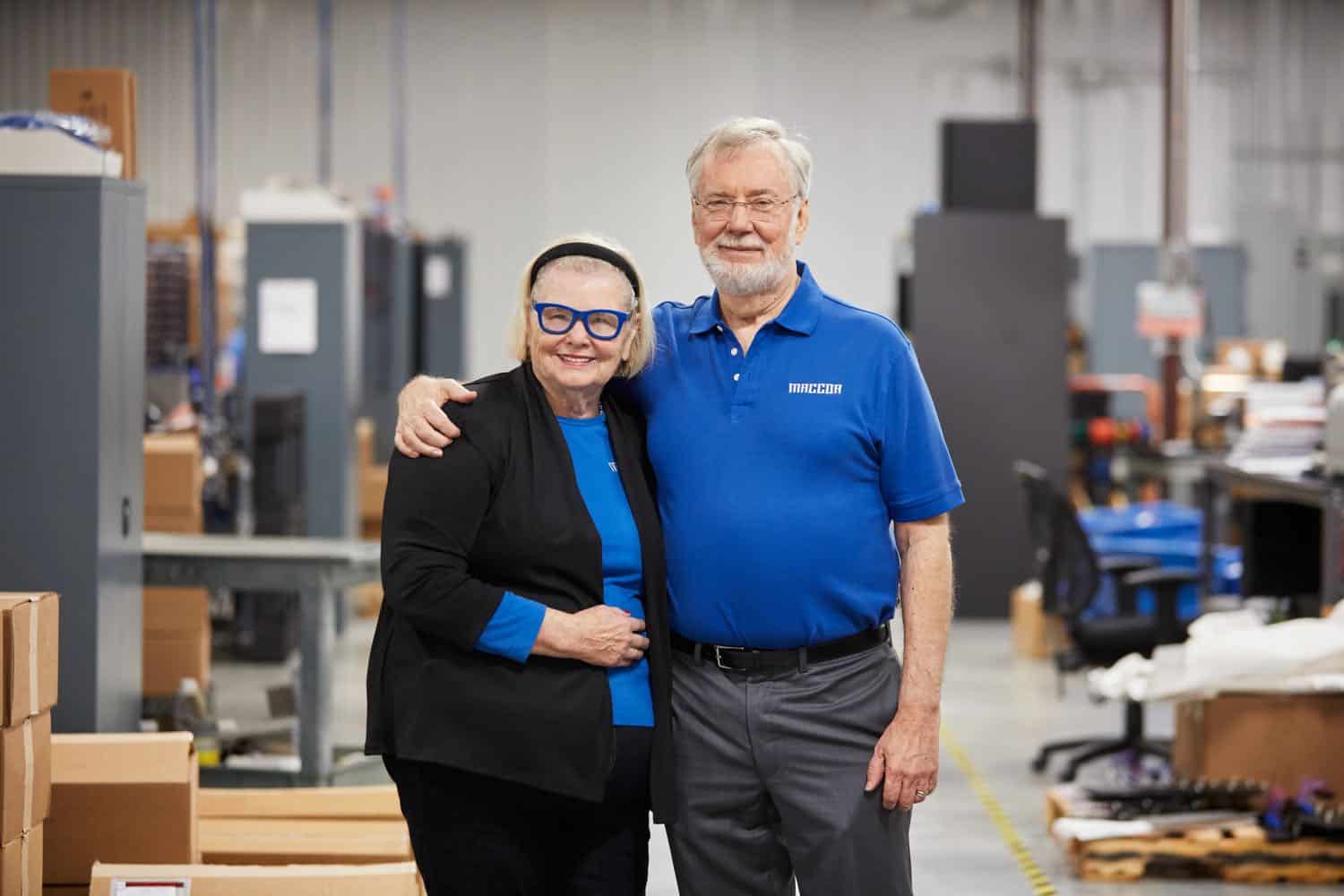 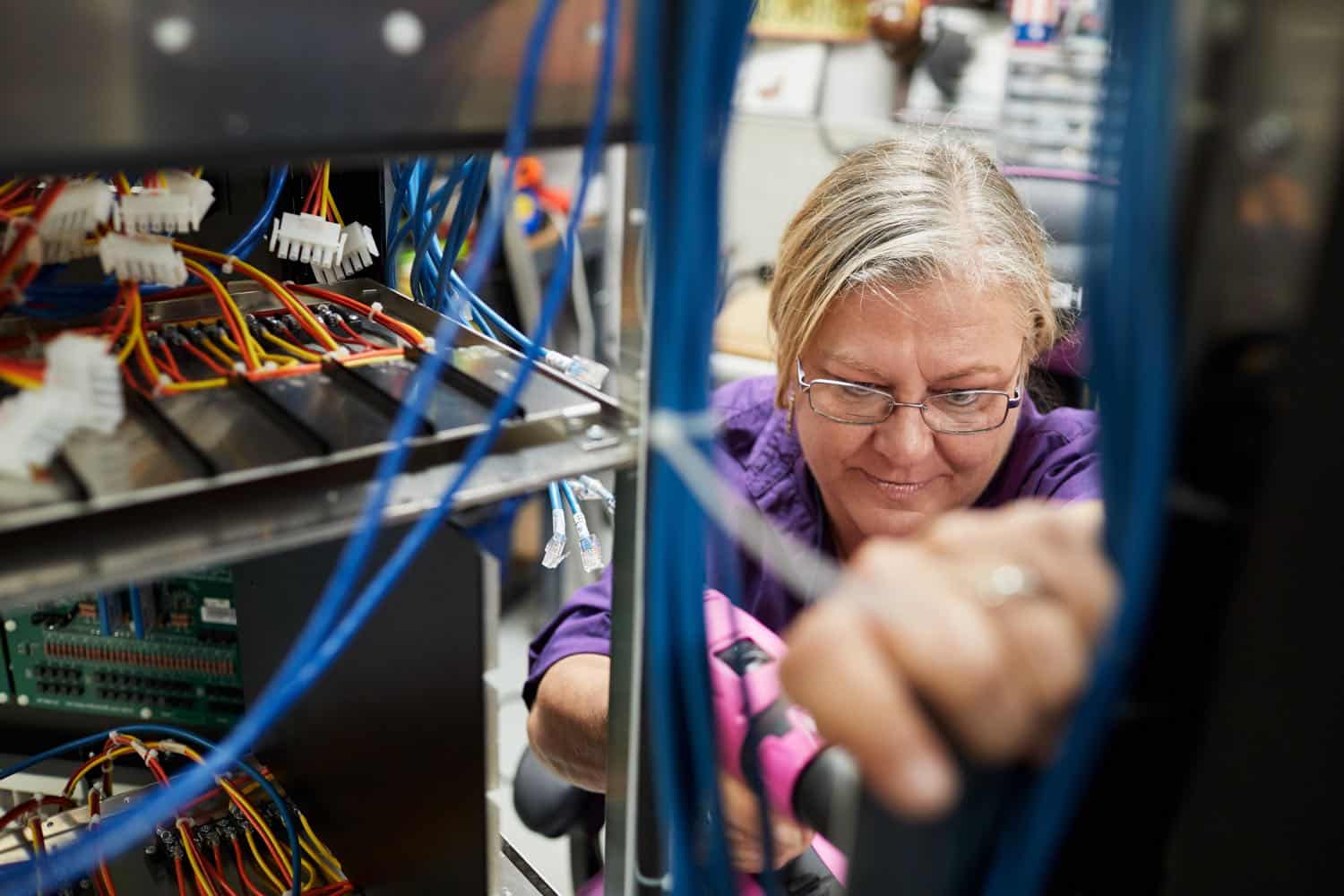 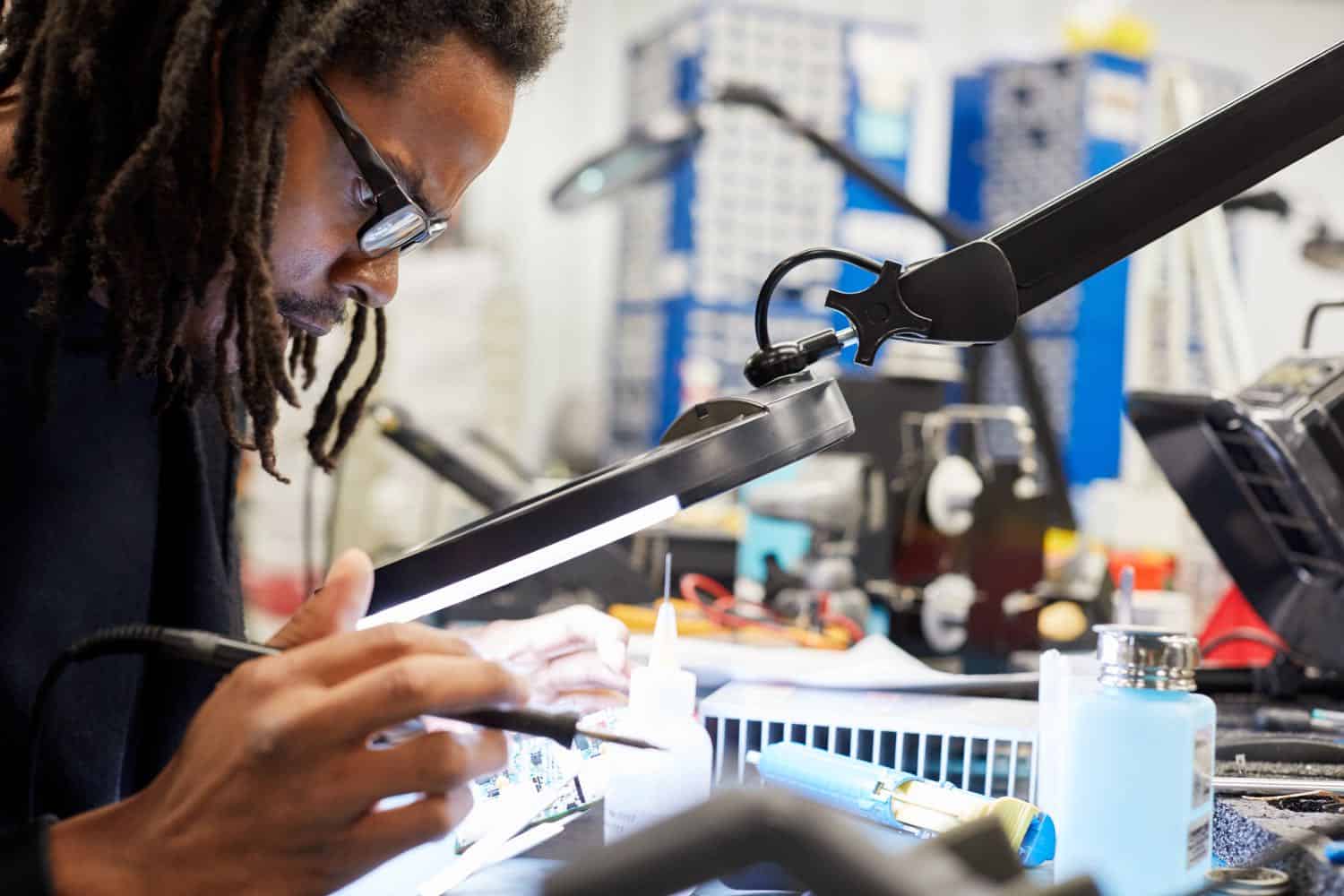