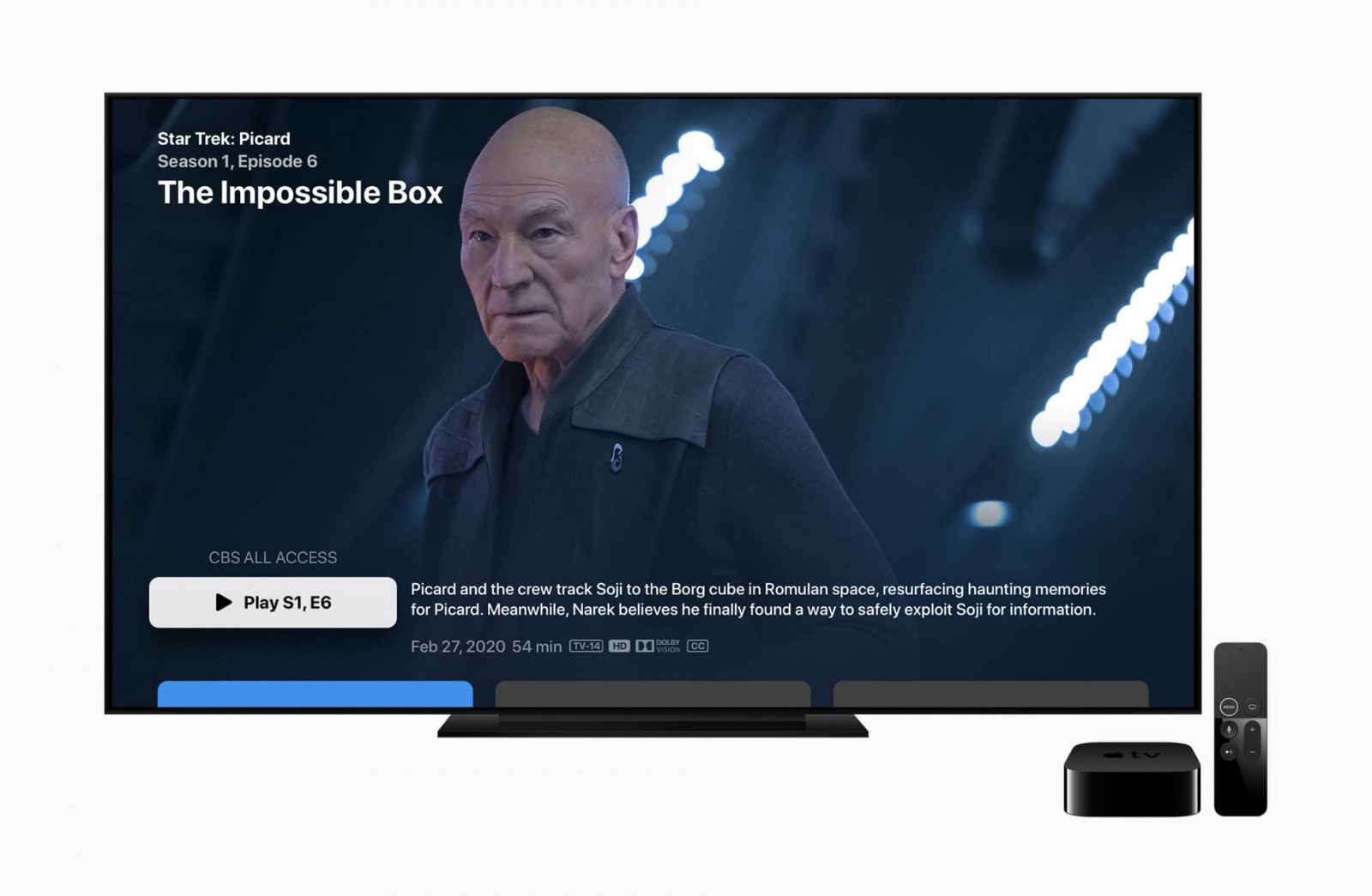 Beginning today, Apple TV+ subscribers in the US can take advantage of a unique benefit — access to a bundle of CBS All Access and SHOWTIME for only $9.99 per month after a seven-day free trial. By subscribing through Apple TV channels, customers can watch content from all three services online and offline, ad-free and on demand, only on the Apple TV app. Through Family Sharing, up to six family members can share the subscriptions to Apple TV+, CBS All Access, and SHOWTIME using just their personal Apple ID and password.

“Apple TV+ gives you access to award-winning Apple Originals, with more high quality series and movies being added each month,” said Eddy Cue, Apple’s senior vice president of Internet Software and Services. “This bundle is a big bonus for Apple TV+ subscribers, giving them the best of CBS and Showtime on the Apple TV app at a great value.”

Through this bundle, Apple TV+ subscribers can enjoy both the CBS All Access Commercial Free plan and SHOWTIME at an incredible price. CBS All Access includes ad-free, on-demand television series, movies, and children’s programming, including exclusive original series like “Star Trek: Lower Decks,” “The Good Fight,” and “The Twilight Zone”; CBS hits like “Big Brother” and “The Late Show with Stephen Colbert”; plus an expanded library of ViacomCBS series and movies, including seasons of “SpongeBob SquarePants,” “Chappelle’s Show,” “The Legend of Korra,” and other favorites from BET, Comedy Central, MTV, Nickelodeon, and Paramount Pictures. CBS All Access also includes the live feed of a subscriber’s local CBS station, including major sporting events like “NFL on CBS” and more.

SHOWTIME features popular original series such as “Billions,” “The Chi,” “Black Monday,” “Homeland,” “Shameless,” “We Hunt Together,” and “Desus and Mero,” as well as “SHOWTIME Championship Boxing” and movies and documentaries like “Hustlers,” “Waves,” “Outcry,” and “The Go Go’s.”

“There’s no better time to launch this special bundle,” said Marc DeBevoise, ViacomCBS’s chief digital officer and ViacomCBS Digital’s president and chief executive officer. “CBS All Access has recently expanded to now have 20,000+ episodes and movies for fans to enjoy, plus a great slate of new content from exclusive original series, like ‘Star Trek: Discovery’ and ‘The Stand,’ to new programming from CBS like ‘Big Brother,’ ‘Love Island,’ and more.”

“Showtime is pleased to be part of a package with CBS All Access offering our broad array of truly addictive series, sports, and documentaries to Apple TV+ subscribers,” said David Nevins, CBS’s chief creative officer and Showtime Networks Inc.’s chairman and chief executive officer. “It’s great to be able to reach so many viewers with an offer that delivers our premium content through the Apple TV app.”

The Apple TV app brings together all the different ways to discover and watch shows, movies, and more in one app, and is available on iPhone, iPad, Apple TV, Mac, select Samsung and LG smart TVs, and Roku and Amazon Fire TV devices. The Apple TV app will launch on Sony and VIZIO smart TVs later this summer. For a limited time, customers who purchase a new iPhone, iPad, Apple TV, Mac, or iPod touch can enjoy one year of Apple TV+ for free.

First Wave Of Casting Announced For BETWEEN THE WORLD AND ME