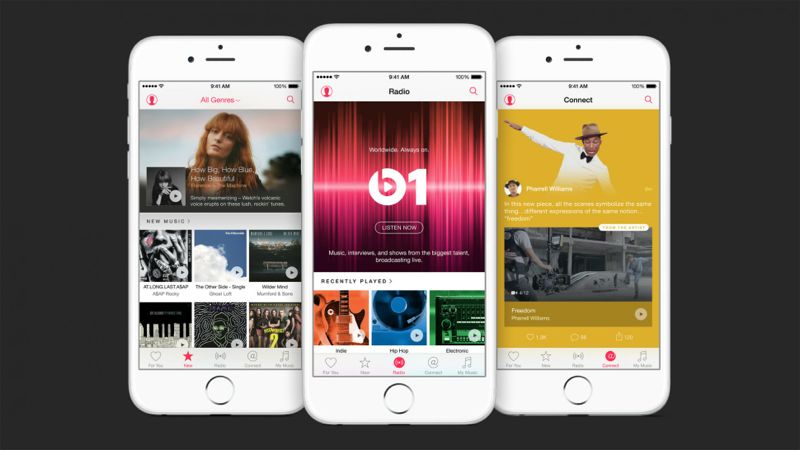 The growth was fueled by record fourth quarter sales of iPhone®, the expanded availability of Apple Watch®, and all-time records for Mac® sales and revenue from services.

“Fiscal 2015 was Apple’s most successful year ever, with revenue growing 28% to nearly $234 billion. This continued success is the result of our commitment to making the best, most innovative products on earth, and it’s a testament to the tremendous execution by our teams,” said Tim Cook, Apple’s CEO. “We are heading into the holidays with our strongest product lineup yet, including iPhone 6s and iPhone 6s Plus, Apple Watch with an expanded lineup of cases and bands, the new iPad Pro and the all-new Apple TV which begins shipping this week.”

“Apple’s record September quarter results drove earnings per share growth of 38% and operating cash flow of $13.5 billion,” said Luca Maestri, Apple’s CFO. “We returned $17 billion to our investors during the quarter through share repurchases and dividends, and we have now completed over $143 billion of our $200 billion capital return program.”

Apple is providing the following guidance for its fiscal 2016 first quarter:

Apple’s board of directors has declared a cash dividend of $.52 per share of the Company’s common stock. The dividend is payable on November 12, 2015, to shareholders of record as of the close of business on November 9, 2015.

Apple will provide live streaming of its Q4 2015 financial results conference call beginning at 2:00 p.m. PDT on October 27, 2015 at www.apple.com/quicktime/qtv/earningsq415. This webcast will also be available for replay for approximately two weeks thereafter.