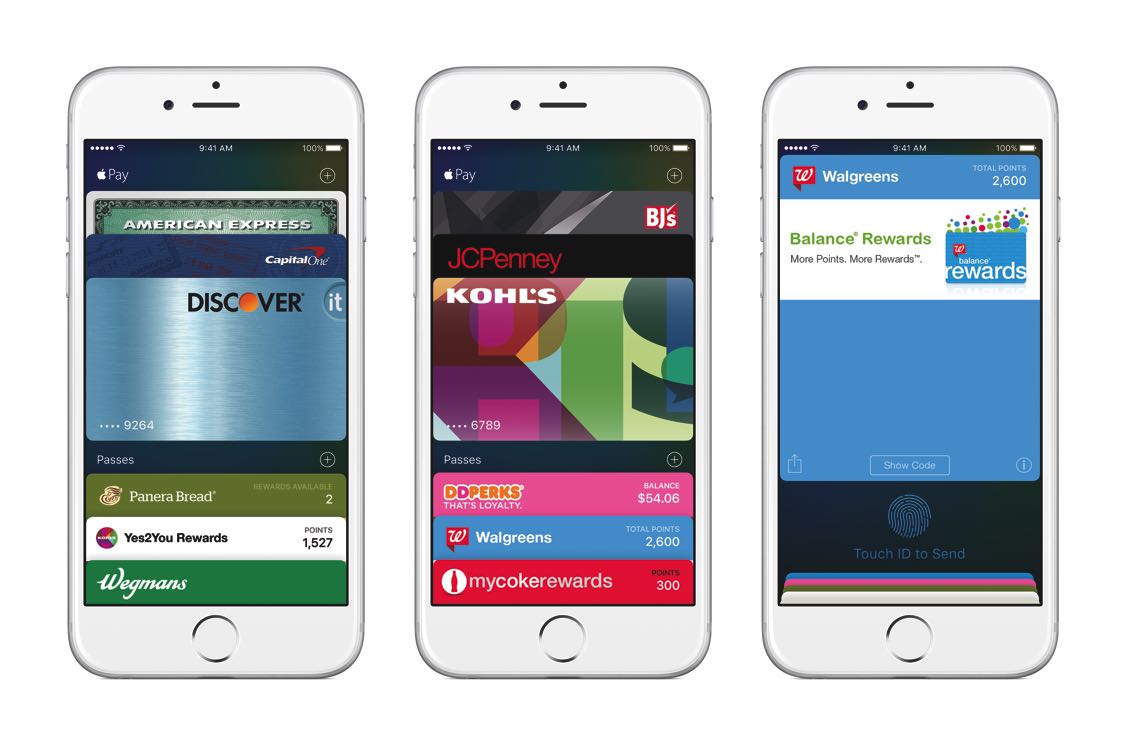 Apple® today announced that iPhone® 7, iPhone 7 Plus and Apple Watch® Series 2 will bring customers in Japan the ability to use Apple Pay®, an easy, fast and secure way to pay for everything in their daily routines, beginning in October. Users can commute and pay for everyday items with Suica from JR East, and make convenient and private credit and prepaid card purchases in stores, apps and on the web with a single touch. Apple is also introducing support for transit in Japan with Maps in iOS 10, so commuters can easily find ride details, including fare breakdowns that automatically show Suica pricing right on their device, making their commute more seamless and simpler than ever.

Apple Pay is accepted anywhere Suica is available, so users can make quick everyday purchases and buy or reload a Suica card or commuter pass, all with their iPhone. Japan’s major financial brands will also support Apple Pay, so shoppers can make purchases in many of the country’s largest stores, at neighborhood shops and restaurants, and from their favorite online merchants.

“We are incredibly excited to bring iPhone 7 to customers in Japan so they can experience the magic of Apple Pay,” said Tim Cook, Apple’s CEO. “Apple Pay will transform your daily routine, from making your commute easier and more convenient than ever with Suica right on your iPhone 7 and Apple Watch Series 2, to using your favorite cards to make secure and private purchases with a single touch.”

“As the world’s largest transit operator, JR East is committed to innovating so we can provide our customers across Japan the best service possible,” said Tetsuro Tomita, president and CEO of East Japan Railway. “For iPhone 7, we redesigned an entirely new experience from the ground up so our customers can enjoy the ease and security of using Apple Pay while commuting, in our app and in stores with Suica.”

iPhone 7, iPhone 7 Plus and Apple Watch Series 2 sold in Japan will support FeliCa Type-F NFC contactless technology, which is used every day for more than 160 million transactions across Japan.

When Maps launches support for transit in Japan with iOS 10 in October, Apple Pay users can map out and pay for their entire commute, including major train, subway, ferry and national bus lines, on their iPhone 7, iPhone 7 Plus and Apple Watch Series 2, based on updated fare and schedule information. If you have a Suica card added to Apple Pay and are planning a route that exceeds its balance, an alert will show it’s time to reload, and you can do so instantly, right on your device. Commuters can also follow carefully curated navigation instructions so it’s easy to get around Japan’s extensive underground tunnel networks.

Apple Pay will support many of the most popular Japanese credit and prepaid cards issued by AEON, Credit Saison, JCB, Mitsubishi UFJ Nicos, Orient Corporation, Sumitomo Mitsui Card, Toyota Finance, UC Cards and View Card, and carriers KDDI, NTT Docomo and Softbank, representing more than three-quarters of all credit card spending in Japan, with major global and domestic networks like American Express, Mastercard, JCB, iD and QUICPay. Users will continue to receive all of the rewards and beneﬁts offered by their cards.

Beginning in October, iPhone 7, iPhone 7 Plus and Apple Watch Series 2 users will be able to make purchases in stores anywhere Suica, iD or QUICPay is accepted, encompassing nearly two-thirds of all transactions at Japan’s largest merchants. In addition to Apple Stores in Japan, leading retailers that will accept Apple Pay include convenience stores like 7-Eleven, Circle K, Family Mart, Lawson, Ministop and Sunkus, supermarkets such as AEON, APITA and PIAGO, gas stations including ENEOS and Esso Mobil General, retailers like BicCamera, Matsumoto Kiyoshi and Uniqlo, and favorite local brands such as JapanTaxi and Sukiya.

Online shopping in apps and on websites accepting Apple Pay is as simple as the touch of a finger with Touch ID®, so there’s no need to manually fill out lengthy account forms or repeatedly type in shipping and billing information. Your card number is kept private and not shared with the merchant. Online brands that will accept Apple Pay in Japan include BASE, Demae-Can, giftee, Jalan.net, JapanTaxi, minne and Toho Cinema.

When paying for goods and services on the go within apps or Safari®, Apple Pay works with iPhone 6 and later, iPad Pro™, iPad Air® 2, and iPad mini™ 3 and later. You can also use Apple Pay in Safari on any Mac® introduced in or after 2012 running macOS™ Sierra, and confirm the payment with iPhone 6 or later or Apple Watch.

Security and privacy is at the core of Apple Pay. If your iPhone, iPad or Apple Watch is ever lost, you can use Find My iPhone to put your device in Lost Mode to suspend Apple Pay, or you can wipe your device clean completely. You can also stop the ability to make payments with Apple Pay on iCloud.com. If you lose your device, your Suica balance is recoverable.

When you use a credit or prepaid card with Apple Pay, the actual card numbers are not stored on the device, nor on Apple servers. Instead, a unique Device Account Number is assigned, encrypted and securely stored in the Secure Element on your device.