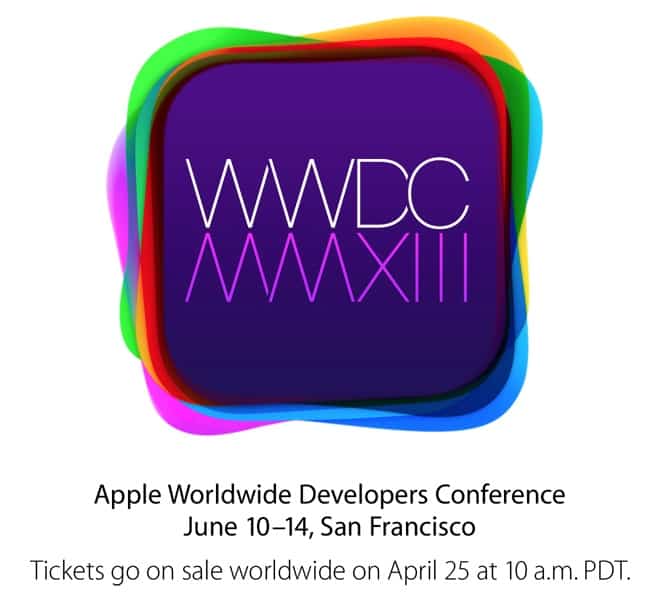 Apple® today announced that it will hold its annual Worldwide Developers Conference (WWDC) June 10 through June 14 at San Francisco’s Moscone West. At the five-day conference, developers from around the world will learn about the future of iOS and OS X®, enabling them to create incredible new apps with innovative features. WWDC will also feature more than 100 technical sessions presented by over 1,000 Apple engineers, hands-on labs to help developers integrate new technologies, as well as the popular Apple Design Awards, a showcase of the most outstanding apps available through the App Store℠ and Mac® App Store. Tickets for this year’s WWDC go on sale Thursday, April 25 at 10 a.m. PDT.

“We look forward to gathering at WWDC 2013 with the incredible community of iOS and OS X developers,” said Philip Schiller, Apple’s senior vice president of Worldwide Marketing. “Our developers have had the most prolific and profitable year ever, and we’re excited to show them the latest advances in software technologies and developer tools to help them create innovative new apps. We can’t wait to get new versions of iOS and OS X into their hands at WWDC.”

Four Things To Invest Your Money In

To purchase tickets, get updates and more information, developers can go to the WWDC website (developer.apple.com/wwdc).