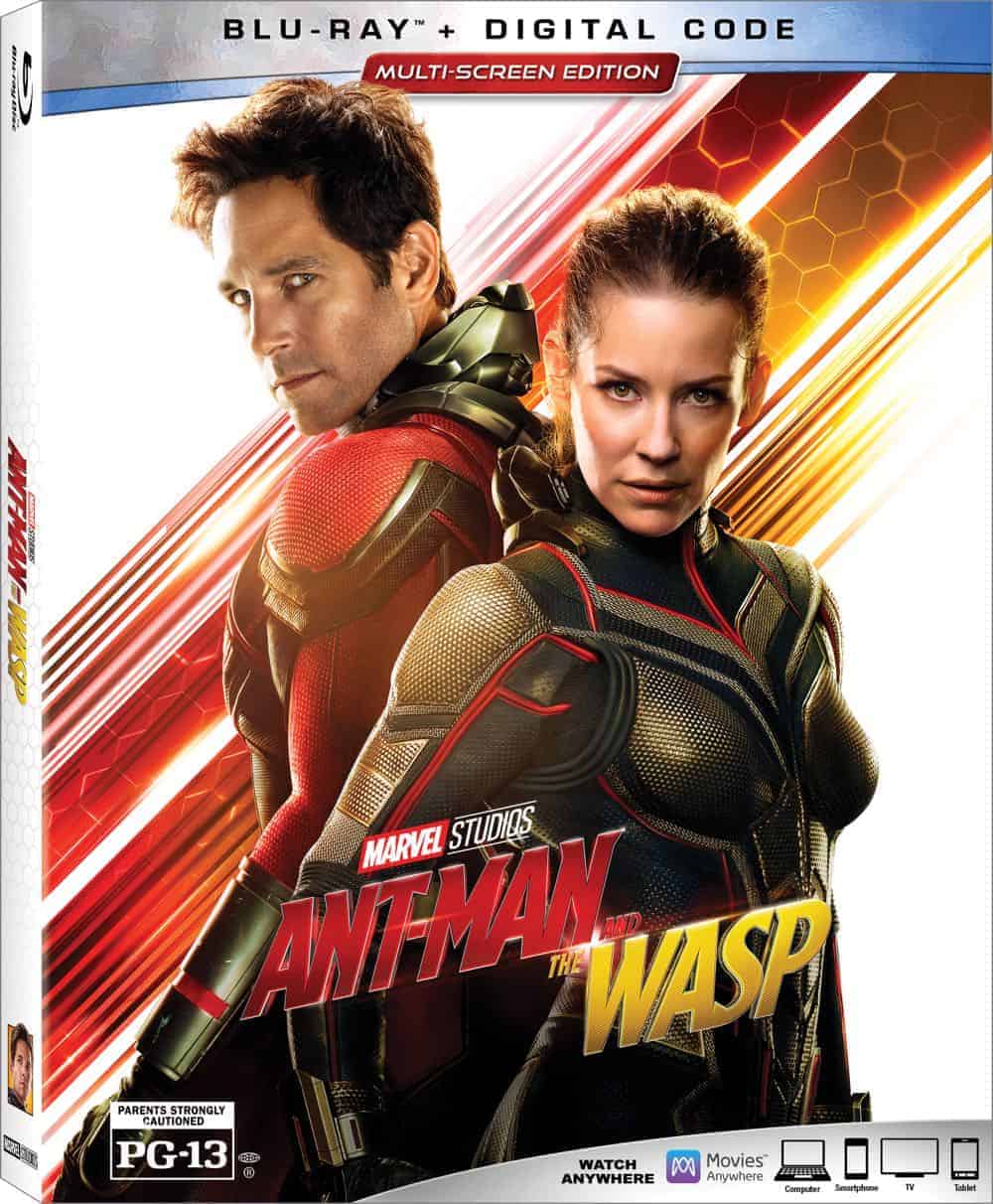 Moviegoers are still buzzing about Marvel Studios’ “Ant-Man and The Wasp,” the follow-up to 2015’s “Ant-Man” and the 20th consecutive Marvel Cinematic Universe film to debut at No. 1 opening weekend and ranked in the box office top 10 for six consecutive weeks this summer. On Oct. 2, fans can instantly watch the laugh-out-loud super hero adventure Digitally in HD and 4K Ultra HD™, and on Movies Anywhere; and on Oct. 16, take it home on Blu-ray™ and Blu-ray 4K Ultra HD™.

Exclusive extras provide an inside look at some of Marvel Comics’ most celebrated characters and the consummate, comedic actors who portray them in “Ant-Man and The Wasp.” Featurettes spotlight Paul Rudd, who returns as good-hearted thief turned hero, Scott Lang, and delivers big laughs both on set and in theaters; Evangeline Lilly, who transforms into The Wasp, the first female character to be featured in the title treatment of a Marvel Studios film; and iconic actors Michael Douglas and Michelle Pfeiffer as super couple Hank and Janet Van Dyne.  Viewers can explore more about the visual development artists and effects used to bring the characters to life and drastically alter the size of the Super Heroes and their surroundings. Additional extras include deleted scenes, bloopers, outtakes, and audio commentary by “Ant-Man” franchise director Peyton Reed.

“Ant-Man and The Wasp” comes packaged in several formats to best fit today’s varying consumer desires. Viewers can instantly bring home the film two weeks early on Digital SD/HD/4K Ultra HD and receive access to two exclusive features — including a clever commercial promoting a close-up look at the online magic school that FBI agent Jimmy Woo references to learn his card tricks and a 10 years of Marvel Studios featurette profiling the artists of the MCU — or they can purchase a physical copy of the film as either a Cinematic Universe Edition (4K Ultra HD, Blu-ray and Digital Code) or a Multi-Screen Edition (Blu-ray and Digital Code), granting the flexibility to watch the device of their choice.
BONUS MATERIAL (may vary by retailer):
Blu-ray & Digital:

In “Ant-Man and The Wasp,” Scott Lang is grappling with the consequences of his choices, as both the Super Hero Ant-Man and a father, in the aftermath of “Captain America: Civil War.” As he struggles to rebalance his home life with his responsibilities as Ant-Man, he’s confronted by Hope van Dyne and Dr. Hank Pym with an urgent new mission to rescue Janet van Dyne from the Quantum Realm. Scott must once again put on the suit and learn to fight alongside The Wasp, all while attempting to serve house arrest, assist fast talking-Luis (Michael Peña) and the X-con Security crew, and thwart the efforts of a new adversary called Ghost (Hannah John-Kamen) and her ally Bill Foster (Laurence Fishburne). 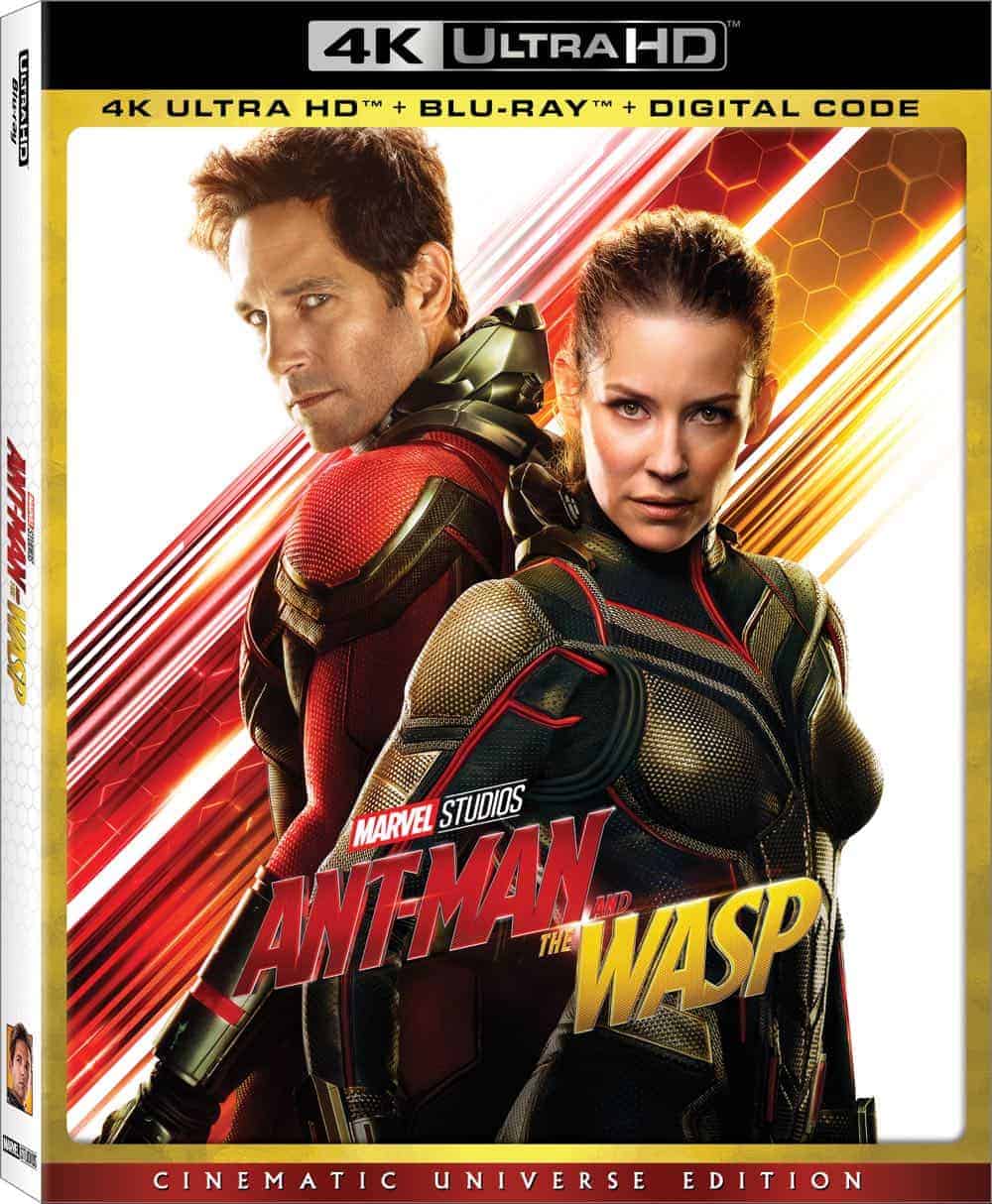 Tags
4K Ant-Man and the Wasp