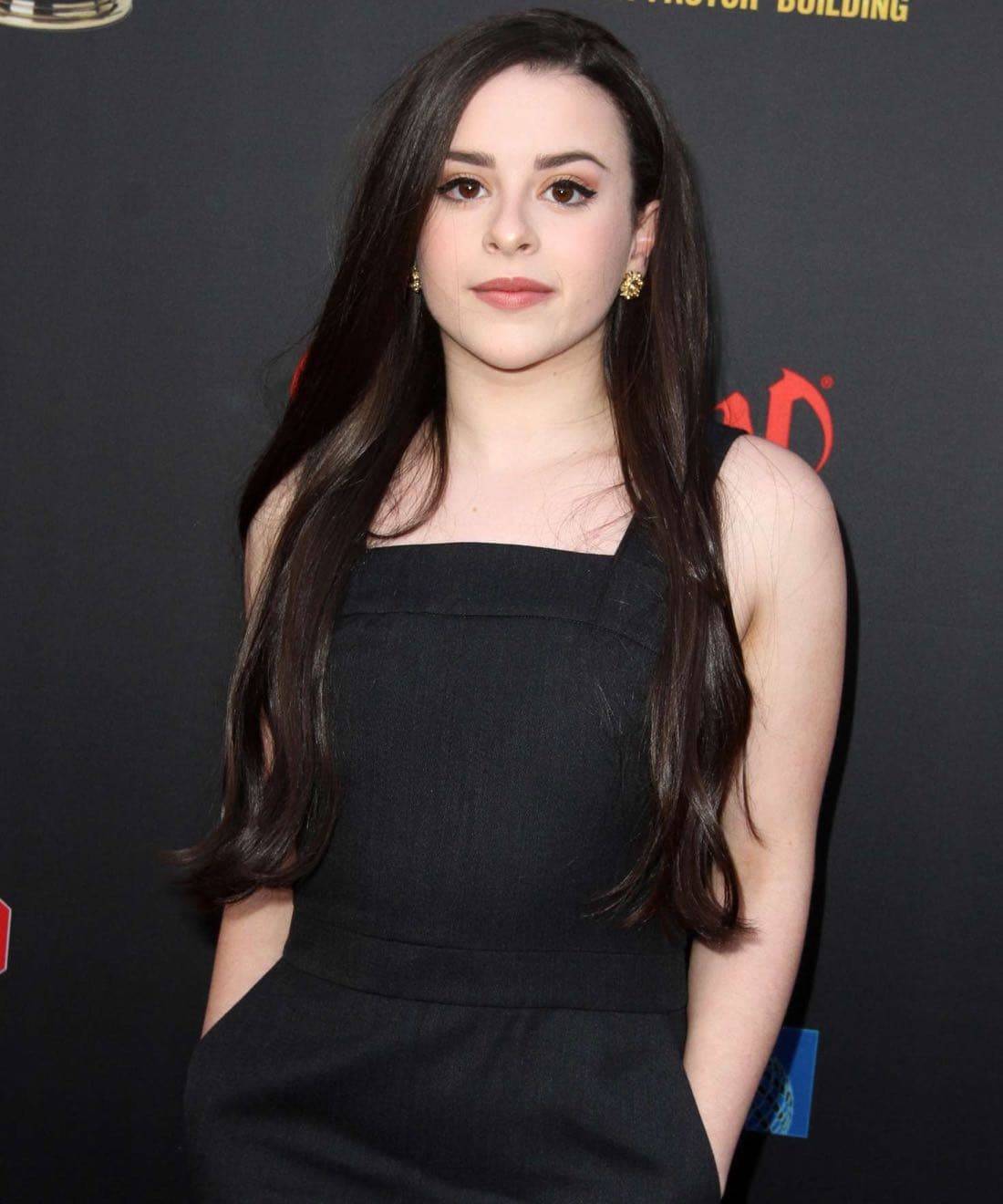 With enough energy to dazzle audiences across the globe, young actress Adrianna Di Liello is a sight to behold. Adrianna currently stars in two active television series, ANNEDROIDS for Amazon and BACKSTAGE for Disney Channel. As if that were not enough, the rising star has also just scored her first Daytime Emmy nomination for her outstanding work on ANNEDROIDS. It is easy to see why too — Adrianna is fun, energetic and comedy gold on screen. In an exclusive interview, Adrianna talks about the appeal of her role on ANNEDROIDS and where she is at in her hot career right now.

What continues to appeal to you about the role of Shania and working on the ANNEDROIDS?
ADRIANNA:  The character is very insightful.  She is honest, confident and sure of herself. She is a good and loyal friend.  These are the things we probably all aspire to.

How would you describe who Shania is at this point in the series?
ADRIANNA:  Where Anne helps her friends understand science- Shania helps Anne understand the meaning of friendship, fun, adventure and living in the moment.

What do you most admire and/or like about Shania?
ADRIANNA:  I admire how she instantly knows who she is, who she wants to be and sticks by it.

What is it like working alongside Addison Holley, Millie Davis, and Jadiel Dowlin?
ADRIANNA:  So much fun to work with them. Millie was offset recording so we didn’t get to spend too much time with her, but when she was on set she was so fun. Addy and Jadiel and I saw each other every day, four days a week for almost two years. We became friends and continue to be.  I admire them so much for their professionalism and kind hearts.

What has been your favorite part about working on the show?
ADRIANNA:  The set is amazing. The overall environment including the crew and production people are all so kind and special. It was an amazing experience.

What has been the one thing you as an actor have taken away from working on ANNEDROIDS?
ADRIANNA:  How many people it takes to create a special and unique show like this one.  The writers, the art department, costumes, cast, sound….so many talented people creating something together.

What do you hope viewers to take away from watching ANNEDROIDS as the show continues?
ADRIANNA:  I hope that young kids can see themselves in this show.  There are so many opportunities for people to connect to this show given that we cover so many relevant issues like gender stereotypes and unconventional families.

What has surprised you most about your career so far?
ADRIANNA:  I have discovered that I really enjoy doing the work, the planning required overseeing the final product.  I love being on set with people working together. That is my favorite part.

Then what are the perks of where you are in your career right now?
ADRIANNA:  Every once in a while we get to meet cool people and go to really fun and special events like the Emmys!

Do any of your characters and the situations they find themselves in ever leave a lasting impression on you?
ADRIANNA:  There have been a few times where I’ve seen the characters I play take on pretty big challenges and it reminds me that anything is possible.

Has there been any great advice you have gotten?  What advice would you offer to other upcoming and aspiring actors?
ADRIANNA:  Define success for yourself before someone else defines it for you. Being famous isn’t the goal.  Doing good work and being happy doing it, is the goal.

How does it feel getting the “Outstanding Performance on a Kid’s Series or Family Viewing Program” nomination for the 2017 Daytime Emmy Awards for your work on ANNEDROIDS?
ADRIANNA:  I feel so grateful and excited.  It was a shock when we found out and it still is.  I now understand what people mean when they say it is an honor to be nominated.

Do you have any other upcoming projects that you can share that fans should keep an eye out for?
ADRIANNA:  I also play a young ballerina named Jenna on a show called BACKSTAGE that is on Family Channel in Canada and Disney in the US and worldwide.  She is such a fun character to play and I get to dance on the show which I love to do!

To see more of Adrianna’s vivacious performances, all new episodes of ANNEDROIDS will be available for viewing on Amazon.com starting June 6th and keep an eye out for her continuing work in BACKSTAGE as Season 2 becomes available on the Disney Channel later in 2017.

You can also find out more about Adrianna’s current projects by following her on Twitter: @AdriDiLiello

Here’s where to see an interview by Bionic Buzz with Adrianna from the red carpet at the 44th Daytime Emmy Awards: