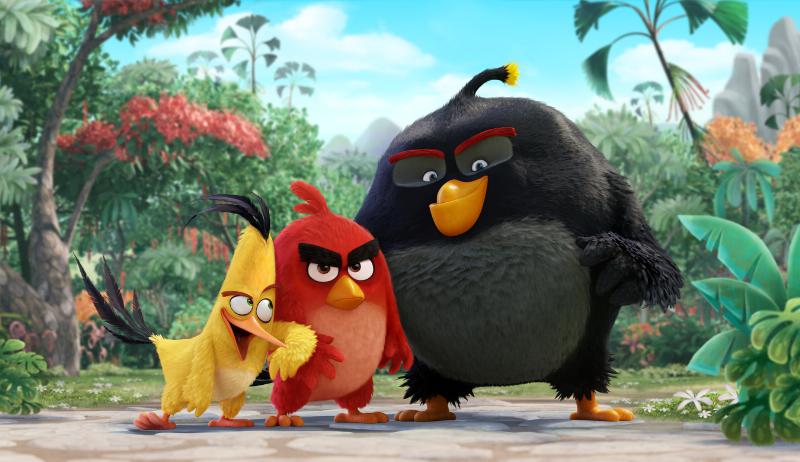 Over the past 48 hours, fans of Angry Birds have discovered a reveal within the game: by slinging one billion birds, fans had the chance to unlock the voice cast and get a sneak peek at the new look of the characters of the Angry Birds feature film.

Jason Sudeikis (Horrible Bosses, last year’s comedy hit We’re the Millers) will lead the cast as Red, a bird with a temper problem. Josh Gad, in his first animated role since the global smash hit Frozen, plays speedy Chuck, and Danny McBride (This is the End, Eastbound & Down) portrays the volatile Bomb. Bill Hader (Saturday Night Live, Cloudy with a Chance of Meatballs) has joined the pork side, Maya Rudolph (Bridesmaids, The Maya Rudolph Show) will play Matilda, and Peter Dinklage (Game of Thrones, X-Men: Days of Future Past) will play the legendary Mighty Eagle.

John Cohen, producer of the film said, “I’m extremely proud of this cast. Not only do we have Jason, Josh, Danny, Bill, Maya, and Peter bringing these characters to life, but they’re surrounded by an all-star ensemble of emerging comedic talent – these are some of the funniest people out there today, and we’re thrilled to have them all on board.”

Dwight Caines, president, Theatrical Marketing for Sony Pictures, said, “With two and a half billion gamers around the world, Angry Birds is one of those brands that can drive massive fan engagement. That’s why we wanted to bring this unlock to the fans first. Our filmmakers are cooking up a hilarious movie, and we know these fans can’t wait to see how they’re going to bring the Angry Birds’ story to life on the big screen of movie theaters.”

“We heard limbs and dialogue were all the rage in modern animation so we went all in. Not just one, but all of our characters have legs and wings! Except for the pigs, that is,” added Blanca Juti, Chief Marketing Officer of Rovio.

The upcoming movie marks Rovio’s first foray into feature films, although fans have already been introduced to the Angry Birds world with the weekly Angry Birds Toons animated series. Rovio launched the series last year through its Angry Birds game, as well as on select video-on-demand channel providers, Smart TVs, connected devices, and on select TV networks around the world. Paving the way for a full-length feature film, Angry Birds Toons has been a massive success for Rovio and has surpassed more than three billion views in its first 18 months.

Set to debut in the US on July 1, 2016, Angry Birds is directed by Fergal Reilly and Clay Kaytis, produced by John Cohen and Catherine Winder, and executive produced by Mikael Hed and David Maisel. The film is written by Jon Vitti. The film, which will be distributed globally by Sony Pictures, is produced by Rovio, and the Academy Award®-winning visual effects and animation company Sony Pictures Imageworks, headquartered in Vancouver, B.C., is the animation facility for the production.