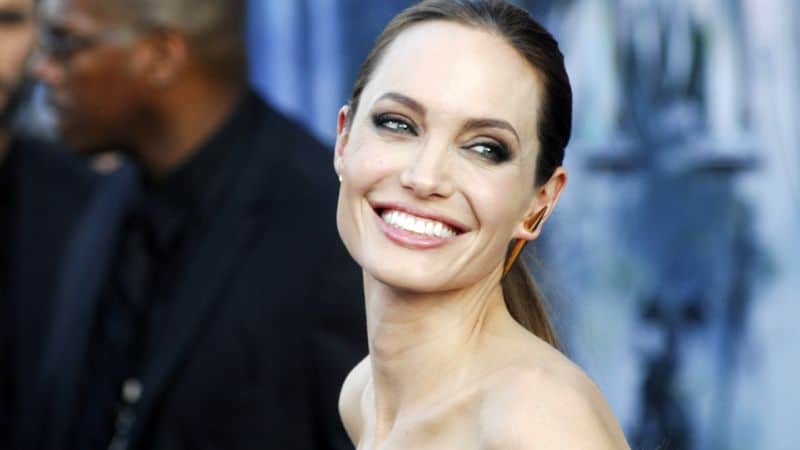 Angelina Jolie Pitt will direct an adaptation of First They Killed My Father: A Daughter of Cambodia Remembers, a harrowing and poignant memoir from Cambodian author and human rights activist Loung Ung about surviving the deadly Khmer Rouge regime.

Jolie Pitt will direct and produce the Netflix Original Film from a script she co-adapted with Ung. Acclaimed Cambodian director and producer Rithy Panh, director of the Oscar-nominated Best Foreign Language film The Missing Picture, will also be a producer.

The film will be made available to members of the world’s leading Internet TV network in late 2016 and will be submitted to major international festivals.

Loung Ung was five years old when the Khmer Rouge assumed power over Cambodia in 1975 and began a four-year reign of terror and genocide in which nearly two million Cambodians died.  Forced from her family’s home in Phnom Penh, Ung was trained as a child soldier in a work camp for orphans while her six siblings were sent to labor camps.  Ung survived and wrote First They Killed My Father: A Daughter of Cambodia Remembers, which was first published in 2000.  Jolie Pitt read the book and contacted Ung over a decade ago and they became close friends.  Together they adapted the book into a screenplay.

“I was deeply affected by Loung’s book,” commented Jolie Pitt.  “It deepened forever my understanding of how children experience war and are affected by the emotional memory of it. And it helped me draw closer still to the people of Cambodia, my son’s homeland.”  She added, “It is a dream come true to be able to adapt this book for the screen, and I’m honored to work alongside Loung and filmmaker Rithy Panh.”  Jolie Pitt’s Cambodian-born son, Maddox, will also be involved in the production of the film.

Netflix’s global reach was a major factor in Jolie Pitt’s desire to partner with the streaming service. “Films like this are hard to watch but important to see,” said Jolie Pitt. “They are also hard to get made. Netflix is making this possible, and I am looking forward to working with them and excited that the film will reach so many people.”  The film will be released in both Khmer and English.

“We are proud to be working with Angelina Jolie in bringing this emotionally powerful and ultimately uplifting story exclusively to Netflix members around the world,” said Netflix Chief Content Officer Ted Sarandos.  “Loung Ung’s incredible journey is a testament to the human spirit and its ability to transcend even the toughest circumstances.”

“Angelina and I met in 2001 in Cambodia, and immediately, I trusted Angelina’s heart,” commented author Loung Ung.  “Through the years, we have become close friends, and my admiration for Angelina as a woman, a mother, a filmmaker, and a humanitarian has only grown.
It is with great honor that I entrust my family’s story to Angelina to adapt into a film.”

Loung Ung is currently writing her first novel, and is a co-owner of Market Garden Brewery in Cleveland, Ohio.  Since 1995, Loung has made over 30 trips back  to Cambodia and has devoted herself to helping her native land heal from the traumas of war.  Loung’s other works include Lucky Child and Lulu in the Sky.  She was also a contributing writer on the groundbreaking film, Girl Rising.

First They Killed My Father will begin production later this year in Cambodia and will precede Jolie Pitt’s filming of Africa which focuses on paleo-anthropologist Dr. Richard Leakey’s decades-long fight to save Africa from the illegal wildlife trade. Africa was postponed to provide additional time to get the script finalized and all production elements lined up properly to provide for the ambitious scope of the film.  Jolie Pitt remains committed to making the film and continues her strong support of Dr. Leakey, the people of Kenya and ending wildlife crime and the illegal wildlife trade

Jolie Pitt is currently in post-production on By The Sea, an adult drama written and directed by Jolie Pitt, starring Jolie Pitt and Brad Pitt, that will be released by Universal this year.  Jolie Pitt recently directed Universal’s Unbroken, based on the life of Olympian and World War II POW survivor Louis Zamperini.  Jolie Pitt made her feature directorial debut with In the Land of Blood and Honey.

BANKSTAS, SEE YOU IN VALHALLA and THE SQUEEZE DVD Contest

Showtime Announces Fall Premiere Date For HOMELAND And THE AFFAIR