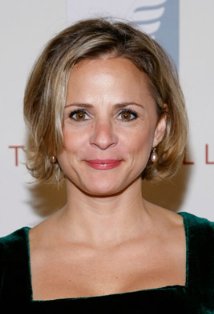 Production is now underway in New York City for season two of The Heart, She Holler, a live-action comedy series airing on Adult Swim this September. The show stars Patton Oswalt, Heather Lawless, Joe Sikora, and welcomes Amy Sedaris to the cast this season.

The Heart, She Holler, America’s most majestic nightmare, is back! In season two, the holiest holler in history becomes more than just a depraved town of sickening rednecks – it’s the cosmic battleground of mankind’s final war between Pure Evil and Pure Awful!

WATCH Boss Hoss Heartshe wrap his grand grip from the grave around the throats of the Heartshe siblings’ unsquashable lust for power! Manchild Hurlan is too dumb to fail, hussy Hurshe is too sleazy to slut her way to the top, and crazed Hambrosia may be too batspit bonkers to become a maniacal leader.

WITNESS raw uncooked emotion spew from your screen into your eyes and slide down your brain, landing in the broken toilet of our ruined society! FEEL the mysteriousness creep up behind you!  LAUGH as you cry at your delightful demise! SCREAM till you die of televisual pleasureburns! Every single weeknight for the rest of your short, wonderful life!

The Heart, She Holler, stars Patton Oswalt, Amy Sedaris and Heather Lawless and season two premieres on Adult Swim in September. The series is produced by PFFR and is written and directed by John Lee and Vernon Chatman.