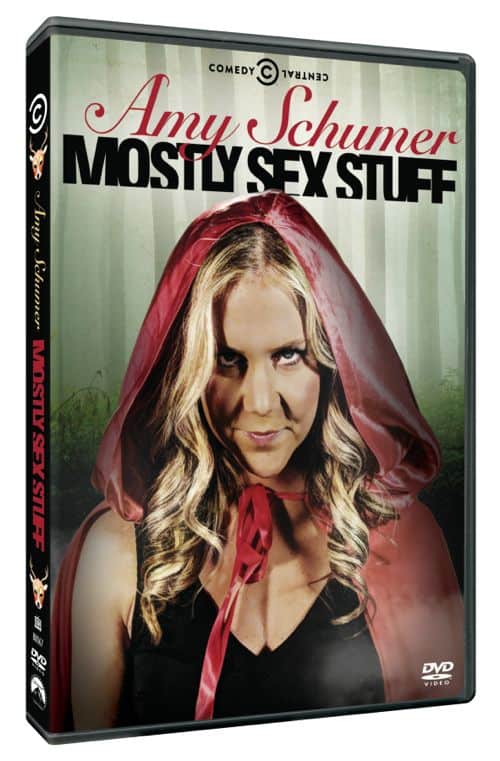 Seat42f and Paramount Home Entertainment have teamed up to give THREE lucky winners a copy of AMY SCHUMER Mostly Sex Stuff on DVD. For a chance to win leave a comment below telling us why you want to add AMY SCHUMER Mostly Sex Stuff to your DVD collection. Only one entry per person. Contest ends February 5th. Winners will be notified on February 6th via email so make sure to use a valid email address when you post your comment.

A ratings hit! Amy Schumer debuts her one-hour special in front of a live audience at the Historic Fillmore Theatre in San Francisco. Nothing is off limits as Schumer airs every hilarious, messed up detail of her dating and sex life, from encounters with unexpected body parts to hate-filled personal grooming appointments. In her matter-of-fact raunchy style, at odds with her self-described “Cabbage Patch Kid” appearance, Schumer tells stories of a boyfriend who makes dirty requests over dinner, the way she outsmarts her birth control, and a shocking ending to a seemingly innocent cab ride.