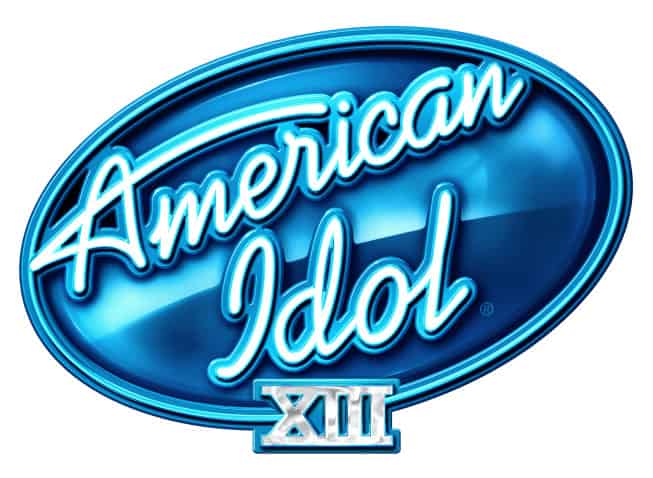 Rounding out the team is IDOL veteran Randy Jackson, who will lend his industry and IDOL expertise to the contestants as an in-house mentor. Once again, the team will be led by Emmy Award-nominated host Ryan Seacrest, who has guided the IDOL contestants and judges through each season’s incredible journey.

Kevin Reilly, Chairman of Entertainment, Fox Broadcasting Company said, “AMERICAN IDOL has always been about discovering the next singing superstar, and next season our judging panel will deliver a most impressive combination of talent, wisdom and personality to do just that: Jennifer Lopez, the triple-threat global superstar who loves IDOL and whom IDOL fans love; Harry Connick, Jr., a bona-fide musical genius and fantastic IDOL mentor whose honesty and expertise can help turn these hopefuls into stars; Keith Urban, a multi-Grammy-winning artist who was such a positive force on the show last season. We are also very excited to have our friend Randy Jackson now in a new role as mentor, and the captain of our team – the heart and soul of IDOL – Ryan Seacrest returning as host.”

“I have always been a huge fan of AMERICAN IDOL and really enjoyed my time as a mentor on the show,” said Harry Connick, Jr. “And I am honored that they’ve asked me to be a judge this season. As an entertainer, I am truly excited to bring my perspective to AMERICAN IDOL, and to help emerging performers find their way.”

“Surprise, surprise! I am so happy to be back as part of this amazing show that started it all,” said Randy Jackson.  “Season 1-3 is the place to be. The original talent show is back with a vengeance and ready to discover the best talent in America.”

“I think this season of IDOL is gonna be a blast,” said Keith Urban.  ”New team, new energy and a whole new field of artists to be discovered and given a chance!”

“I couldn’t be prouder to be a part of the AMERICAN IDOL XIII family. Our new producers, judging panel and mentor are all fired up for this season,” said Ryan Seacrest. “I’ve already witnessed some amazingly talented contestants from around the country during our early auditions, cementing my belief that a new superstar is well within our sights.”

IDOL’s impact on the entertainment industry resonates beyond the scope of television. The series has brought generations together with a common goal: to discover the next music superstar. Over the past 12 seasons, IDOL finalists have released more than 200 albums, scored 396 No.1 Billboard hits, garnered more than 250 million iTunes downloads and have been certified with 95 Gold and 83 Platinum records. IDOL contestants have conquered Broadway, television and film and have won numerous awards and accolades, including American Country Music Awards, Country Music Awards, Grammy Awards and an Academy Award.

About Jennifer Lopez:
Actress, entertainer, music artist, film and TV producer, fashion designer, entrepreneur and humanitarian Jennifer Lopez has been called one of the most powerful and celebrated celebrities in entertainment.

In 2012, Forbes Magazine named her the No. 1 Most Powerful Celebrity in the World.

Lopez has transformed the global music scene. She has sold more than 75 million records worldwide and starred in multiple box-office No. 1 films, including “Monster-In-Law” and “The Wedding Planner.” In 2001, “The Wedding Planner” was the nation’s top-grossing film, while her album, “J.Lo,” was No. 1 on the Billboard Top 200 Chart. The two simultaneous No. 1 honors made Lopez the first woman in history to have a No. 1 movie and No. 1 album in the same week.

In May 2011, Lopez released the album “LOVE?,” The first single, “On The Floor,” also featuring Pitbull, became a worldwide phenomenon. This song shot to No. 1 in 18 countries and became the most downloaded song of her career. The music video set an all-time record, making Lopez the first female artist on online video site Vevo to rack up 100 million views in the shortest amount of time. The music video has become the most watched music video by any female artist in the history of YouTube, logging more than 686 million views.

She made her feature film debut in the highly acclaimed “Mi Familia,” then earned widespread acclaim for her work in the title role of “Selena,” which brought her a Golden Globe Award nomination. Her film credits include Lasse Hallström’s “An Unfinished Life,” with Robert Redford and Morgan Freeman; Oliver Stone’s “U-Turn”; “Maid In Manhattan”; “Money Train”; Francis Ford Coppola’s “Jack,” with Robin Williams; “Blood and Wine,” opposite Jack Nicholson; Luis Mandoki’s “Angel Eyes”; “The Cell”; Steven Soderbergh’s “Out of Sight,” with George Clooney; Michael Apted’s “Enough”; and “Anaconda.” Playing the role of actress and producer, she starred in the feature films “El Cantante,” a drama about the life of salsa legend Hector Lavoe, and “Bordertown,” opposite Antonio Banderas. In 2011, she starred in the romantic comedy “The Back-up Plan.”

In 2012, Lopez was part of the ensemble cast of “What To Expect When You’re Expecting,” and she lent her voice to the character of “Shira,” a sabre-toothed tiger, in the animated film “Ice Age 4: Continental Drift.” In January 2013, she starred opposite Jason Statham in an adaptation of the crime/thriller literary series, “Parker,” directed by Taylor Hackford.

This past year, Lopez also partnered with NUVOtv, becoming the Chief Creative Officer for the network. Nuyorican, her TV and film production company, already has produced several specials and series for the network. She also is executive producer of the hit cable series “The Fosters.”

Lopez set the branding standard for celebrity fragrance, apparel and accessories. Last year, Lopez was named the celebrity with the most successful fragrance line in history.

Her commitment to making a difference and her passion for making this world better is highlighted through her work with children, via The Lopez Family Foundation, a not-for-profit she started with her sister, Lynda. The Lopez Family Foundation is dedicated to improving the health and well-being of women and children, and raising the level of medical care available to them. The foundation is currently working with Children’s Hospital Los Angeles on a telemedicine program that will help underserved communities around the world to be treated with state-of-the-art technology and by top doctors. The organization opened its first telemedicine center in Puerto Rico in 2010 and seven new centers in Panama in 2011.

About Harry Connick, Jr.:
Harry Connick, Jr. is a rarity in the realm of entertainment, exemplifying excellence in every aspect of his multi-faceted career. He has won three Grammy Awards, two Primetime Emmy Awards and is a multiple-Tony Award nominee.

A New Orleans native, Connick began his career as a performer at the age of five. At 19, he signed with Columbia Records. His stunning piano technique and vivid musical imagination was easily recognized on his debut, self-titled album. Soon after, he released his follow-up album, “20,” and then found multi-platinum success with the soundtrack to “When Harry Met Sally…”

Connick’s continued musical success has spanned over the course of 29 albums, with sales totaling 28 million worldwide units. His most recent album, “Every Man Should Know,” was released in June 2013.

In addition to his burgeoning music career, Connick also began acting professionally. Among his feature film credits are “Little Man Tate,” “Copycat,” “Hope Floats,” “Memphis Belle,” “Independence Day,” “Life without Dick,” “Mickey,” “Basic,” “P.S. I Love You,” “New in Town” and “Dolphin Tale.” His voiceover skills also were featured in “My Dog Skip” and “The Iron Giant.” Next fall, he will be seen in “Dolphin Tale 2,” the sequel to 2011’s No. 1 hit family film.

On television, Connick is perhaps best known for his recurring role on “Will & Grace.” He also appeared in an arc of “Law & Order: Special Victims Unit,” and has graced audiences with his musical talents in several primetime specials, including “Harry for the Holidays,”  the Emmy Award-winning PBS specials “Only You in Concert” and “Harry Connick, Jr. in Concert on Broadway” and the animated tale “The Happy Elf.”

His Broadway career boasts equal recognition, having received Tony Award nominations as both composer/lyricist for the musical “Thou Shalt Not” and as the lead in the Tony Award-winning revival of “The Pajama Game.” He also has adapted “The Happy Elf” for children’s theater, starred in the Broadway revival of “On a Clear Day You Can See Forever” and – on the 20th anniversary of his first Broadway concerts at the Lunt-Fontaine Theatre – brought his live show for an extended residency at the Neil Simon Theatre.

Not surprisingly, Connick has used his influence as an entertainer to further his charitable work. Following the devastation of Hurricane Katrina, he created, along with fellow musician and “New Orleanian” Branford Marsalis, the Musicians’ Village in the Upper Ninth Ward. The village provides homes for musicians and other displaced citizens, a community center with a performance hall, recording studio and after-school facility for kids. His contributions to the post-Katrina effort have been acknowledged by a Redbook Strength and Spirit Award, an honorary degree from Tulane University and the 2012 Jefferson Award for Public Service.