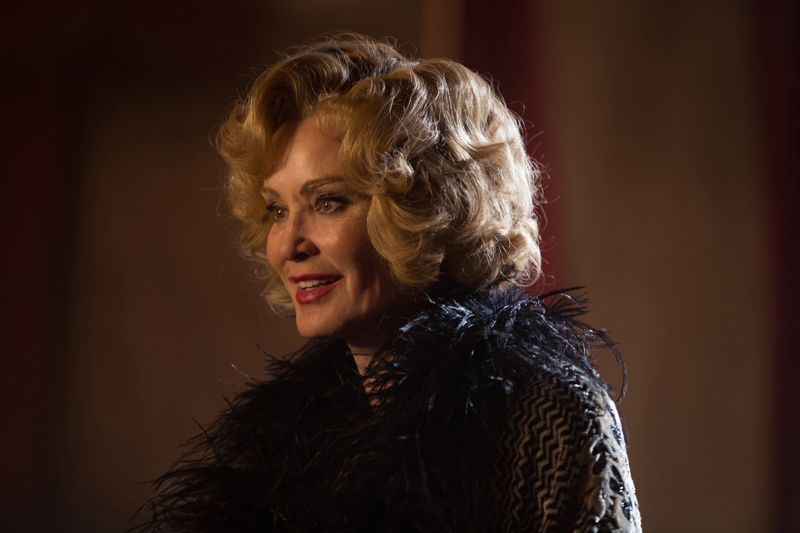 There have been a few times during this season of American Horror Story Freak Show where I wasn’t sure exactly what was happening. I had very high hopes before this season started because I’m one of those strange people who not only enjoys being scared, but particularly enjoys being scared by clowns. Seriously, my favorite mazes in scare parks around Halloween are the ones with clowns. And guys with chainsaws. I just love running through those places screaming my head off.

As this season began, I was ecstatic to see such a gloriously frightening clown as Twisty appear. But then his story took a turn and suddenly I wasn’t scared of Twisty, I was sad for him and right after that, he was gone. After that, I thought Dandy would be our villain but the truth was that this season was so full of bad guys that it was impossible to figure out which was the worst.

Around the middle of the season, I’ll admit to feeling a bit confused by the whole story. I didn’t know which characters to root for or which to wish would die a terrible death. It seemed as if nearly everyone had something evil they were hiding and none were completely innocent of wrong-doing.

So as I sat down to watch this finale, I had no idea where the story would take us but I decide to enjoy the ride – and what a ride it was. I didn’t expect the freaks to rebel against Dandy so quickly and I was shocked when he started killing them all like they were nothing. The episode had barely begun and already the body count was high. Where could it possibly go next?

Then the freaks got their revenge and Dandy was given his biggest wish: To become the main attraction in the show. It may not have gone down exactly how he planned, but hey, there were people smiling and enjoying popcorn so I think that totally counts.

Once the freaks had their revenge, the story returned to Elsa and after a bit of a stumble, she found herself the star she always wanted to be. It wouldn’t be AHS if there wasn’t a twist though and sure enough, it turned out that Elsa’s glamorous life was in fact a great, big sham. She was still lonely and miserable and when her secrets came out, she sought out the only refuge she could think of – death.

When Mordrake came for her, he did put her out of her misery but didn’t take her with him. Suddenly Elsa found herself among her family of freaks once again and in that bizarre way that only American Horror Story can deliver, they all “lived” happily ever after.

So while I may not have enjoyed the entire ride, I definitely had a blast at the beginning and the end left me satisfied, and really, who can ask for more than that?

Just how quickly the freaks turned on Dandy. That was all kinds of awesome.

Elsa: “And you let me sit here, all day, like a fool? What kind of place is this?”
Secretary: “Hollywood.”

Wondering if it was wrong that I kind of found Dandy hot after he put on his makeup.

Yep. Should’ve known that it was a bad sign that Dandy was so calm and chipper. Very bad sign.

Okay, seriously, how many bullets can that little gun possibly hold?

Somebody please tell me that Bette is faking how happy she is just to keep Dandy from killing them both.

Yes! I love how smart those girls are.

Jimmy: “The freaks shall inherit the Earth.”

Okay, hands up, who else was totally expecting Dandy to come back to life?

Thinking Elsa totally had a point with the whole “headstrong animal” argument.

Poor Elsa finding out that her family was dead.

Seeing Desiree with her new family. That was great.

Jimmy ended up with Dot and Bette, and a baby. So sweet!

Practically bursting into tears when I saw Ma Petite and all of the rest of Elsa’s family.

Ethel informing Elsa that the only thing she was really good for was performing.

What did you think of the season finale of American Horror Story: Freak Show? Did it end the way you thought it would?