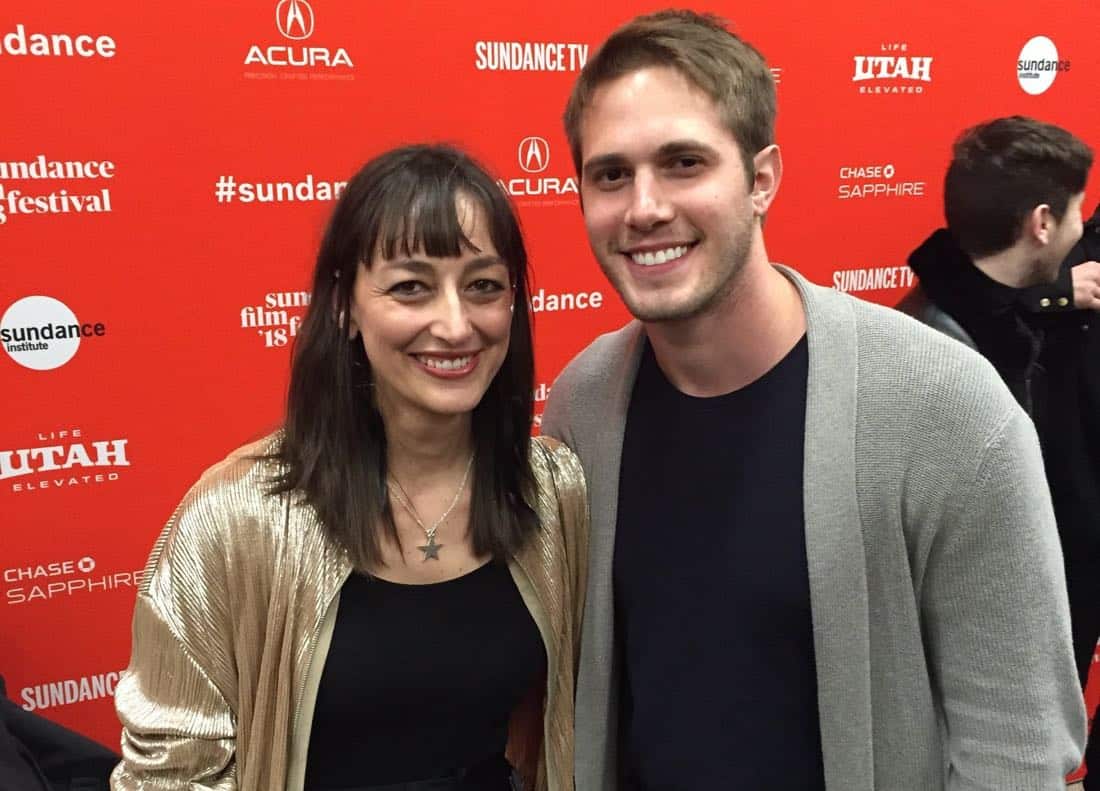 With a long and select career composing for both film and television, Anne Nikitin has been composing for a wide range of visual art projects. Whether it has been for nature documentaries like “Deadly Islands” or political documentaries like “No Man Left Behind” or even her latest project “American Animals,” a drama based on a rare heist, Anne composes with a musical brevity that heightens and enriches the dramatic visuals. In an exclusive interview, Anne shares the fascinating journey of her career and reveals the key moments that brought her hard work to fruition and rewarded her her tenacity.

What do you recall being the spark that pushed you into becoming a composer for the visual arts, like film?
ANNE: I’ve been writing music in some capacity since childhood. As a teen I thought I wanted to be in a rock band, but I also enjoyed writing orchestral music. The “spark” came when I went to see Jane Campion’s film “The Piano.” For the first time, I recognized how powerful the marriage between music and film could be. It was my Eureka moment!

What led to you getting your first opportunity to compose for a film?
ANNE: I found it really tough to get started. After my studies, I naively thought I would land my first paid commission, but it took years! My opportunity came when the BBC ran a “New Talent, New TV Composers competition,” which I entered and won. The prize was a commission to score an episode of the BBC’s flagship nature series “Natural World,” and it all snowballed from there.

Looking back at your very first composing opportunity, what stood out for you from that experience?
ANNE: The whole experience was a buzz! Firstly it was such a prestigious series to be working on, I kept having to pinch myself. Secondly, the episode I worked on (“White Falcon, White Wolf”) had breath-taking scenes of nature where music was allowed to breathe and be the main voice, so it was a composer’s dream job. Fergus Beeley, the director, took a big chance on allowing a novice like me to score his film. I didn’t even know what “picture lock” was but he was incredibly supportive and guided me through the process. After that I felt much more confident, and better equipped to move onto my next jobs.

When you compose for a film, what instruments do you like to use or rely upon to create specific sounds?
ANNE: The instrumentation I choose always depends on the brief. My standard go-to ensemble tends to be made up of a string quintet, piano with lots and lots of reverb, tuned percussion (mainly metals), a bass drum, electric guitars with pedals, and synths. For solo instruments, I love the cello. It’s such a versatile instrument. It can be heartbreakingly beautiful as well as a vehicle for creating weird and wonderful effects. I also love creating effects with electric guitars.

Were there any specific challenges that you encountered when you first began professionally composing for film?
ANNE: Confidence! As a novice, it’s terrifying going into your first meetings and having to play your music to a room full of strangers who will have to judge whether it works for their film. Thankfully, confidence grows as you gain experience. It’s never easy playing your music to a director for the first time and awaiting the verdict, but you learn to deal with potential knocks and feedback in a much more level-headed way. You learn how to converse with them so that you can eventually give them what they’re after.

What drew you to working on the film “American Animals”?
ANNE: I’d worked with the director Bart Layton on his debut film “The Imposter.” I thought it was a fantastic piece of filmmaking and quickly realized Bart is an exceptionally talented director as well as a lovely person to work with. When Bart sent me his script for “American Animals,” I couldn’t put it down and I couldn’t wait to score it.

Did you know that Ann Dowd was going to star in the film before you signed on? Was that a factor?
ANNE: I happened to be watching THE HANDMAID’S TALE when I first saw the rushes from the “American Animals” shoot. I was glued to THE HANDMAID’S TALE and was excited to see that Ann Dowd was going to be in our film as well. In fact, I was excited by all of the actors in our film. I thought they were absolutely fantastic.

What was your favorite part about composing for “American Animals”?
ANNE: The versatility of the score made it really fun. I got to write a range of styles from hardcore synth beats to quirky Vegas-style jazz to emotional strings and guitar. My favorite part of the process was the recording session. I recorded at Abbey Road Studios with the hugely talented London Contemporary Orchestra led by Robert Ames and Hugh Brunt, with my very talented friend Joe Rubel engineering the session. It was a dream team and a fantastic day.

Do you have any type of favorite scenes that you can share that are cool or were fun to compose for in “American Animals”?
ANNE: I really loved composing the Flamingo/art track, which becomes a recurring theme about yearning for more. I enjoyed writing the heist sequences which were all very long and evolving pieces of music.

What instruments did you use to evoke feelings in the intense emotional scenes as portrayed in “American Animals”?
ANNE: The emotional scenes were mainly written for string quintet with acoustic guitar and a dash of piano.

What would you like readers to know about that particular project that may not be obvious just watching “American Animals”?
ANNE: “American Animals” is a film with many complex layers, with a wide range of moods and nods to different film genres. The score needed to be diverse without sounding disparate or “bitty.” We spent a long time wrestling with the music, experimenting with themes and instrumentation that would work across the film to create a homogenous feeling within the diversity.

How does it feel to complete a project that viewers really respond to?
ANNE: It feels fantastic. A lot of hard work and long days went into the making of this film, especially for Bart, but for all of the crew involved.

At this stage of your career, what do you think you have learned from the amazing variety of projects you have worked on?
ANNE: I’ve learned that I enjoy being versatile. I don’t want to be put into one box, writing the same type of music over and over. I am naturally drawn to dark, moody thrillers that require edgy and emotional scores. I simply love writing music and need variety to keep me on my toes!

Are there any cool perks of where you are in your career right now?
ANNE: There are a lot of fun music parties I get to go to! I’m constantly meeting other composers at these events and they have become some of my best friends and allies.

Do any of your projects ever leave a lasting impression on you? Like what?
ANNE: It’s usually the films with incredible human stories. “The Imposter” was one of them. I also work with an exceptionally talented documentary maker, Henry Singer, who makes hard hitting films that stay with me. Nature programs I’ve scored also make a lasting impression on me.

As a female composer, what challenges do you face that perhaps your male counterparts may not face?
ANNE: There is a lack of female composers scoring big budget films and there are few role models for women to look to, which is fairly disheartening. When I was last in Los Angeles, I was disappointed at how few, if any, women were on the top five composer agency rosters. 2017 was an exciting year for women in Hollywood, so I hope things start to progress and that female media composers (as well as women in all key creative roles) are taken more seriously at the big budget levels.

What do you consider to be one of your proudest accomplishments as a composer?
ANNE: I feel incredibly lucky that I get to wake up and write music for a living. My proudest accomplishment is sustaining a living as a composer while raising a family. I have two small children so the balance can sometimes be tricky, but my daughters love what I do and enjoy messing around in my studio, playing with instruments and recording themselves. I want to show them, through my work, that their own dreams are possible.

Do you have any other upcoming projects that you can share that fans should keep an eye out for?
ANNE: I’m working on a couple of Netflix “true crime” series and I have a film in the pipeline, but that’s all I can say for now!

To hear Anne’s cool work on “American Animals,” look for the film to be released this Summer in theaters near you. In the meantime, to find out more of Anne’s work and future projects, be sure to follow her on Twitter @annenikitin