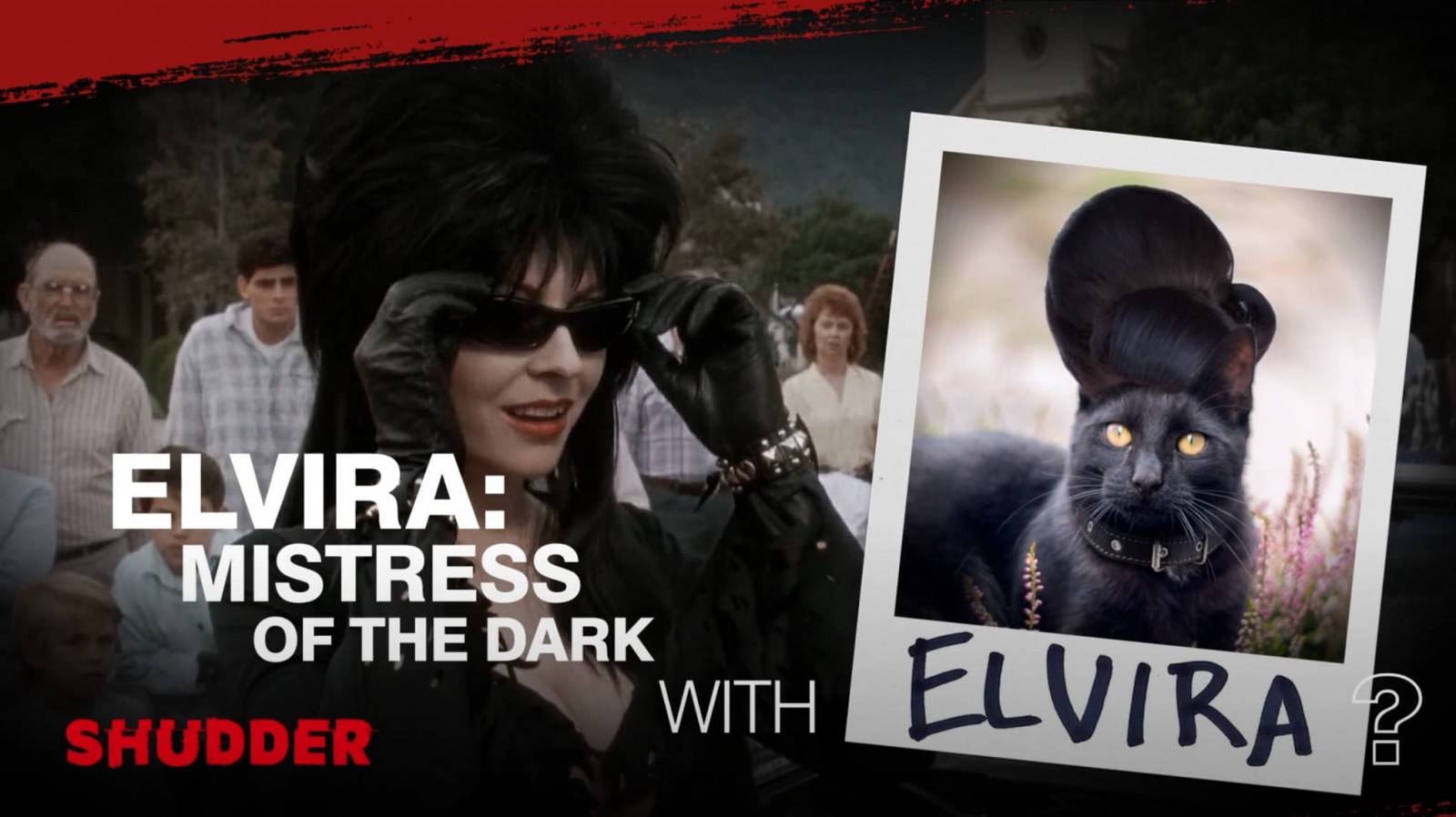 The custom spots, featuring a few four-legged horror fans, encourage viewers to find their perfect watch buddies through adoptions and especially raise awareness for black cat and black dog adoptions this spooky season. Halloween may be the season for magical black cats, but in reality, they are most often left behind in shelters because of the color of their fur. Many animal welfare organizations call this “black cat syndrome,” with the phenomenon happening with black dogs as well. Through the collaboration, audiences are encouraged and inspired to help fight “black cat syndrome” by adopting these furry friends or by donating to Adopt-a-Pet.com. See the custom spot below:

“We all know that spooky season is best enjoyed with a buddy by your side, which is why we’re thrilled to join forces with Adopt-a-Pet.com to help viewers find their perfect four-legged watch companions,” said Linda Schupack, President of Marketing, AMC Networks Entertainment Group. “The movies on AMC’s FearFest and Shudder are already scary enough. How great to cuddle up with a lovely black cat or black dog for Halloween and beyond.”

“Teaming up with AMC Networks is an exciting and unique way to spread the word about pet adoption,” said Dana Puglisi, Chief Marketing Officer of Adopt-a-Pet.com. “We appreciate AMC and Shudder’s efforts to help get more pets into loving homes. And we love all the extra snuggles those newly adopted pets will receive while their people binge through the FearFest thrills!”

Now in its 24th consecutive year, AMC’s annual horror marathon FearFest brings the frights with an entire month of genre programming from iconic franchises like Halloween and Insidious, and the return of award-winning docuseries Eli Roth’s History of Horror. Shudder, dubbed “the ultimate in streaming horror” by Newsweek, offers the best selection of original and classic horror, thriller and supernatural films and series, uncut and commercial free. Both are also now available as part of the new AMC+, a premium streaming bundle featuring only the good stuff, which also includes IFC Midnight’s best genre cinema from independent, foreign and documentary films. In addition to the largest slate of classic horror movies such as Friday the 13th and Halloween, AMC+ also includes all series within The Walking Dead Universe, as well as AMC’s Eli Roth’s History of Horror, and new Shudder programming, such as Joe Bob’s Halloween Hideaway Special and A Creepshow Animated Special, and much more.

Find the Best in Horror at Shudder.

Known for its groundbreaking and celebrated original content, AMC Networks is the company behind the award-winning brands AMC, BBC AMERICA, IFC, SundanceTV, WE tv, and IFC Films. Its diverse line-up of popular and critically-acclaimed series and independent films include Killing Eve, Better Call Saul and The Walking Dead, which has been the #1 show on ad-supported cable television for ten consecutive years, as well as Portlandia, Brockmire, Love After Lockup, and the films Boyhood, Death of Stalin, and many more. Its original series Mad Men and Breaking Bad are widely recognized as being among the most influential and acclaimed shows in the history of TV. The Company also operates AMC Studios, its production business; AMC Networks International, its international programming business; the subscription streaming services Acorn TV, Shudder, Sundance Now, and UMC; and Levity Entertainment Group, the Company’s production services and comedy venues business. For more information, visit http://www.amcnetworks.com.