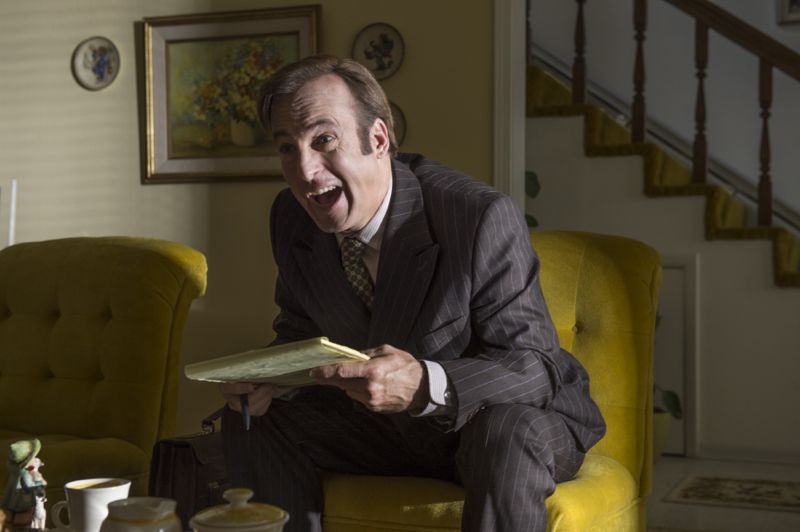 “What Vince, Peter, Bob and the entire team have accomplished with ‘Better Call Saul’ is truly rare and remarkable. They have taken one of the most iconic, immersive and fan-obsessive (in the best possible way) shows in television history and created a prequel that stands on its own,” said Charlie Collier, president of AMC, SundanceTV and AMC Studios. “Watching Jimmy McGill’s thoughtful, melodic and morally flexible transformation into Saul Goodman is entertaining and delighting millions of fans, whether their starting point was ‘Breaking Bad’ or not. This series has its own feel, pace and sensibility and we can’t wait to see what this incredibly talented group comes up with next in season three.”

“It’s been an extraordinary show that lives up to its predecessor,” said Jamie Erlicht and Zack Van Amburg, presidents of programming and production for Sony Pictures Television. “Vince, Peter, Bob and the team are delivering brilliant storytelling and we’re proud to have AMC as our partner for another well-earned season.”

“Better Call Saul” is set six years before Saul Goodman meets Walter White. When we meet him, the man who will become Saul Goodman is known as Jimmy McGill, a small-time lawyer searching for his destiny and hustling to make ends meet. Working alongside and often against Jimmy is “fixer” Mike Erhmantraut, a beloved character first introduced in “Breaking Bad.” The series will track Jimmy’s transformation into a man who puts the criminal in “criminal lawyer.”