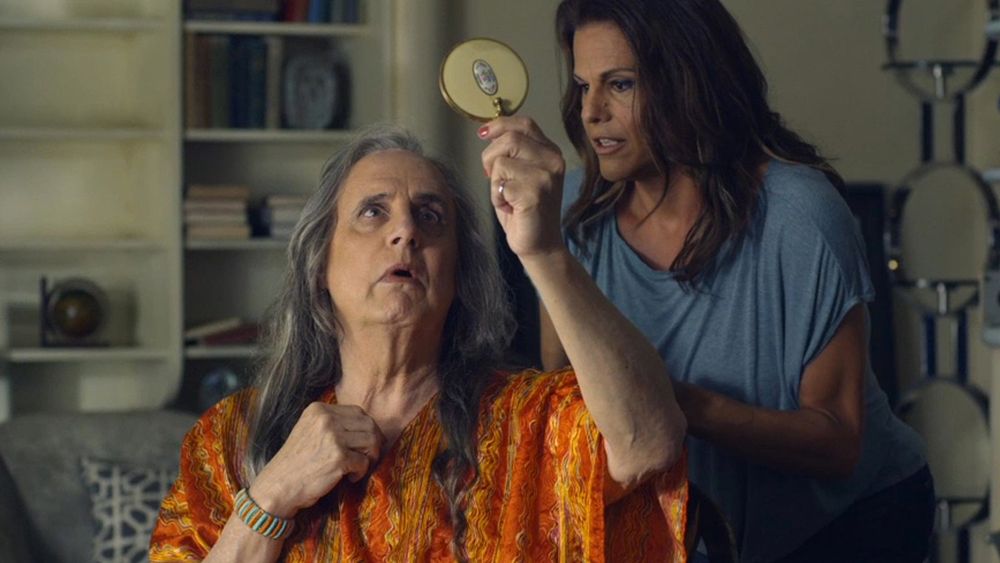 “As the quality of television rises to new heights, Transparent continues to stand out for its depth of character, compassionate storytelling and its infinite creative risk-taking,” said Joe Lewis, Head of Half Hour TV at Amazon Studios. “We’re grateful that customers have responded so enthusiastically to the Pfefferman family and we’re excited to bring them another chapter of their story.”

“Amazon’s explosive freedom and revolutionary thinking has given birth to this show,” said Soloway. “It’s so much more than TV to us, it’s our version of the most ambitious streaming art we can conjure. We’re having the time of our lives sharing season two for the awards season hoopla, and editing and finishing up season three for a fall release. This news of an order for season four is so so sweet. The Pfeffermans have many more stories to tell and we can’t wait to keep making them.”

Written, directed and executive produced by multi-award winner Soloway, Transparent is a half hour novelistic series that explores family, identity, sex, and love. The series stars Tambor as Maura. When she reintroduces herself to her family, everyone else’s secrets finally start to come out. This includes her ex-wife Shelly (played by Light), and their children—meandering Ali (played by Hoffmann), music producer Josh (played by Duplass), and sexually conflicted Sarah (played by Landecker). Each family member spins in a different direction as they figure out who they won’t become. The highly anticipated third season of Transparent is scheduled to premiere this fall on Prime Video in the US, UK, Austria, Germany and Japan.

·         Prime Video: Thousands of movies and TV episodes, including popular licensed content plus critically-acclaimed and award-winning Amazon Original Series and Movies from Amazon Studios like Transparent, The Man in the High Castle, kids series Tumble Leaf, and Chi Raq, available for unlimited streaming as part of an Amazon Prime membership
·         Add-on Subscriptions: Dozens of subscriptions to networks like SHOWTIME, STARZ and more, available to Amazon Prime members as add-ons to their membership
·         Rent or Own: Hundreds of thousands of titles, including new-release movies and current TV shows available for on-demand rental or purchase for all Amazon customers
·         Instant Access: Instantly watch anytime, anywhere through the Amazon Video app on TVs, mobile devices, Amazon Fire TV, Fire TV Stick, and Fire tablets, or online. For a list of all compatible devices visit www.amazon.com/howtostream
·         Premium Features: Top features like 4K Ultra HD, High Dynamic Range (HDR) and mobile downloads for offline viewing