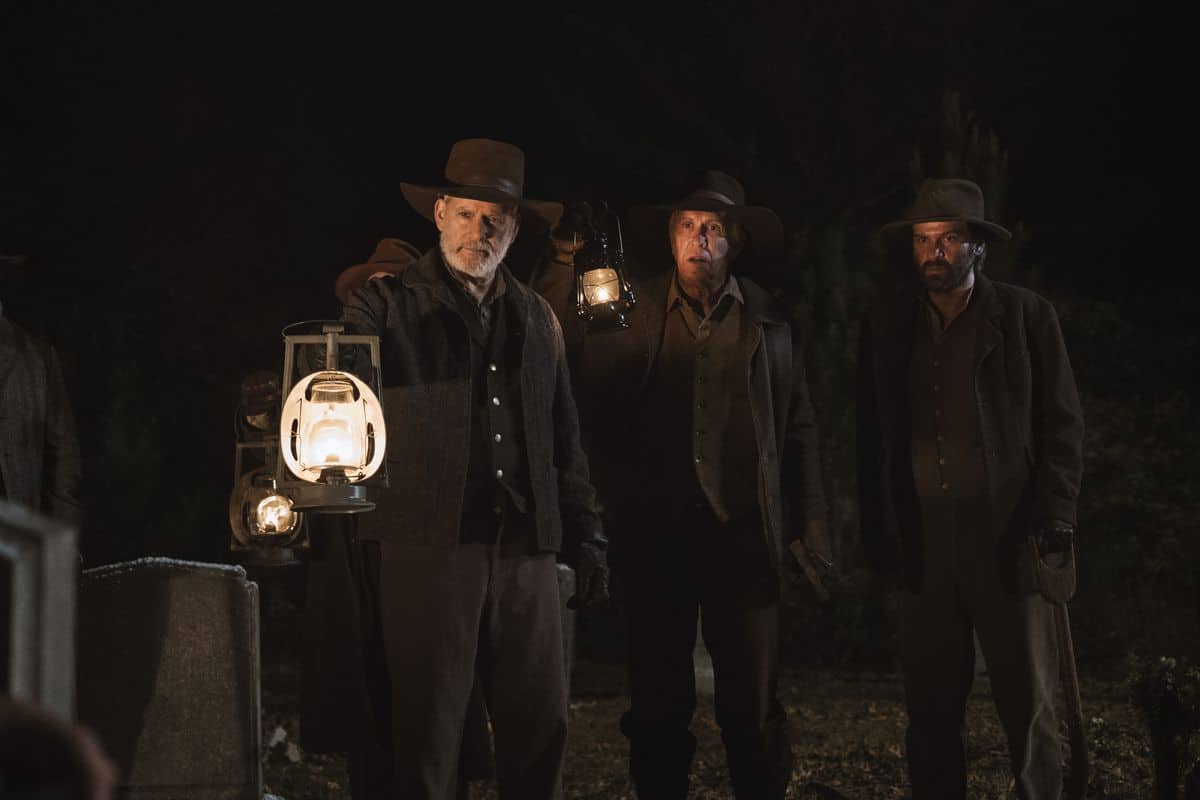 Amazon announced today it has greenlit a second season of the critically-acclaimed Prime Original series Lore. Season one of the supernatural series, adapted from Aaron Mahnke’s award-winning podcast of the same name, is now available exclusively on Prime Video in more than 200 countries and territories. Sean Crouch (The Exorcist, Numb3rs) is taking over showrunner duties for season two.

From Executive Producers Ben Silverman (The Office), Howard T. Owens (Killing Kennedy), Gale Anne Hurd (The Walking Dead), Brett-Patrick Jenkins (Face Off), Jon Halperin and Mark Mannucci (A Year in Space), Lore explores the real-life frightening and disturbing tales that give rise to modern-day myths and legends. Season two will feature new tales from the podcast, as well as original stories not yet available in podcast form, and will star new cast members. The hybrid series will continue to feature narration, archive footage and animation to complement the filmed segments.

“Customers loved the first season of Lore for its unique blend of narrative and documentary storytelling, and we’re excited to give them another season of this suspenseful hybrid series,” said Heather Schuster, Head of Unscripted, Amazon Originals. “Sean brings great experience in the supernatural genre, and we’re excited for him to help us tell even more frightening and visually captivating stories.”

“As a fan of documentaries and horror, Lore resonates with me on so many levels,” said Hurd. “Season two is shaping up to be scarier and even more compelling and unnerving than our first one!”

“With Sean Crouch at the helm, Lore is set to be scarier than ever. In season two, we will explore global, real-life horror stories that make this series unlike anything else on television. We are thrilled to be back on Prime Video,” said Silverman and Owens.

“From monsters to the macabre, season two is not only the stuff of nightmares…it’s real,” said Jenkins.

Launched in March 2015 by Aaron Mahnke, the Lore podcast has generated a massive audience, was named “Best of” in 2015 and 2016 by Apple and was listed as one of the “15 podcasts you need to hear in 2016” by Entertainment Weekly. The first book in Mahnke’s three-book The World of Lore series, Monstrous Creatures, was published in October 2017 by Del Rey Books, with two more volumes to follow in 2018.

Lore is produced by Propagate Content and Valhalla Entertainment. Mahnke is Co-Executive Producer.

Prime members can stream season one of Lore exclusively via the Prime Video app for TVs, connected devices including Fire TV, mobile devices and online at www.amazon.com/lore. Members can also download the series to mobile devices for offline viewing at no additional cost to their membership. The series will be a global release and available on PrimeVideo.com for Prime Video members in more than 200 countries and territories.

Gale Anne Hurd’s Valhalla Entertainment has an overall deal with Universal Cable Productions to develop new television and digital programs. Their current slate includes the 8th season of AMC’s The Walking Dead, which reigns as the most watched drama series in the coveted 18-49 demographic and was renewed for a 9th season, as well as its companion series, Fear the Walking Dead, which is currently filming its fourth season. In addition, Hurd serves as a Consulting Producer on Talking Dead, which is the second highest rated basic cable show on Sunday nights, behind only The Walking Dead. Her USA Network drama series, Falling Water, is currently airing its second season and is distributed internationally by Amazon. Valhalla’s newest series, LORE, based on the podcast phenomenon of the same name, is streaming on Amazon. With initial support from Vision Maker Media, Hurd crowdfunded her third Native American documentary, MANKILLER, which chronicles the extraordinary life of the first woman Principal Chief of the Cherokee Nation. MANKILLER, which is screening in Film Festivals across the country, will air on PBS in March 2018. Valhalla Entertainment has become one of the industry’s top content providers.

The Lore podcast, created by writer and producer Aaron Mahnke, premiered in March of 2015, and has grown to become one of the most successful independent podcasts in the world. With over 111-million downloads and numerous awards from Apple and the podcasting community, Lore has won over an enormous audience. Lore has been featured by Entertainment Weekly, Nerdist, Deadline, SyFy, Variety, Paste, and Collider. Besides the television adaptation, Lore also made the coveted transition to print when Mahnke signed a 3-book deal with Penguin Random House, and crowds lined up nationwide to experience the live Lore performance.