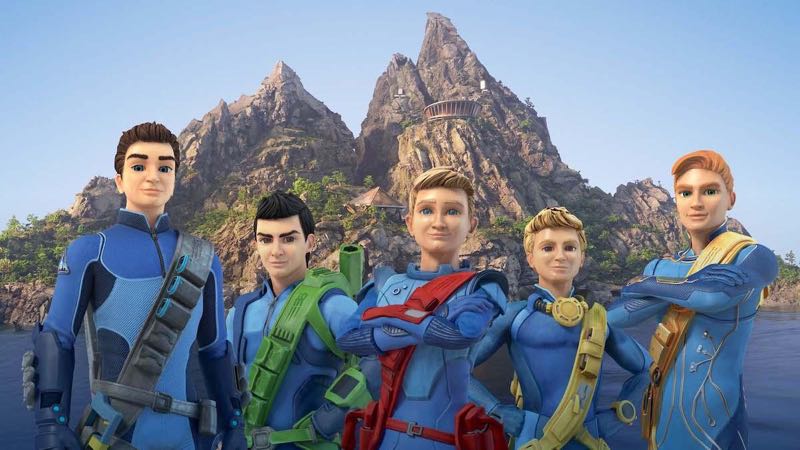 Thunderbirds Are Go catapults the five brave Tracy brothers back onto television screens, where they’ll pilot their vehicles from the depths of the oceans to the highest reaches of space, performing impossible rescues across the globe. Produced by ITV Studios and Pukeko Pictures in collaboration with world-famous Weta Workshop, the series is made using a unique mixture of CGI animation and live-action model sets. Thunderbirds Are Go will deliver a new level of action-adventure animation for today’s audience while paying tribute to the legacy of model locations from the original series.

“We’re thrilled to be collaborating with ITV Studios Global Entertainment on a world-renowned property that kids and families today will embrace,” said Tara Sorensen, Head of Kids Programming at Amazon Studios. “Our customers will enjoy the same action and adventure found on the classic series infused with a contemporary aesthetic and visually stunning world.”

“We are delighted to be working with Amazon to launch Thunderbirds Are Go in the US; their position as an innovative content provider and their passion for the show makes them the perfect partner,” added Dan Gopal, EVP EMEA Distribution and Global Digital Partners for ITV Studios Global Entertainment. “Our strategy is to give audiences the flexibility to watch our content any time, any place, and the launch of Thunderbirds Are Go on Amazon Prime Video means children and families across the US, as well as in the UK, Germany and Austria, will be able to watch the entire series whenever and wherever they want.”

Thunderbirds Are Go will be available for Prime members to stream and enjoy using the Amazon Video app for TVs, connected devices including Amazon Fire TV, and mobile devices, or online at Amazon.com/originals, at no additional cost to their membership. Customers who are not already a Prime member can sign up for a free trial at www.amazon.com/prime. For a list of all Amazon Video compatible devices, visit www.amazon.com/howtostream. Thunderbirds Are Go will also be available as part of Amazon FreeTime Unlimited, the all-you-can-eat subscription service designed from the ground up for kids. FreeTime Unlimited is available exclusively on Amazon devices including Amazon Fire TV and Fire tablets, and a year-long subscription is included with every Fire Kids Edition.