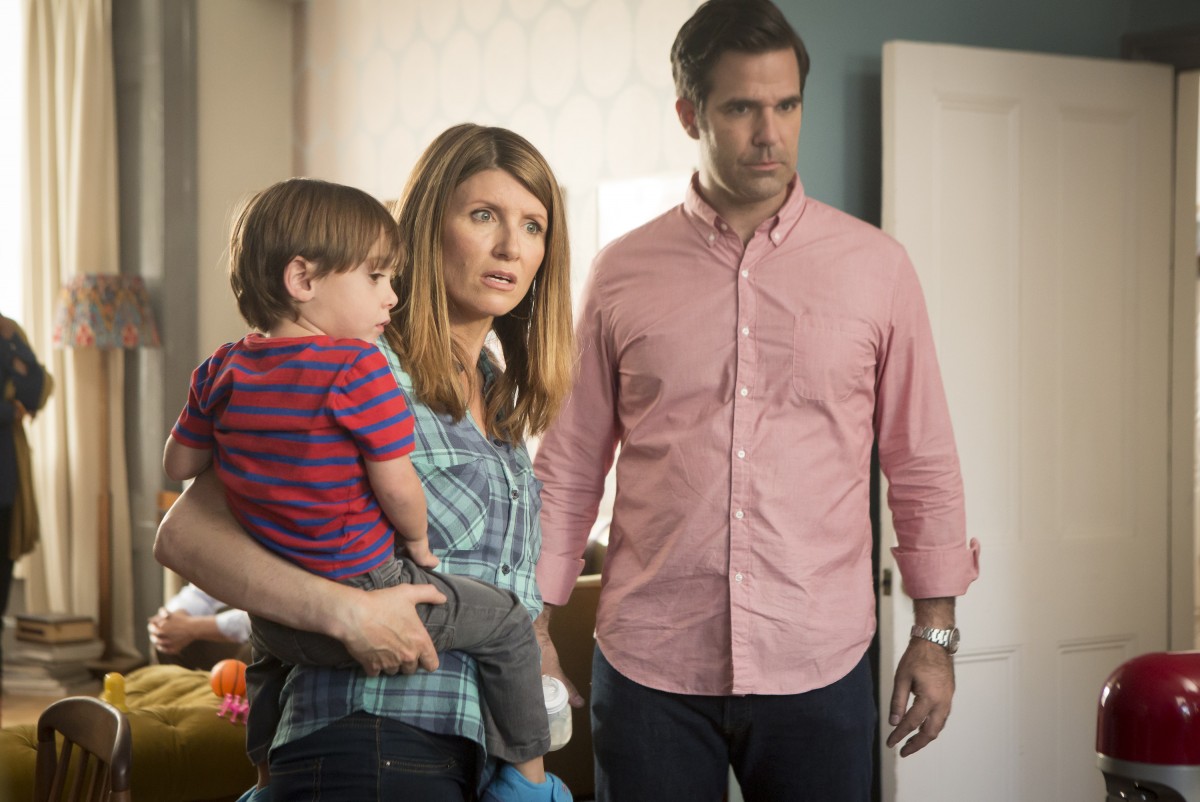 Amazon today announced it has greenlit two additional seasons of the critically-acclaimed series, Catastrophe. Written by and starring Rob Delaney (Mother. Wife. Sister. Human. Warrior. Falcon. Yardstick. Turban. Cabbage.) and Sharon Horgan (Pulling), Catastrophe, produced by Avalon Television, with co-producers Birdbath Productions and Merman, is a comedy following an Irish woman and an American man who, after making a bloody mess as they struggled to fall in love in London, have embarked on a series of best-attempts to clear it up and generally do the right thing. The highly anticipated third season of Catastrophe is scheduled to premiere exclusively on Amazon Prime Video in the US in 2017, and the fourth season is expected to premiere in 2018.

“Few series have proven themselves as personal and compelling while deftly balancing comedy and drama,” said Joe Lewis, Head of Half Hour TV for Amazon Studios. “Like an ever-growing family, two more seasons of Catastrophe will give our customers more love, laughter, and occasional insults yelled very loudly.”

Rob Delaney and Sharon Horgan commented on the announcement. “It used to be when you heard the word ‘catastrophe’ you thought of something terrible or destructive. Most people still do, but now some people might also think of our show. So that has to be a positive. We’re very excited to have the opportunity to wreak more terrible destruction on the lives of Sharon and Rob.”

Jon Thoday, joint Managing Director of Avalon Television and show Executive Producer, added: “We are delighted to be part of the Amazonfamily and sit alongside their other excellent and groundbreaking original shows.”

The entire first and second seasons of Catastrophe are now available on Prime Video. In the second season of the show, the stakes are higher as we rejoin the now married Sharon and Rob who are struggling to stay in love–and lust–while taking their trademark mayhem into parenthood. A monstrous family (Carrie Fisher, Star Wars) and crazy friends (Ashley Jensen, Ugly Betty), also seem hell-bent on ensuring that whatever new life-journey Rob and Sharon embark on will be anything but simple. With times having changed for our turbulent lovers, and with their new arrival back home; at the start of the season we rejoin the chaos as they decide on an ill-considered party to get the introductions complete in one hit. Unfortunately for Sharon, the gathering coincides with a visit from Rob’s eBay obsessed (and “card-carrying sadist”) mom, a disturbing revelation about her father’s health and an unfortunate incident with the family dog.