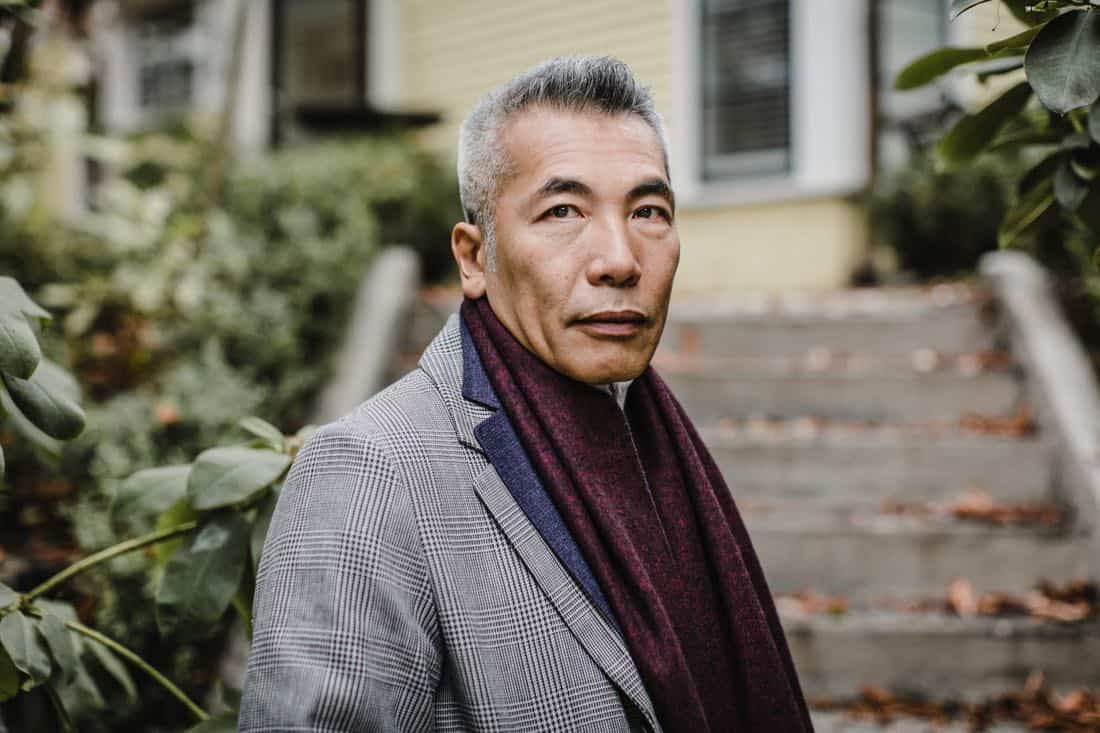 Blessed with a long and rich career in both film and television, Hiro Kanagawa has notably appeared in a fantastic array of science fiction shows from MILLENNIUM, SMALLVILLE , REAPER, CAPRICA, ARROW, IZOMBIE, THE 100, ALMOST HUMAN and most recently in Netflix’s ALTERED CARBON. Willing to portray diverse characters with complex motives, Hiro has created an array of performances that are memorable and laud-worthy. It has been exciting to see where his character has taken him. In an exclusive interview, Hiro talks about his latest murky character in Netflix’s ALTERED CARBON and shares a few key insights that he has gleaned as a working actor.

What was the initial appeal for you about portraying Captain Tanaka and working on Netflix’s ALTERED CARBON?
HIRO: The initial audition breakdown said Tanaka spoke with an Irish accent! Aside from that, I could see from the audition scene that the writing was going to have both grit and complexity. When I read the original source book, I immediately knew this had the potential to carve new ground. And then when I started hearing about the cast and other personnel who were being assembled, it quickly became very exciting to be involved.

How would you describe who Captain Tanaka is in the series?
HIRO: Good cop, bleeds blue, but terribly compromised and corrupted by the world he lives in.

What do you most admire about him?
HIRO: He is ultimately fiercely loyal to his officers, especially Martha Higareda’s Ortega.

What was it like working alongside the talented ensemble on ALTERED CARBON?
HIRO: Such a joy. Everybody was generous and genuine and all about doing good work. I’m a parent, so I had wonderful conversations about parenting with James Purefoy and Kristin Lehman. I’m also a bit of a history buff, and Joel Kinnaman showed me some cool photos of the Vasa, a royal Swedish warship that famously sunk in the harbor on its maiden voyage. And so on. It was just a great bunch of people to be around.

What is your proudest achievement working on ALTERED CARBON?
HIRO: I was originally contracted for 3 episodes and wound up in 7. They liked what I was doing so they kept writing me in. It helped that the episodes weren’t shot in sequence. Episode 6, which is my biggest episode, was shot early on, so they got a good look at what I was bringing.

Any favorite scenes that you can share from working on the series?
HIRO: It was all awesome, but I did enjoy my scenes with Martha Higareda and Tamara Taylor especially. I had a great rapport with them and the scenes were written with a lot of subtextual power dynamics. For me as an actor, playing the subtext is one of the things I enjoy most about the craft.

How would you describe the Tanka-Kovacs dynamic through the series?
HIRO: Mutual distrust!

How does Captain Tanaka view Kovacs?
HIRO: It’s complicated by the fact that Tanaka can’t help but see the Ryker sleeve. I know it’s this Envoy named Kovacs in there, but I see Ryker who was very much my subordinate, and very much a loose cannon. The “loose cannon” aspect is where Ryker/Kovacs merge into one, and that’s how Tanaka mainly relates to Kovacs. Kovacs, being an Envoy, is of course infinitely more dangerous as a loose cannon than Ryker ever was.

As an actor, what has been the one thing you have taken away from the experience of working on ALTERED CARBON?
HIRO: I guess it has spoiled me to some extent. After ALTERED CARBON, I had another very intriguing character on the pilot of SNOWPIERCER, another ambitious project with top-of-the-line production values and talent. I want to build on the ALTERED CARBON experience and continue doing ambitious work that has something to say.

You also worked on IZOMBIE. What did you enjoy about working on that show?
HIRO: First and foremost it’s always about the people, and I met a lot of lovely people on that show. Second, that show came out during a time when a lot of zombie shows were coming out, and people were taking the whole zombie thing pretty seriously. I absolutely love the fact that iZombie takes a more humorous and whimsical approach. I think audiences clearly agree which is why the show has been so successful.

What did you take away from that acting experience on IZOMBIE?
HIRO: As a supporting player, I don’t always have the opportunity to flesh out a character with all the complexity I would like. But with the way my career has gone, I have had the opportunity to pursue certain artistic ideas over multiple characters. Case in point, I think IZOMBIE’s Lt. Suzuki was the start of me developing a hard-ass authority character which has culminated with ALTERED CARBON’s Captain Tanaka. They’re not the same character, but I’m bringing things to Tanaka that started with Suzuki, but didn’t have a chance to do with Suzuki.

What has surprised you most about your career so far?
HIRO: If I went back in time 25 years, I think everybody including my younger self would be surprised to learn that I’ve had a sustained and viable career all this time. I think they would also be surprised to learn just how varied it has been. Back in the present, I’m surprised and extremely fortunate that my career is still growing and moving forward at my age. And you know what? I don’t intend to stop anytime soon. I’m going to keep moving to the next level, and the next level after that.

At this stage of your career, what do you think you have learned from the roles and projects you have worked on?
HIRO: I’m a writer as well, and acting in so many projects has taught me a lot about narrative structure. It has taught me to think of individual characters and scenes, no matter how small, in terms of their narrative function. Looking at scenes and characters in this way helps cut through a lot of my artsy-farty b.s. and helps me be clear and less indulgent in my work.

Then what are the perks of where you are in your career right now?
HIRO: Having a career is THE perk. So many actors more talented than I never have a sustained and viable career.

If there were one previous role you would like to revisit, which would it be and why?
HIRO: I’m going to go with two roles I didn’t get to play but dearly wish I had. (1) I once had a wonderful meeting with Leonard Nimoy who was looking to cast a film based on Chang and Eng, the conjoined twins who came to be known as the original “Siamese” twins. (2) John Juliani, one of the champions of modern Canadian theatre, tried to get a production of a samurai “Macbeth” a la Kurosawa’s “Throne of Blood” off the ground. Neither of these projects happened, I wish they had. Both Leonard Nimoy and John Juliani have passed away, but maybe these projects can still happen!

Has there been any great advice you have gotten about working as an actor?
HIRO: I met a cast driver once who had been a boxer back in the 1950’s. He was ranked top ten in the world, but he was never top 5, so he never got a title shot. I asked him why he kept doing it. Surely it was a brutal life and he couldn’t have made any money boxing in the 1950’s if he wasn’t fighting for a title. He said, “Well, it was an easy way to make a hard living or a hard way to make an easy living, whichever way you want to look at it.” He was talking about boxing, but it always stuck with me as the best thing anybody ever said to me about acting.

What advice would you offer to other upcoming and aspiring actors?
HIRO: As they say in investing, hope is not a strategy. Sitting by the phone, hoping you’re gonna get the call is probably not gonna work. You do need clear goals and plan A, B, C… all the way to Z for how you’re going to get there. I might be further along today if I had strategized more about my future when I was young.

Do you have any other upcoming projects that you can share that fans should keep an eye out for?
HIRO: If this interview comes out before March 7th, you can catch me on DESIGNATED SURVIVOR airing that night. There’s a crisis on the ISS and I’m NASA advisor Richard Kim called in to help try and avert disaster. As I mentioned above, I’m also in the pilot of SNOWPIERCER, another hugely ambitious sci-fi project set in a dystopian future. Based on the movie of the same name, SNOWPIERCER is set in a future in which the Earth has been plunged into an Ice Age and all survivors live aboard the SNOWPIERCER train. It’s a highly stratified society with a wealthy and powerful first class living in the front and an impoverished under-class living in the back. I play Magistrate Maki, one of the leaders of the ruling class. The series has been greenlit to go to series, and I’m waiting to see how things will play out for my character. Hoping it’s another huge hit like ALTERED CARBON!

To see more of Hiro’s deft portrayals, be sure to check out ALTERED CARBON, which is currently available for binge-watching on Netflix, as well this week’s new episode of DESIGNATED SURVIVOR, airing Wednesday, March 7th at 10:00 p.m. on ABC. Then also keep an eye out for his new sci-fi series SNOWPIERCER, which will be released later this year on TNT.