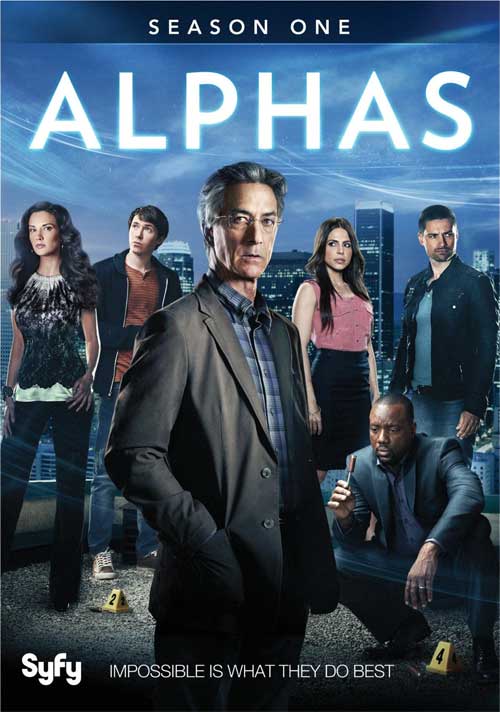 From writers Zak Penn (X-Men: The Last Stand, The Incredible Hulk) & Michael Karnow, “Alphas” follows an unlikely team of ordinary people with superhuman physical and mental abilities – known as Alphas – who take on mysterious cases the CIA, FBI and Pentagon are unable to solve and go head-to-head with criminal Alphas. From Universal Studios Home Entertainment, “Alphas” Season One debuts on DVD July 17, 2012 and fans can now enjoy every episode back-to-back and uninterrupted. Featured extras include the extended premiere episode with 18 additional minutes, a Q&A with the cast and more! “Alphas” is produced by Universal Cable Productions and BermanBraun and returns to Syfy with all-new episodes on July 23, 2012 at 10:00 p.m.