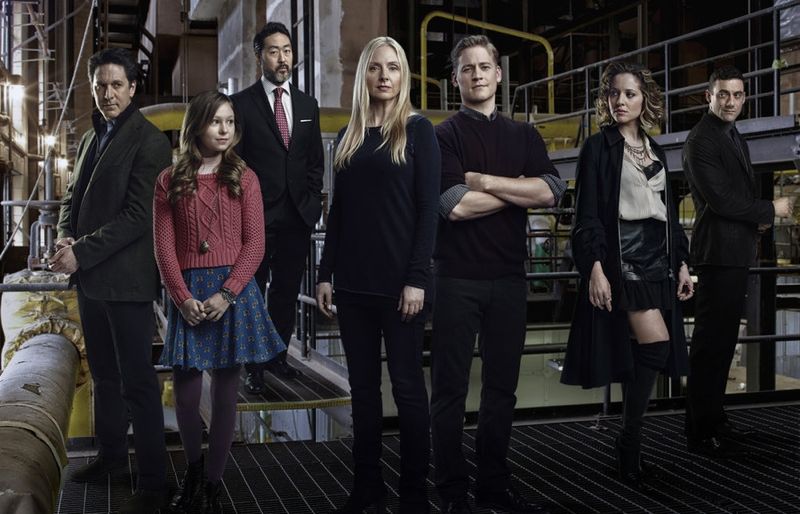 As NBC’s new ALLEGIANCE begins, it’s easy to draw comparisons to FX’s The Americans. ALLEGIANCE also involves Russian spies living among us whose children the Russian government would like to recruit. However, as the first hour plays out, comparisons fall away because of a different setting, time period, and vastly different story, and by the end of the pilot, I found myself quite engaged.

At the center of ALLEGIANCE is the O’Connor family. Mother Katya (Hope Davis, The Newsroom) once upon a time fell in love with an American, father Mark (Scott Cohen, Necessary Roughness). She was allowed to marry him and move to the United States in exchange for the two of them offering up intel to the KGB. Eventually, their daughter, Natalie (Margarita Levieva, Revenge), became part of the deal.

But as Allegiance begins, it’s been years since the O’Connors heard from Katya’s former home country, and they are not sorry to be done with Katya’s former government. Now, though, the SVR, successor to the KGB, wants their son, Alex (Gavin Stenhouse, Iconicles), a new analyst at the CIA, as an asset. Katya is horrified, happy to be living as an American, and wants nothing to do with this. But she may not have a choice.

The pilot of ALLEGIANCE barely gets started in the cat-and-mouse game that will surely unfold. There are plenty of twists, keeping viewers guessing at how much will be revealed how early to each person (though, of course, secrets will come out). Warring motivations of not just the groups involved, but also the individuals, make the match up complex, rather than predictable. Unexpected connections pop up from time to time, further deepening the web.

The cast also includes, besides the four mentioned above, a younger O’Connor daughter still at home, Sarah (Alexandra Peters, Saige Paints the Sky), a Russian handler, Victor (Morgan Spector, Boardwalk Empire), and Alex’s boss, Sam (Kenneth Choi, Sons of Anarchy). This isn’t a large enough group to keep the story going strong for too long, but it’s a fine starting core, giving us one representative of each organization, as well as the all-important family unit.

ALLEGIANCE isn’t wholly original. Certainly, there are many elements, from the sleeper cell to the parents keeping secrets from their children to spy games, that feel quite familiar. With The Americans still successfully airing, it also feels too soon for another show like it on television. However, it’s several steps better in quality than last year’s The Asset. As long as it sticks to its initial serial nature, rather than being forced into a procedural box, as has happened with NBC’s Grimm, this show could say something worth listening to.

The performances are fine, though a little soapier than I’d like. Tonally, I seem similarities to ABC’s Revenge, though thankfully ALLEGIANCE doesn’t push the bounds of reality nearly as much. I think it’s acceptable to have a little melodrama. I just hope it’s reigned in enough to not distract from the parts of the story that really matter, and that the plot focuses more on political machinations than romantic relationships, which are OK if done right and not just hooking up every male character with every female one over time, but tend to be overused to shows’ detriment.

Overall, I’m pleasantly surprised by ALLEGIANCE. Offerings from the Big Four have been pretty disappointing lately, so I admit to going into this one with considerably lowered expectations. The fact that the pilot intrigues me and makes me wonder what’ll happen next is a good thing, even if the characters aren’t ones easy to instantly connect to. The hour takes its time getting started, but once it does, it’s clear that the writers have a plan in place and the story is going somewhere. I’m not fully committed to watching the rest of the season, but it has at least earned a second and third viewing.

ALLEGIANCE premieres this Thursday at 10 p.m. ET on NBC.