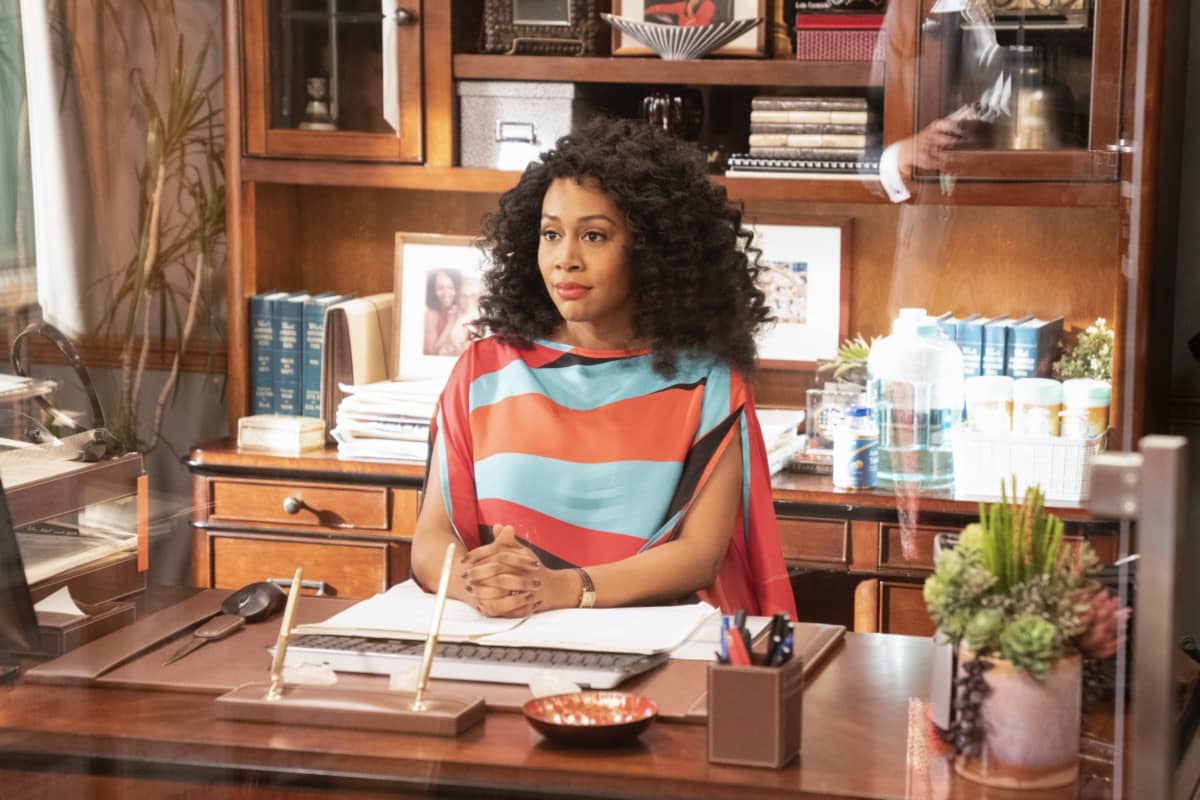 ALL RISE Season 2 Episode 6 Photos Bounceback – s02e06 2×06 “Bounceback”– It’s a new year and Lola’s baby is due any day. She learns the jury was going to deliver a “not guilty” verdict in a case in which she pressured defendant Leon Parsons (Isaiah Johnson) to take a plea deal, forcing her to decide whether to let the plea stand and protect her reputation, or reveal what she knows to Leon. Also, Mark’s in the midst of an intense negotiation with DA Louis Bravo (Ian Anthony Dale) regarding how and when to arrest and charge Deputy Sheriff Rashel (Nick Wechsler) for attempted murder, when Mark is the victim of a brazen knife attack, on ALL RISE, Monday, Jan. 4 (9:00-10:00 PM, ET/PT), on the CBS Television Network. Guest stars include Anne Heche, as police union lawyer Corinne Cuthbert, and Rick Fox as August Fox, who introduces Luke to the idea of restorative justice.