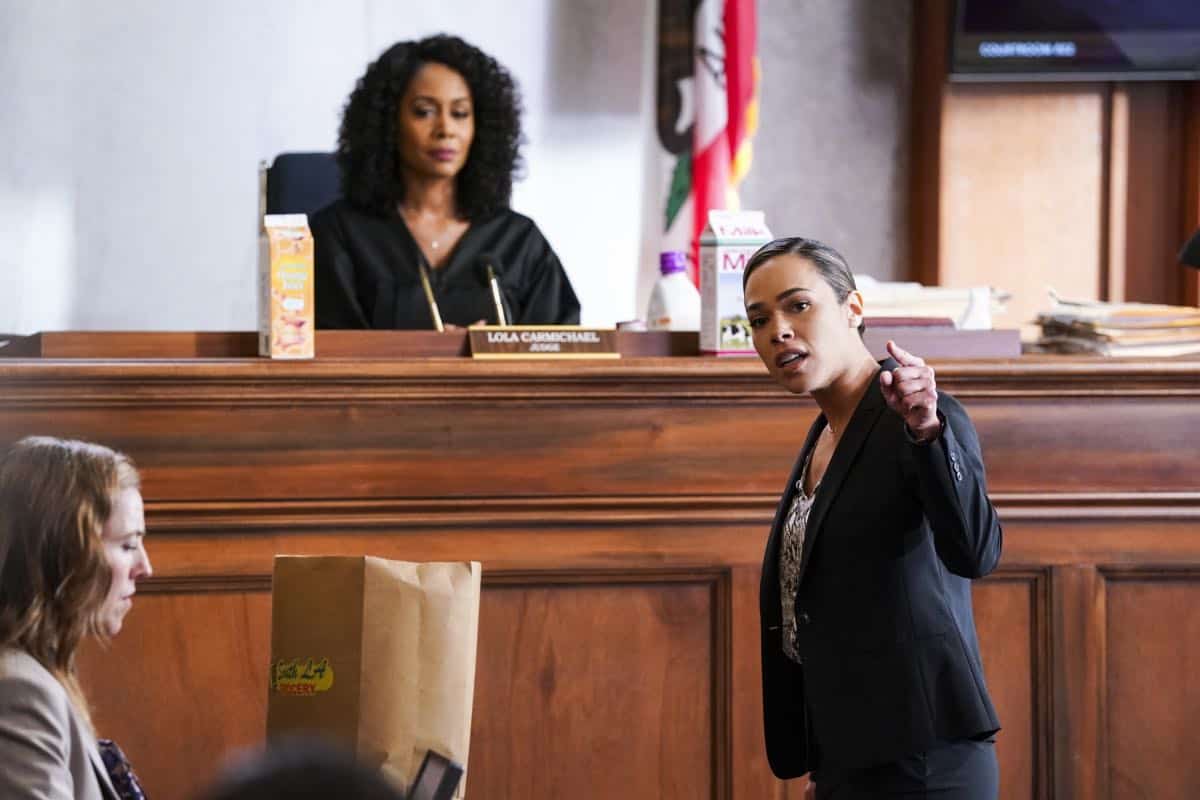 CBS’ freshman drama series ALL RISE returns to production to virtually produce a timely episode that reflects the world’s current state of the COVID-19 pandemic, social distancing and its impact on the criminal justice system. Judge Lola Carmichael (Simone Missick) will virtually preside over a bench trial. The new episode will air Monday, May 4 (9:00-10:00 PM, ET/PT) on the CBS Television Network.

The show’s consulting producer, former Los Angeles County District Attorney Gil Garcetti, is providing insight into how the justice system continues in Los Angeles, even during the pandemic. Throughout the episode, the series’ characters will be shown managing their “new normal” of everyday reality at home, in order to continue their professional and personal lives, parallel to what the nation is currently confronting.

Written and inspired by current events, the new episode will be produced in groundbreaking fashion for a scripted series, filmed extensively using FaceTime, WebEx, Zoom and other available social media and online technology.

“It’s a unique chance for our ALL RISE family to band together – in our different homes, even cities – to tell a story about resilience, justice and the power of community,” says executive producer Greg Spottiswood.

Virtual footage will be shot in each of the series regular’s homes, and producers plan to use VFX to create the necessary backgrounds. In addition, a cinematographer operating solo from a vehicle will capture exterior footage that reflects the desolate environment that currently exists on the streets and in the neighborhoods of Los Angeles. The entire episode will be shot abiding by social distancing rules and technologies taking place in the world as it exists now. Executive producer Michael Robin will direct.

In the episode, after debating the merits of continuing their work during this time, Judge Benner (Marg Helgenberger) authorizes Lola to preside over a virtual trial that involves a dispute between brothers and a stolen car. Emily (Jessica Camacho) represents the defendant, a graffiti artist, and Mark (Wilson Bethel) prosecutes for the D.A.’s office, marking the first time he tries a case in Lola’s “court.” Also, Mark and Quinn (Lindsey Gort) continue to explore their romantic (and sexual) relationship while quarantined in separate homes; Judge Benner oversees court from afar and struggles to learn how to cook; and Sara (Lindsay Mendez) has to balance her day job with a new side hustle as a food delivery driver. Luke (J. Alex Brinson) and Emily’s relationship is taxed by separation, and germaphobe and type-A Sherri (Ruthie Ann Miles) contends with the new world (dis)order.

ALL RISE is a courthouse drama that follows the chaotic, hopeful and sometimes absurd lives of its judges, prosecutors and public defenders, as they work with bailiffs, clerks and cops to get justice for the people of Los Angeles amidst a flawed legal process. Among them is newly appointed Judge Lola Carmichael, a highly regarded and impressive former deputy district attorney who doesn’t intend to sit back on the bench in her new role, but instead leans in, immediately pushing the boundaries and challenging the expectations of what a judge can be. The show is produced by Warner Bros. Television and CBS Television Studios, and executive produced by Greg Spottiswood, Michael M. Robin, Len Goldstein, and Dee Harris-Lawrence.